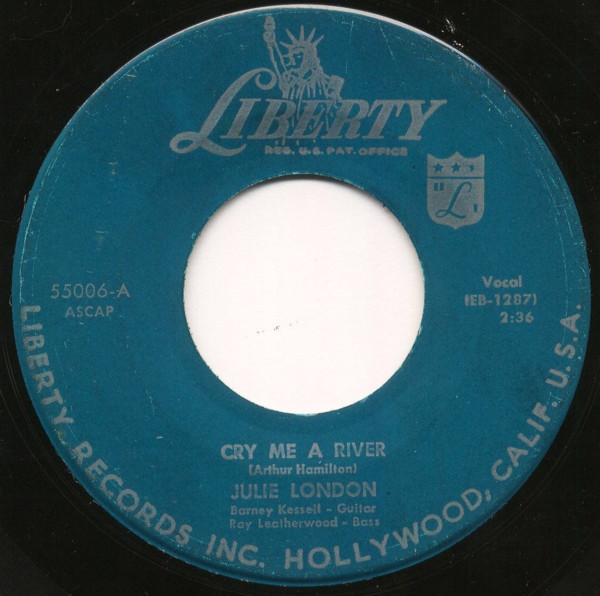 Backed only by Barney Kessel on electric guitar and Ray Leatherwood on bass, Julie London’s sultry rendition of “Cry Me a River” is one of the most laidback breakup songs you’ll ever hear. The best moment comes at the end, as the song fades away with London’s languid voice reverberating into the background.

Charles Mingus’ tender tribute to the late great Lester Young has become one of the jazz master’s signature compositions. And with good reason: the main melody is one of the most memorable in the history of the genre, springing to life due to the brilliant interplay of twin tenor sax players Booker Ervin and John Handy.

It’s no surprise that this rags-to-riches origin story about a country boy who “could play guitar just like ringing a bell” became the de facto origin story for the entire genre itself. Ever since it was released as a single in 1958, Chuck Berry’s “Johnny B. Goode” has been nothing short of the most famous rock & roll song ever made. Nearly 70 years after its release, the song still holds all the youthful exuberance that made it such a groundbreaking hit.

The second track from Dave Brubeck’s legendary Time Out LP begins with a two-minute piano solo, showcasing the bandleader’s blocky, melodic, classically-influenced technique. As soon as the solo reaches a climax, the song seamlessly switches gears, making for one of the smoothest transitions in jazz history.

“So What,” the opening track from Miles Davis’ modal jazz masterpiece, Kind of Blue (also the best album of the decade, in case you hadn’t heard), is the perfect introduction to the trumpeter’s at-the-time newest innovation — a mysterious synthesis of cool jazz and classical that had been brewing since Miles Ahead. If “Milestones” was the warmup, then “So What” is the crystallization. It drifts by unhurried, sounding at once familiar and foreboding.

20. “Springtime in Chicago” by Sun Ra

“Springtime in Chicago,” the penultimate track on Sun Ra‘s sophomore LP, is a beautifully surreal lullaby lost through the looking glass. Featuring primitive percussion and out-of-tune electric and acoustic pianos, the haunting song hints at the experimental directions his music would soon take. Nevertheless, the dreamy melodies and leisurely pace remain an anomaly in Sun Ra’s anomalous discography.

By definition, swing music is played at a fast tempo, and the Count Basie Orchestra was the fastest and liveliest big band of them all. Yet the final song on 1958‘s The Atomic Mr. Basie is an exercise in slow-moving downtempo, a beautifully lazy saunter to the finish line. In a sense, the song represents the culmination of the Count’s entire career.

Bud Powell‘s frequent run-ins with racist cops led to frequent visits to mental institutions, where failed electroshock therapy sessions only worsened his overall health. By 1953, Powell’s condition was already deteriorating — his music had become frantic when it once was fluid. “Glass Enclosure,” which jumps from bebop to classical to avant-garde, is a harrowing fantasia that reflects the composer’s own madness. Despite the circumstances, it is unquestionably his greatest achievement.

John Fahey seemingly repeats a circular acoustic riff for three minutes, yet the end result is nothing short of brilliant. Technical wizardry aside, the structure of “Sligo River Blues” is genius in itself — despite a hypnotically minimalist structure, the song is constantly changing. It’s like the old proverb says: ‘No man ever steps in the same river twice.’

Combining lounge music orchestrations with tribal rhythms, Les Baxter developed a new style of easy listening: exotica. And “Sophisticated Savage,” a supremely catchy tune, is the greatest exotica song of them all. The short song calls to mind imagery of jungles, tribal rituals and the traditions of South America, all of which can be safely enjoyed from the comfort of your own home.

Built on a gentle two-chord progression, “Piece Peace” is one of the most beautiful songs ever recorded. Despite its pastoral mood and impressionistic influence, the piano commentary becomes more improvised and dissonant as the piece progresses. The genius lies in the song’s ability to maintain its relaxing composure regardless of the discordance that eventually consumes it.

Originally composed in 1942 by Johnny Mercer and Chummy MacGregor, Miles Davis quickly made “Moon Dreams” a staple of his early-’50s repertoire. Perfectly arranged and gracefully structured, the song remains the highlight of the trumpeter’s Birth of the Cool sessions. Yet the haunting conclusion, in which the song undergoes a radical polyphonic transformation, is why “Moon Dreams” lives up to its title.

This celesta-tinged ballad remains one of Thelonious Monk‘s most timeless works. It’s also the dreamiest song he ever recorded, thus making it a smooth standout in a discography so often filled with odd angles and brilliant corners.

Miles Davis plays his heart out on “Blue in Green,” which rivals the aforementioned “Peace Piece” for the most beautiful song on this list. Despite sharing Bill Evans’ piano, the ballads couldn’t be further apart emotionally — “Peace Piece” is triumphant in its solitude, whereas “Blue in Green” is among the loneliest songs you’ll ever hear.