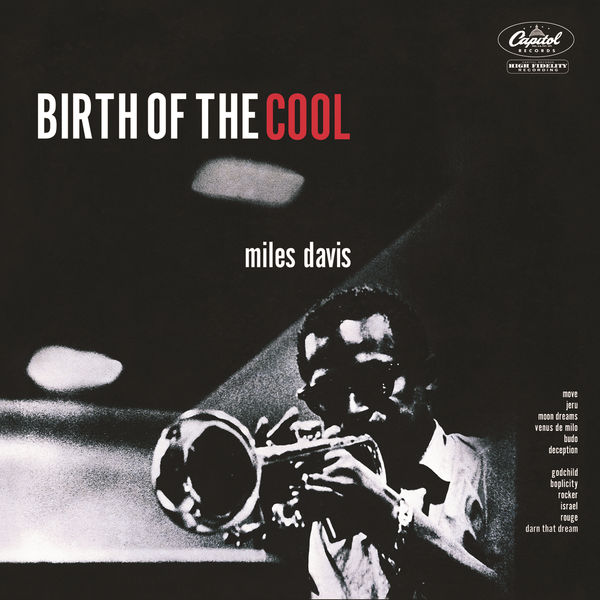 Miles Davis’ first collaboration with Gil Evans is nothing short of an all-time masterpiece. Every song is essential. It’s obvious from the get-go that Davis and his cohorts have stumbled upon a sound out of time — the vivacious energy of bebop shellacked with a relaxing varnish of dreamy classical.

Each song features at least one subtle tonal shift, an ambiguous quality that always keeps the listener at the edge of their seat. None is better and more left-field than the polyphonic breakdown that closes “Moon Dreams.” It’s one of the most surreal moments in Davis’ catalogue.

Recorded in three separate sessions from 1949 to 1950 (and released as a 10” LP in 1954), Birth of the Cool laid the foundations for all major jazz developments in the decade that followed. From the proto-Mingus post-bop of “Israel” to the modal “Venus de Milo” at the album’s center, Davis rewrites the rulebook of what is and isn’t possible.

Birth of the Cool – Miles Davis