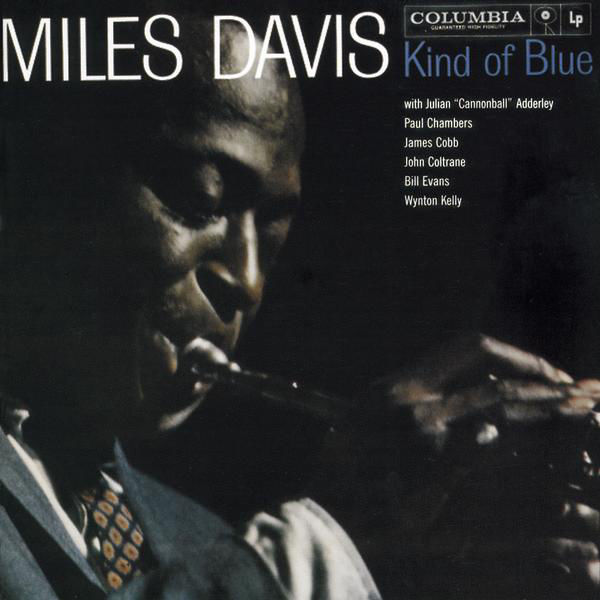 With Kind of Blue, Miles Davis reached musical nirvana. Not only is it head and shoulders the finest achievement of his legendary career; it is easily the best album of 1959, the 1950s decade and the entirety of jazz music itself. As if that wasn’t prestigious enough, Kind of Blue also makes a compelling argument for being the greatest album of all time.

In music criticism, “timeless” is an adjective that gets thrown around quite a lot. On this website, I’ve already used the phrase to describe albums by Hank Williams, Wynton Kelly and John Fahey, among others. But there truly isn’t anything more timeless than Kind of Blue, a work of art that transcends easy categorization.

The opening track, “So What,” is the perfect introduction to Davis’ new sound — a mysterious synthesis of cool jazz and modal classical that had been brewing since Miles Ahead. If “Milestones” was the warmup, then “So What” is the crystallization. It drifts in unhurried, sounding at once familiar and foreboding.

The rest of the songs follow suit: “Freddie Freeloader” tackles 12-bar blues like never before, “Blue in Green” is one of the most sorrowful ballads ever made, “All Blues” strips modality to its bare bones via haunting repetition, and the Bill Evans-based “Flamenco Sketches” concludes the album on a mournfully ambiguous note, drifting out at a leisurely place that retains the mysterious atmosphere that had permeated the album since it began.

And although the featured players on the album (John Coltrane, Bill Evans, Jimmy Cobb, Paul Chambers and Cannonball Adderley) would all go on to have successful careers, the immediate influence of Kind of Blue was muted due to Ornette Coleman’s earth-shattering experimentations on The Shape of Jazz to Come. Free jazz was seen as the way of the future, a development which irked Miles for years to come.

However, any attempt to replicate the achievements of Kind of Blue would be impossible anyways. This is music at the top of a mountain — you can’t climb any higher when you’ve already reached the summit. And for that reason, Kind of Blue will forever remain one of the greatest works of art in modern history.