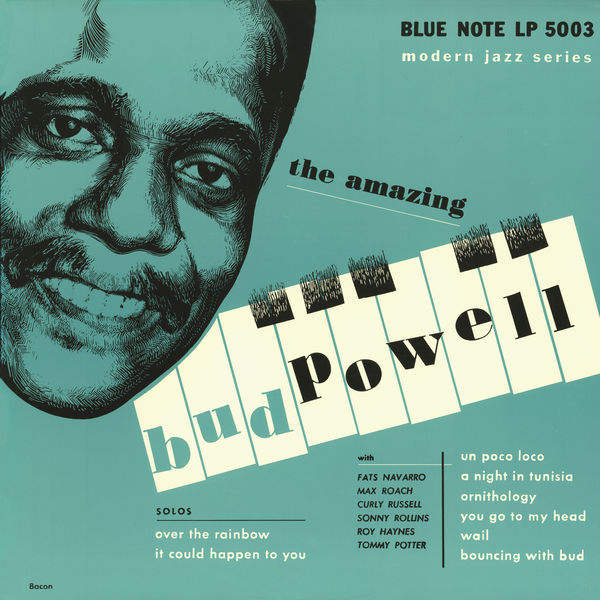 “Goddamn, Bud Powell’s amazing,” I said to myself while unloading the dirty clothes into the washer, not even realizing how perfectly self-explanatory the title of this 1952 release is. The socks, quickly turning over and over, seemed to dance in agreement as “Wail” played in the background.

It’s true, too — Powell’s piano playing is revelatory, a perfect synthesis of bop tradition and angular modalism. This, his greatest work, finds him at the peak of his powers. The Amazing Bud Powell, indeed.

Just like his previous Piano Solos series, Powell runs the gamut from ballads to bop to bossa nova. This time, however, the backing accompaniment is not so spare. Sonny Rollins lends saxophone to a few numbers and drummer Roy Haynes occasionally steals the show, but Powell’s soothing-yet-energetic dynamism consistently leads the way.

“Un Poco Loco” and “A Night in Tunisia” add an exotic flair to the proceedings, while the closing “Bouncin’ With Bud” is an early antecedent to hard bop. In the meantime, Powell turns well-established standards — such as “Over the Rainbow” — into just-barely-recognizable works all his own. You wouldn’t think that so much nuance could be packed into such a short running time (8 tracks, 26 minutes).

I’ve always said (usually when I’m talking to myself doing the laundry) that Powell doesn’t get the recognition he deserves. This album seals it for me — the crowning achievement of a true American master, one of the greatest pianists of all time.