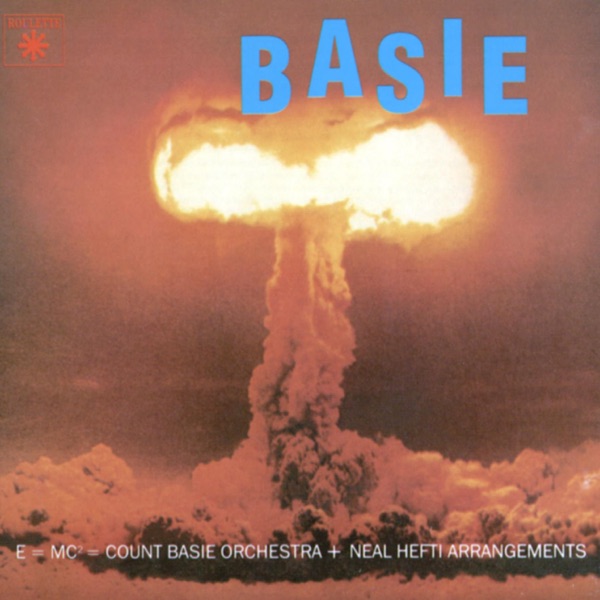 William “Count” Basie was one of jazz music’s original innovators. Born in 1904, he studied under the likes of Fats Waller and James P. Johnson before relocating to Kansas City in 1929. By 1938, the Count Basie Orchestra was the most popular swing ensemble in America.

By 1958, however, the Count’s popularity had waned quite a bit. His live performances were still electric, and his tours still successful, but the big band genre he invented had long ago been passed over by jazz bebop and its modernist variants. Basie was past his prime. Or so everyone thought.

Beginning with his 1955 collaboration with blues singer Joe Williams, Basie enjoyed an unexpected career renaissance. He had always been a musical genius, but not a single person expected him to make the best music of his career at the age of 53. On The Atomic Mr. Basie, Basie proved that he aged like a fine wine.

The album’s most impressive attribute is its bold, ambitious structure. The first seven tracks are fast-paced, upbeat, lively and energetic, recalling the Count Basie Orchestra’s 1940s heyday. The powerful blasts of brass are as explosive as the mushroom cloud on the front cover. Then about halfway through, starting with “Midnite Blue,” the album slows down for a beautifully lazy saunter to the finish line. It all culminates with the gentle “Lil’ Darlin’” — one of the most satisfying album-enders of the decade.

The Atomic Mr. Basie marks the zenith of the Count’s creative exploration. Not only does it swing – it rocks. Basie’s entire career culminates with the 4-minutes-50-seconds that make up “Lil Darlin.”