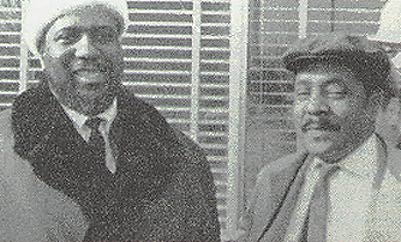 Compared to, say, Volume One, the songs on the sequel are a bit more frantic — something seems to be slightly off. “Autumn in New York” opens the LP with serene beauty, but the six songs that follow are erratic in nature, especially when compared to the fluidity of Powell’s previous work. It isn’t until the final song that Powell reaffirms his position as one of the preeminent jazz masters of the era: “Glass Enclosure” is unquestionably Powell’s greatest achievement, a harrowing fantasia that reflects the composer’s own madness.

Monk and Powell: Jazz Pianists in 1954