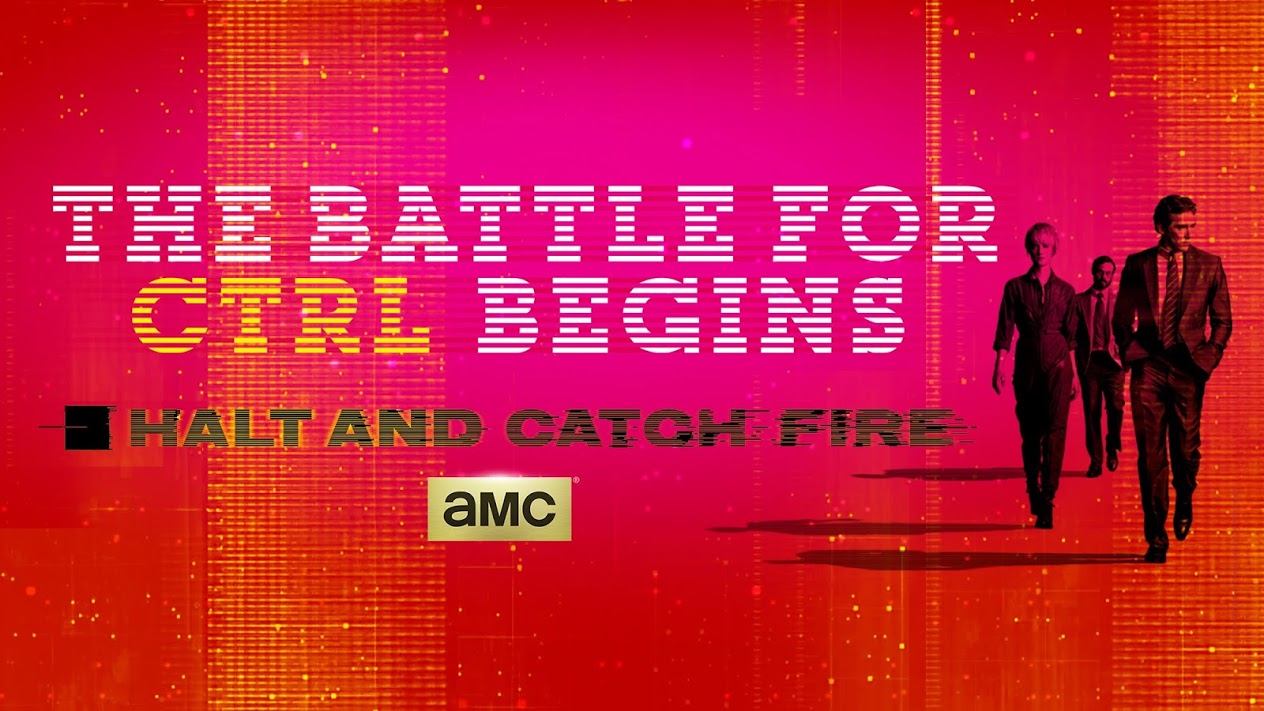 The final three episodes of season one— “The 214s,” “Up Helly Aa” and “1984”—did a good deal in restoring my faith in this show.  Halt and Catch Fire floundered in the beginning of the season, threatened to find footing in the middle, and finally found it by the end.  The problem with that is, when watching in real time, did you have the patience to stick with Halt through its first seven shitty weeks?

Season one of Halt and Catch Fire—an AMC show about the early days of home computer engineering, set in ’83 in Texas—had a small and ever-dwindling viewership.  Luckily, in the age of Peak TV, every show gets at least a second chance (and Yahoo will likely even give you a third chance).  Halt’s strong finish to season one was enough to convince the AMC bosses that a second season was warranted.

That strong finish was mainly due to Halt finally finding its voice. The series began as a shameless Mad Men rip-off—as shameless as Suits (and I’ve never even seen Suits!).  The main character, Joe MacMillan, was manufactured completely from Don Draper stock footage.  In the early going, this show was pretty bad.  To wit:

Every character in the show is pretty much an unlikable twit, save for a humorous Texan by the name of John Bosworth.  Gordon Clark is a squirmy little weasel; Cameron Howe is a punk rocker who probably prefers Dead Kennedys to Black Flag; Donna Clark is a frightful mashup of Skyler White and Betty Draper; and Joe MacMillan is a monkey’s red asshole masquerading as Don Draper.

Drinking game: take a shot every time you feel Halt rips off Mad Men.  You’ll be having you’re stomach pumped, if you’re not dead, by the time you reach episode two.  But at least the show looks nice—a smooth and colorful aesthetic that screams “Prestige TV” right at the AMC executives’ faces.  And there are good tunes too—XTC, CCR and The Clash, among others.  But those are the only redeeming qualities.  I wouldn’t fault you for giving up at this point.

Halt creators Christopher Cantwell and Christopher C. Rogers know the Matthew Weiner Prestige Playbook so well that they will probably write the preface for its second edition.  Well, it starts to pay off a little as we reach the middle of the season.  The ‘sodes still aren’t coherent—or good for that matter—but the characters started to grow on me a little more.  To wit:

The symbolism is so on the nose that it makes me sneeze, the plots so disjointed that they hurt my back, and Joe MacMillan such an egregious douche that it makes me sick.  Characters like Cameron and Bosworth at least make it halfway interesting.  The other half is dragged down by the messes that are Joe, Donna, and sometimes Gordon.

But still, the visuals are stunning.  An episode like “Landfall” is worthwhile because a hurricane blows through town.  But we can’t have hurricanes blowing through town every goddamn week, now can we?  It just wouldn’t be sustainable from a budget standpoint, so I guess the writers must step it up if this show wants to be saved…

…And saved it they did!

Seemingly, an episode from another show.  A much more confident, assured show.  The action finally picks up, all the characters work together for once and the ending hits all the right notes (not limited to The War on Drugs’ “Red Eyes”).  I didn’t care for all the technical computer voodoo of the first seven episodes, but this episode at least made me care that the characters care.  I guess I owe them that much.  This is where they truly earned it.  Even Joe.

The show gets melodramatic and choppy once again, Joe returns to being a baboon’s butt and it seems like all the progress made in “The 214s” was all just a Mark Sanchez fluke.  But, fumble this is not, as “Up Helly Aa” continues to show potential, carried by a busy plot.

The finale that confirms Halt season two is worth watching: “1984” provides the chance to reboot.  After “Up Helly Aa” put a cap on season one’s main storyline, the finale fulfills the potential of “The 214s” with the winds of change sweeping the Silicon Panhandle.  The characters are going their separate ways and it looks like a new, and better, beginning is on the way.

But, if the best thing about season one was the fact that it gives season two a second chance at a first impression, was it even worth it?  When TV shows get better in their second seasons, one of the most asked questions is: “do I have to watch season one?”  Happened with The Leftovers and it happened with Halt.  My answer to both would be that yes, it’s worth it.

Season one of Halt and Catch Fire wasn’t anything to write home about, especially in the early going.  Like season one of The Leftovers, it showcased potential and eventually lived up to that potential by season’s end.  Obviously, The Leftovers paid off on a much grander scale, but the comparisons are still there.

Both shows had problems in their debut seasons and both shows seemed that they could benefit from a change of scenery.  Luckily, this was recognized before seasons’ end, closing off their choppy season one arcs with successful finales that burnt away all their problems.

Halt and Catch Fire seems to have a new focus heading into season two—Cameron’s new startup company Mutiny—and could be looking at an uptick in quality.  This is a show that has featured good directing, good music and a potentially unique look at the world of computers.

But Halt ain’t done nothing yet.  It sets itself up for a chance to start over, which is its most admirable quality, but still has to follow through on that promise too.  At least it finished off better than it started.  Season one gets a B Minus because of its final three episodes, but it was a C Plus show for most of its run.  Hopefully Halt learns from its mistakes.

Halt and Catch Fire season one

3 thoughts on “Halt and Catch Fire season one”