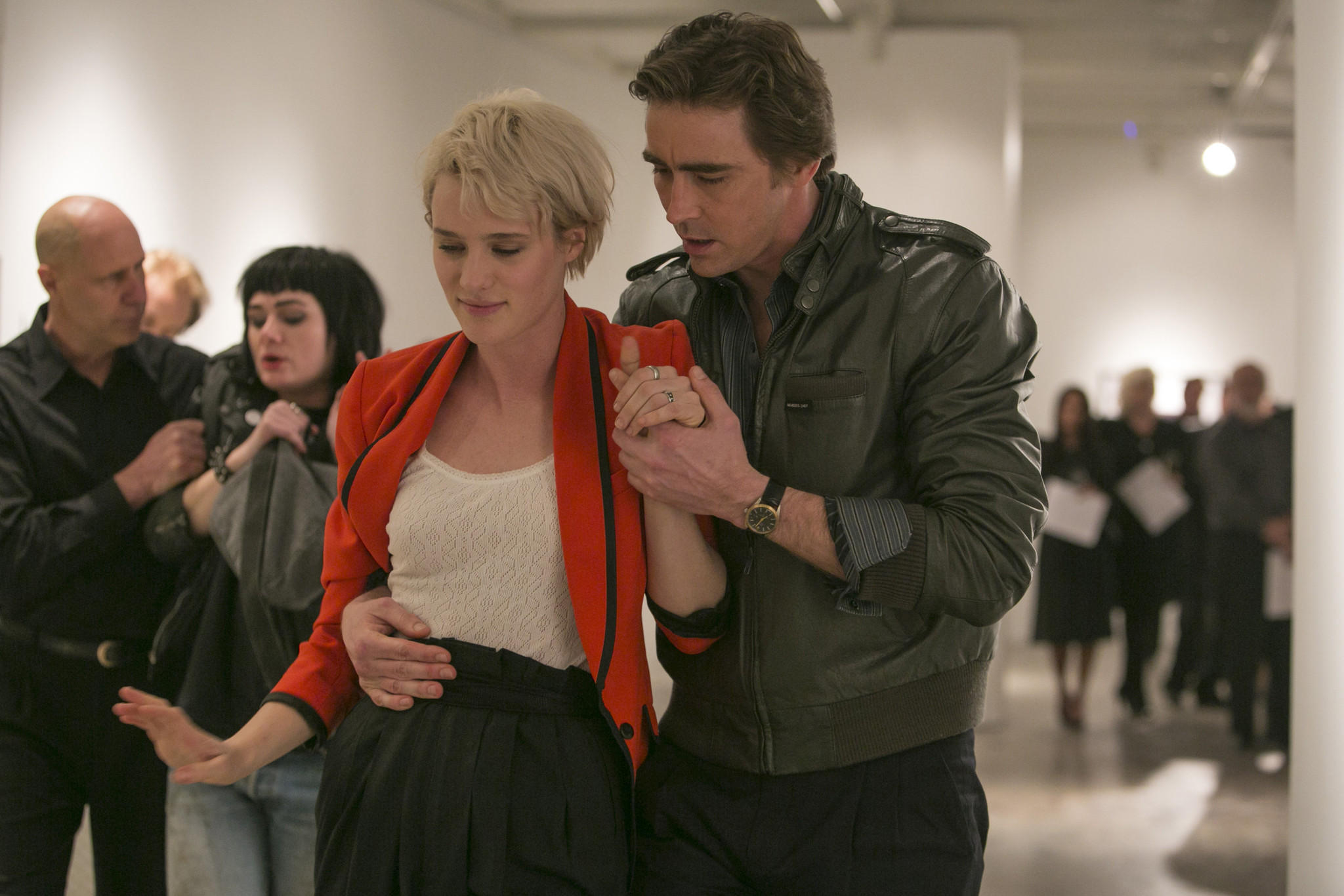 Could use another hurricane

Seven episodes in and some of Halt’s techniques are starting to take shape.  What I’m noticing now is the storytelling approach per episode often has Joe, Gordon, and Cameron all doing separate things by themselves.  This can work, but it can also feel disjointed.  Halt and Catch Fire episodes, from a plot standpoint, don’t feel “full”.  I want to come away feeling like I just ate a Thanksgiving dinner, not like I ate three gas-station Slim Jims.

Joe and Cameron share scenes together since they’re a thing now, but I’m not invested in their relationship all that much.  Cameron’s probably the best character on the show, but the “will it work out?” shtick between her and Joe is tired fare.  It doesn’t do anything for the characters, the show, or for me and you, the viewers.

The only time their relationship ever comes close to titillating is when the two elope in masochistic shock-treatment foreplay before a night of ardent off-screen lovemaking.  Happens pre-credits, too.

Another clichéd plotline involves Gordon’s wife Donna, who is off on a business trip with her charming Texas boss.  The two get drunk, trade cringeworthy lines, and Donna ends up nearly sleeping with him.  She quickly realizes her mistake and drives back home, confronting Gordon digging up a “giant” in the backyard.  End of episode.

Donna has been cringe personified so far.  Everything she does—her entire character—seems thrown in just because an “unhappy housewife with ambitions of her own” storyline feels like the “safe” thing to do.  Blame the creators of the show, Chris Cantwell and Chris Rogers, for that momentary lapse of reason.

Gordon, on the other hand, might be turning out to be one of Halt’s most original creations so far.  He’s a true beer-drinking sniveling everyman and a computer engineer.  The computer-engineer everyman is something I don’t think has ever been done and Gordon did grow on me a little this episode.  In his pity are some much-needed moments of humor.

However, Gordon’s weekly storylines have been a little heavy-handed on the symbolism.  Overtly obvious symbolism, for that matter.  The nighttime story he tells to his daughters, his opening dream sequence (another one?), and his exasperated “I’m digging for the Giant!” ending are not only on-the-nose, they get inside the nasal passages and make me sneeze.

He is always in plots by himself, seemingly, and I’m not sure he’s shared a meaningful scene with Cameron throughout the entire show.  This is Halt’s disjointedness in full bloom.

The “main” plot of the hour harkens back to Joe’s bisexuality (remember “High Plains Hardware”?).  Since Joe is apparently in his “changed man” phase after fully committing to Cameron last episode, a gay lover from his past could be the thing that shakes it all up.  More melodrama ensues, with Cameron unsure of how to react to this new development.  But, once again, the relationships in this show—Joe/Cameron, Gordon/Donna, Donna/her boss—aren’t intriguing enough to warrant continuity.  Especially Donna and her boss.

Despite continued writing gaffes, Halt’s characters—mainly Cameron, Bosworth, and maybe Gordon—are settling in to the groove of “TV characters you’re comfortable spending time with”.  Yet therein lies the problem, because these characters never share significant screen time together and are all kinda on their own little islands.

Here’s to hoping for some better Halt episodes ahead.