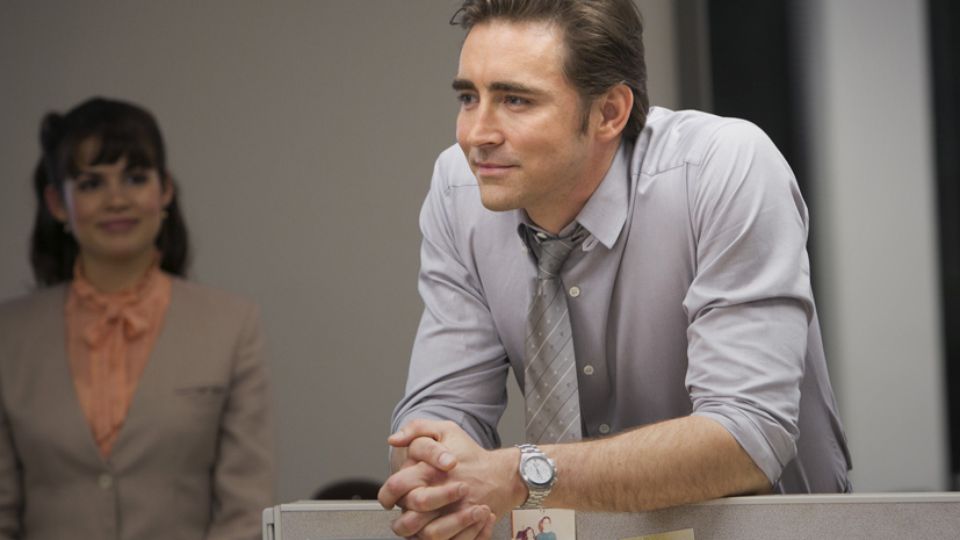 This episode is actually a little better than the pilot, up until the final sequence at least.  There is some semblance of a goal (Joe wants to craft a PC that is twice as fast and half the price as IBM’s) and there are some character dynamics starting to take form.  We start to get introduced to the workplace setting—with Gordon in a nice cushy office as hardware engineer and Cameron working from a basement storeroom writing BIOS code (whatever the fuck that is).  And Joe’s actually a little less unbearable this time around.

Not only that, but it’s nice to see that Halt has developed a little sense of humor also.  There’s nothing too funny, mind you, but there’s definitely some good progress being made in the laffs department—in flat-out jokes (“There’s balls on your face”) and in dark humor as well (Cameron’s shoplifting scare).

But the truth is that the goal isn’t interesting, the character dynamics aren’t compelling, the setting isn’t unique, Joe isn’t someone a good show can be based around, and a couple grins doesn’t necessarily warrant funny.

After the pilot, the only character I kind of liked was Cameron.  She regresses here, turning into the rebellious punk girl stereotype.  This includes arguing over opinions, listening to hardcore punk (no Black Flag?), obnoxious anti-social behavior, and a sleek tank top with army pants combo—the latter of which Mackenzie Davis can definitely pull off.  She can also pull off this performance too, she’s a good actress, but the writing is not challenging her.  Cameron the riot grrrl could bring so much more to the table.

The worst plot of the hour goes to Gordon’s wife Donna continuing to do frustrated housewife things.  This week she gets mad at her husband for not telling her about his female coworker, a problem which could have easily been avoided if Gordon didn’t go along with the lie that Cameron was a dude in the first place.  A la Tony Soprano in Sopranos season one?

The episode builds—various arguing scenes and speeches and business-related calamities for Cardiff Electronics—to its climactic final nighttime showdown in the parking lot.  It must be noted that this was a pretty decent / “meh”-as-compliment episode until this scene.  Joe, Gordon, and Cameron all get into a heated argument, bathed in the floodlights of their parked cars—there’s a lot of “you were going to fire me,” “you ruined my life,” “your wife sucks,” blah blah etc.  This leads to Joe and Gordon dropping fists, which leads to Joe’s shirt being ripped open, which leads to Gordon and Cameron shocked in awe of the scars that adorn his muscular torso, which finally leads to a motivational speech from Joe that is all fluff no nutter.  All schlock, no shebang.

It’s supposed to be a big moment for our troubled antihero Joe, but it instead showcases the schlockmeister for all he really is—a purveyor of cheap and trashy goods.

And are Halt’s creators, Christophers Cantwell and Rogers, schlockmeisters themselves?  Their creation has been a chore thus far.