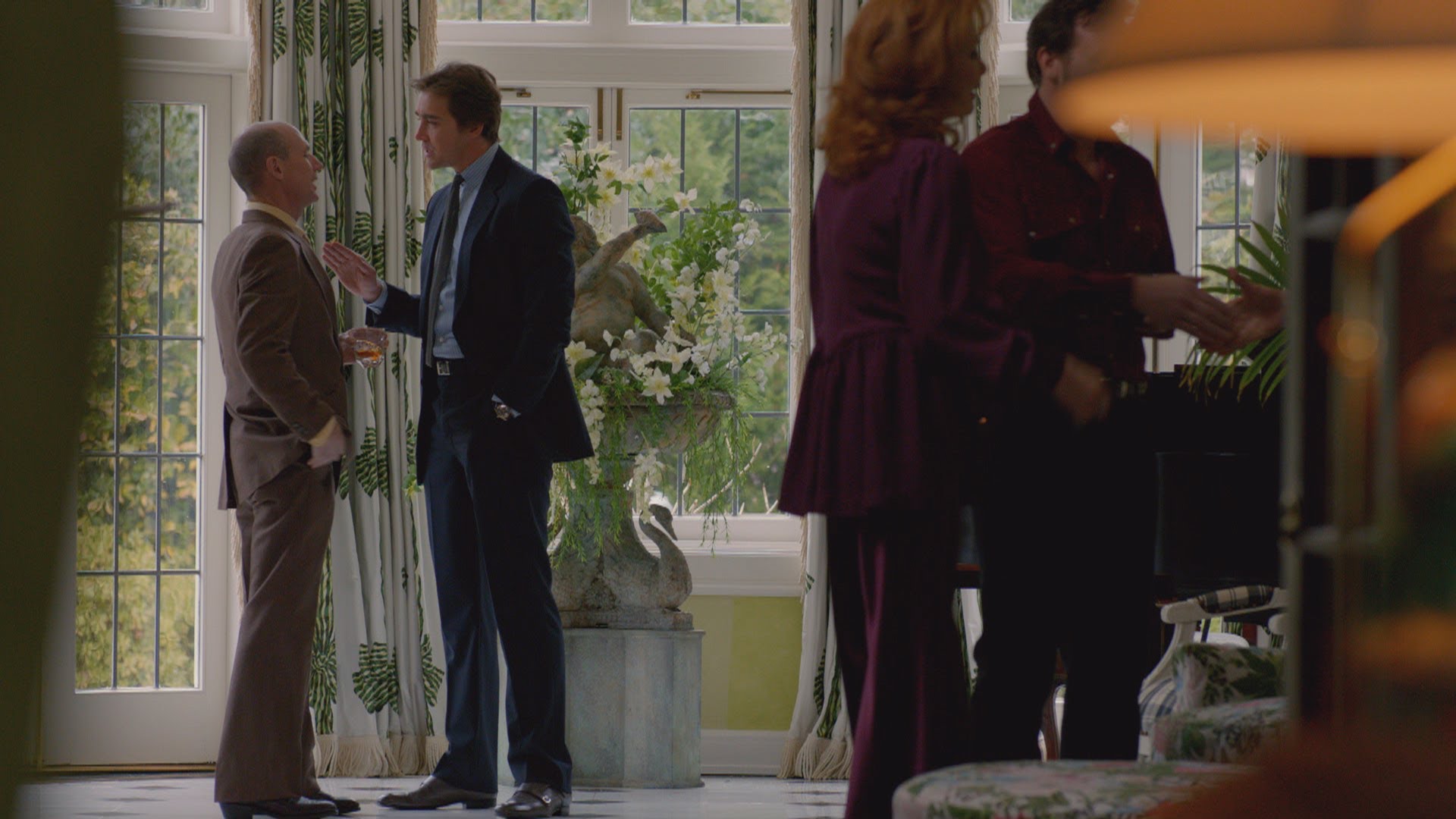 Not two minutes into the episode, we are treated to the sight of a naked Joe, standing heroically like a Greek Odysseus looking out his apartment window, synthpop pounding in the background.  So it’s gonna be one of those episodes, eh?

All of the characters spend the episode separately performing their jobs and the show feels jumbled as a result.  Gordon struggles to come up with a way to make Joe’s vision—a PC weighing less than 15 lbs—come to fruition.  All of his innovative ideas are shot down by another employee, but with a full stable of nerds at his hand, who needs this asshole?  The company—Cardiff Electronics, if you weren’t paying attention (I wasn’t)—is downsizing anyways.  Gordon fires him by episode’s end, showing that he is growing more confident.

Yet Gordon’s story, while indeed watchable, isn’t altogether interesting.  His wife Donna also gets more independent screen-time, but her storyline already feels stale and well-trodden.  The closing scene of the episode, with her about to kill a little bird with a shovel, is a little like Mad Men’s “Shoot”, no? So far the characters aren’t strong enough to elevate the generic writing, which makes the end product—say it, Homer Simpson— “BORING” as a result.

Ditto for Cameron’s storyline as well.  She spends the episode with a serious case of coder’s block.  To relax her mind, she decides to go on a shopping spree.  Along the way, she encounters some punk kids—some truly sinister-looking alley folk, to tell the truth.  They invite her to a little punk jamboree, replete with hardcore music, an amateur tattoo station, and moshing idiots (no crystal meth, surprisingly).  While at the “party”, Cameron has the spontaneous breakthrough we knew was coming.  I pray to God that these random obnoxious punks don’t become recurring characters.

Joe, meanwhile, is at the center of the episode’s “big” moment, but it doesn’t strike me as something I should care about because I don’t care for Joe at all.  He and his boss, John Bosworth (who is probably the only character I slightly enjoy), spend the episode at the dinner party of one Louise “Loulu” Lutherford.  Loulu offers 10 million clams in exchange for an 80 percent stake in the PC project.  Joe is insulted by the offer and to sabotage the deal, he seduces Loulu’s boyfriend.

Now, Halt and Catch Fire isn’t even implying that Joe is gay, or even bi.  In fact, it’s implied that he’s fucking Cameron again by episode’s end.  The scene establishes that Joe will go to any lengths possible—any lengths, ahem—to get what he wants.  He’s an asexual sociopath, and God only knows we don’t need any more of those around, on TV or otherwise.

Yet Joe is an asexual sociopath that I don’t particularly care for, so I’m not interested if he’s pitching or catching or just doing it to keep up appearances.  It’s supposed to be a huge moment and it is totally reliant on Joe having been a charismatic and dynamic lead character up to this point, which he hasn’t.  It’s a cheap ploy, a gimmick.

So, while the series is actually starting to take form somewhat and show improvement in some spots, it continues to feel like, for the most part, a long and pointless trudge.