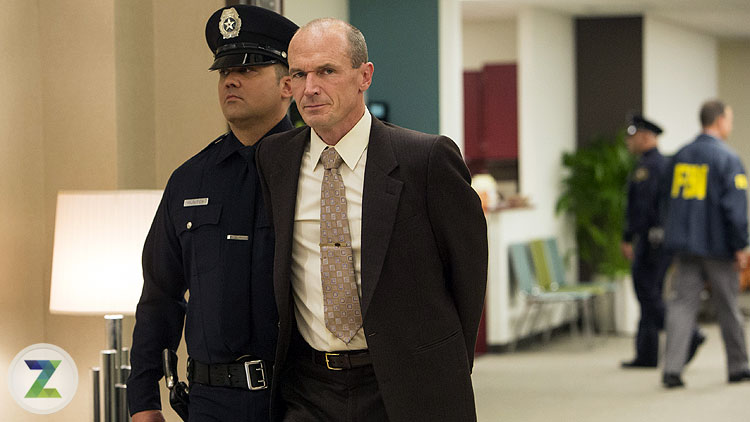 Let’s pull together as a team

Looks can be deceiving but they can also be alluring.  Halt and Catch Fire has always looked the part of a prestige drama: assured direction, great visuals, and suitable period dress.  It was just that everything else was lacking: the writing, the characters, Lee Pace, etc.

Here is an episode—the eighth of the series—where “everything else” finally catches up with the visuals, uncorking the true potential of this show.  It makes me a bit angry that it’s taken this long for the show to deliver a “good” episode, but hey I’m in it for the long haul (because I heard that seasons 2 and 3 are way better).  I’ll take it.

“The 214s” works because things are starting to finally happen.  Connections between prior episodes and plot points are being made.  Action is happening.  At last, action!

Disparate elements such as Joe’s possible pasts, Joe MacMillan Sr., and Donna’s relationship with her boss all tie together to make something out of what was previously nothing.  It’s as if episode writers Dahvi Waller and Zack Whedon scooped up all the worthwhile moments from the muck of the previous seven episodes and formed a nice, aesthetically-pleasing clay pot from what used to be shit.  I’m not saying that the trudge through the sludge was worth it to get to this point, but “The 214s” is an episode that, somehow, works because of what’s come before.

As if my woes from last episode weren’t more perfectly timed, Halt and Catch Fire finally gets its three main characters together for a plot in which they must actually work together for once.  We even get a bonding scene between Gordon and Cameron.

An early scene sets the tone of the episode, as the police come in to the Cardiff offices, arresting John Bosworth, who apparently embezzled thousands of dollars (with aid from Cameron) from a bank to keep the company afloat.  Raids are made, the office is shut down, and Cardiff Giants (the computer they’ve been working on this whole time) are seized, but—in the first scene of the show that can actually be called exciting—Gordon races against time to disassemble a Giant so the cops won’t realize what it is and take it.  Not edge of your seat excitement, but hey, it’s something.

Gordon later breaks back into the office and steals the disassembled Giant and this is also the first time where the main gist of the show finally clicked for me.  For once, I was invested in these characters’ collective mission to make and market their own computer.  Now that they’ve hit rock bottom, I kinda care for these guys and am now actively rooting for them.

Gordon tries to get the crew back together for one last hurrah, as he rounds up Cameron and Joe so all three can go to COMDEX and unveil the Giant.  Speeches are made, but for the first time in the show the speeches are inspirational and heartfelt.  Dialogue crackles.  I find myself wanting to know what is going to happen next.  Who are you and what have you done with Halt and Catch Fire?

Even though last episode was bad, I found myself getting more comfortable spending time with the characters.  Cameron, and more recently Gordon, have always been well-acted and ripe for exploration, but Halt’s writing staff has failed to write interesting material around them.  Here, in the face of crisis, Cameron and Gordon both shine and carry the storyline.  Even Joe MacMillan comes across as “not an egregious douche”, which is significant progress from where he started the show.

Like I said before, this episode works mainly because of what’s come before.  It almost plays out like a season finale; it’s got that conclusive quality about it.  Payoffs are made, debts are paid, and Joe sells his car.

The only dark spot on the pants of “The 214s” is, once again, the Donna storyline. After last week’s clichéd tripe, it was obvious that Donna’s coming-to-terms-with-her-marriage arc had to reach its perturbed climax in this episode.  Luckily it turns out better than expected, which is better for everyone involved—a win for the writers, the characters, and you and me, the viewers.

For most of the episode, it seemed like Kerry Bishé’s Donna was going to continue her “unbearably nagging housewife w/ unfulfilled life” streak by taking the kids and leaving Gordon.  A real drag.  Thank God, then, that she is charmed by the Giant’s interface and dissuaded by a ring she finds in one of Gordon’s drawers, which is later explained by Gordon (to Cameron) in a touching scene in which he tells of his and Donna’s origin story.  Fancy that.  Halt gives us a genuine emotional scene.

Scratch that.  Halt gives us two genuine emotional scenes.  The second comes at the end of the episode, as Cameron says what certainly feels like a farewell to Bosworth, who’s been the real heart of the show for some time now.  They’ve had great chemistry in their scenes together and this is amongst their best.  Cameron leaves Bosworth’s house and gets back in the car with Joe, Gordon, and Donna, and they drive off to COMDEX.

It’s the first poignant episode-ender in the show’s run so far.  Not at Mad Men level obviously (few are), but not too bad for a Mad Men wannabe.  However, the song that closes off the episode— “Red Eyes” by The War on Drugs—is a perfect choice and rivals Mad Men’s use of exit music.

“Red Eyes” is one of the best songs of 2014, a true masterstroke, so its usage here both surprised and excited me.  I’m not giving this episode high grades solely because of “Red Eyes”, but when an episode ends with a poignant scene and backs it with great, fitting music, it conjures up a feeling that tends to stick with you.

Halt hasn’t reached what I would call “greatness” yet, but this episode is a great sign for things to come.  “The 214s”.  Now what the hell does that mean?