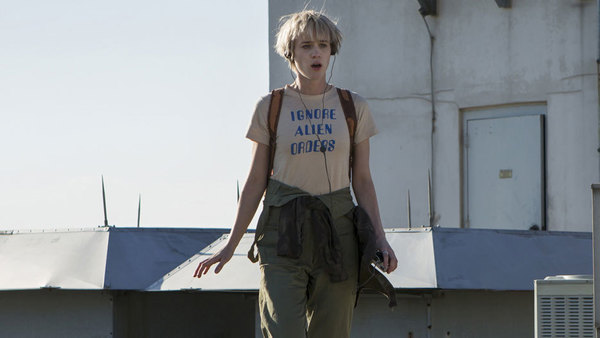 “Close to the Metal”

It’s starting to settle in a little, I must admit.  Halt and Catch Fire, for all its problems, just may find a way to turn this thing around by the end of the season.

To wit: the characters are who they are, flaws intact.  Joe MacMillan is a poorly written character but he is the lead character and that is what creator’s Cantwell & Rogers have left us to deal with.  He still continues to be an insufferable Draperized ass, but he is getting a little easier to bear as the episodes count on.

Joe doesn’t do much this episode.  Well, he does set all the events in motion, but he just sits back and watches for the most part.  And this is bad writing.  Joe is now just operating as a plot device instead of a natural character.  Characters in a TV show exist to react to the plot, not to force its hand.

A journalist visits Cardiff Electronics and Joe machinates circumstances to get a better story.  Cameron is close to finishing her BIOS code but her computer crashes, or something like that (“disaster strikes”, so says Wikipedia’s plot summary), and she loses her data to the netherworld.  Of course, this was all master organized by Joe, in a plan that involved the secretary, a vacuum cleaner, and taking the real BIOS code copies himself.  Jigsaw-like in his foresight.  All to please a journalist (no, not like last episode’s pleasing, but for a second I thought he might do it again.  Wouldn’t put it past him.)

If anything, the plot serves Cameron well.  So far she’s been the punk’s punk who doesn’t care for nothing, nobody, with no fucks given.  It’s been a little grating, to tell the truth.  But her “loss” of the BIOS code does prove that she does care deeply for something: her work.  She nearly goes off the deep end in “Close to the Metal”, contemplating suicide and assuming the feeble position more than once.  Mackenzie Davis is able to adequately portray Cameron’s sensitive side, and the episode provides good character moments for the young Sheena.

In response to the organized “disaster”, Gordon berates Cameron and turns to his wife for help, with whom he had been arguing throughout the day (Matthew Weiner Prestige Playbook Chapter 4: “Marital Strife and an Anxious Wife”).  Donna immediately comes in and takes control of the situation—talking the talk, walking the walk (definitely walking the walk), and bossing the boss.

She shows her genius and recovers most of the BIOS code, impressing the gawking nerds and being a huge bitch to Cameron in the meantime, which makes me not like her.  She continues her office winning streak (she doesn’t work there) by ending the night discovering Joe’s deception.  She confronts him, tells Gordon, and ends up disgusted by both (“Well, did it work?” Gordon to Donna, in regards to Joe trying to get a good story for the press).

It appears so, “Close to the Metal” is the best Halt episode so far, which hopefully means a continued upward trajectory.  Despite obvious writing gaffes—forcing the plot and such—the show is starting to become a little more entertaining.

Halt and Catch Fire S1E4: “Close to the Metal”

One thought on “Halt and Catch Fire S1E4: “Close to the Metal””