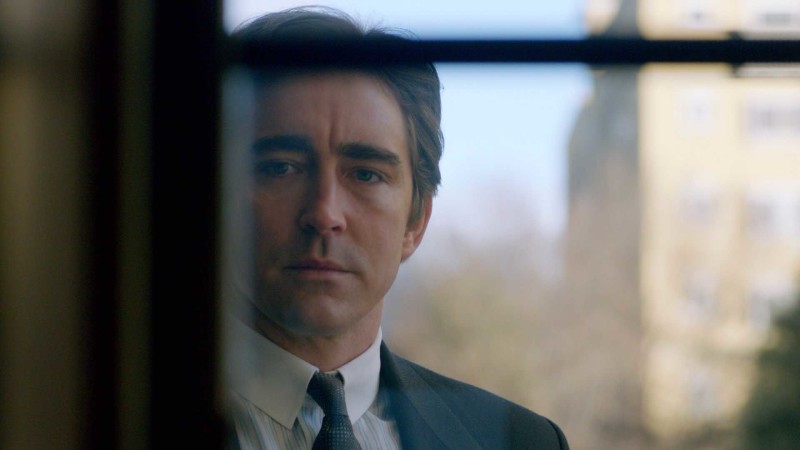 “Adventure” is the first actual “good” episode of Halt and Catch Fire, which is a welcome sign considering we are now halfway through the first season.  Perhaps a second-half upswing in quality is in the works?

It doesn’t feel like we’re halfway through the season, though.  A better show might have put this episode second or third in a show’s run.  We’re just now being introduced to some new supporting characters, including some humorous geeks around the office and—gasp—Joe MacMillan’s father!

The main characters of Halt and Catch Fire, especially Cameron, work better when they’re interacting with anyone but each other.  Cameron’s banter with fellow coders Yoyo (whose friendly appearance makes him instantly likeable: fat, bearded Chinese dude with a yo-yo) and Lev is far better than her previous encounters with South Park’s Goth Kids.  Similarly, her conversation with Joe MacMillan Sr. has more bite than any of her many arguments with his anti-heroic son.

Said anti-hero, meanwhile, spends the episode being a complete and unredeemable douchebag.  And you know what?  I kind of like Joe better this way.  There were times in Mad Men’s sixth season (2013) when Matthew Weiner was deliberately trying to make us hate Don Draper.  Halt creators Christophers Cantwell & Rogers are trying to do the same thing with Joe MacMillan in their show’s first season (2014).

The problem with that is Joe MacMillan was unlikeable from the very start.  Now they’re intentionally trying to make him unlikeable?  Well, it all works out for the better, in my opinion.   I like the mega-douche Joe MacMillan far better than the normal-douche Joe MacMillan.  I admire this new, completely insufferable version of Joe because he—and the show—fully embraces it.  He is so overwhelmingly cocky and arrogant that it brings with it a nice humorous touch, which is much needed.

We get to see where those douche-genes came from when his father comes to town.  However, Joe ends up completely avoiding his dad this episode, so Cameron is actually the one who gets to meet him.  There’s nothing particularly interesting about Joe Sr., but his encounter with Cameron is one of the best moments of the show so far.  The suave old man and the punky young coder have real chemistry, even if it ends with her truthfully denouncing Joe MacMillan the Elder for the piece of shit he is.

Meanwhile, Gordon gets to return to his sniveling-employee roots as he tries to squirm his way into business with a Japanese electronics manufacturer via his father-in-law.  To fulfill Joe’s lofty goals of creating a lighter computer, Gordon comes to the conclusion of an LCD display.  Through his father-in-law, he (along with Joe) manages to get a dinner with the Japanese company Kuzoko, but he blows the deal by acting a drunk asshole.

While “Adventure” is the show’s best episode so far, with plenty of enjoyable scenes and a touch of humor, it still tidies up too neatly at the end.  Gordon reveals to Joe that he begged his father-in-law for forgiveness and they got the deal with Kuzoku back.  Cameron’s other plot—involving her, an asshole supervisor, Yoyo and Lem, several unnamed nerds, and a computer game—also cleans up too nicely, ending with a wrap-up of “To play an honest game you have to be good at solving puzzles, but to cheat you have to be great at solving code.”  Cameron said that, by the way.

Yet other than that, “Adventure” was a breath of fresh air.  Not too fresh, per se, but definitely fresher and clearer than what the previous episodes gave us.  Perhaps the Matthew Weiner Prestige Playbook is working out?

One thought on “Halt and Catch Fire S1E5: “Adventure””