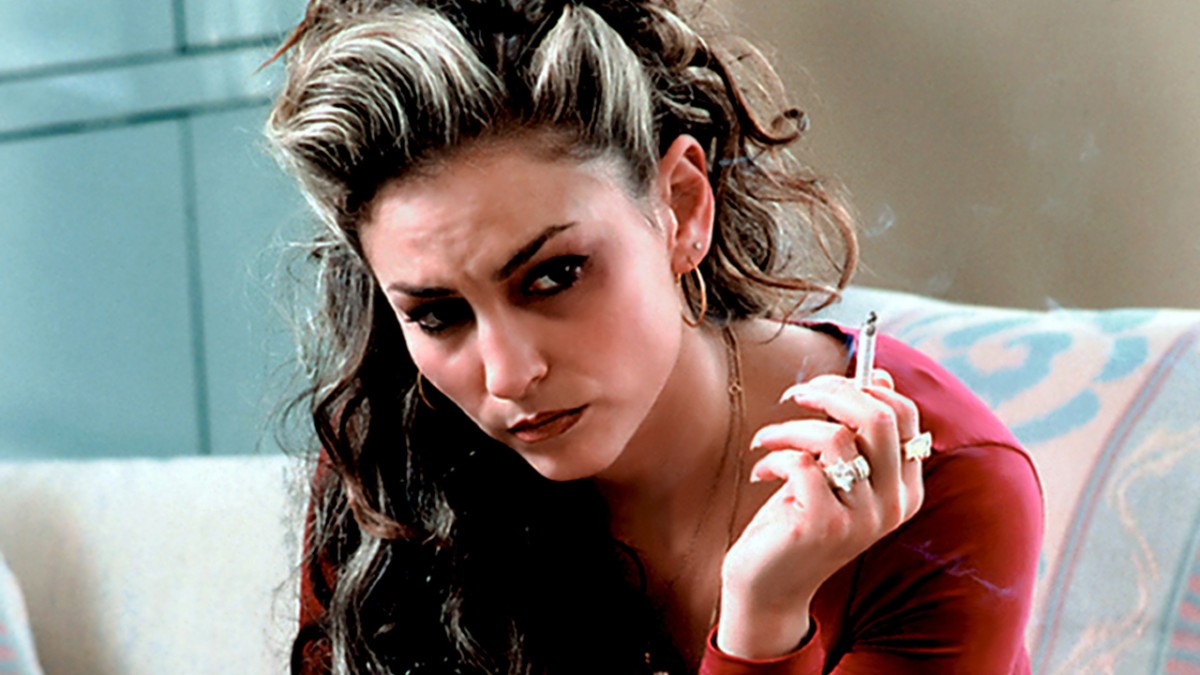 The Strong, Silent Type: “Whatever Happened to Gary Cooper?”

Despite last week’s explosive action, season four of The Sopranos has mainly dealt with the non-violent aspects of organized crime. From union scams to marital squabbles, David Chase’s crime drama has leaned wholeheartedly into its newfound minimalist aesthetic throughout the entirety of 2002.

Then again, perhaps we’ve just become desensitized. If you look carefully, the violence has actually become more realistic this season, yet it is less addictive due to the context. Instead of chasing Russians in the woods or stalking federal informants in Maine, we’ve been privy to race riots and domestic abuse.

Chris begins the episode in a heroin stupor, mindlessly watching TV and absent-mindedly passing out on Adriana’s beloved dog. It only gets worse from there: he gets his car stolen while trying to score smack in a rundown neighborhood and later beats Adriana when she suggests he go to rehab.

Despite being a lovable underdog for much of the series’ early run, it’s hard to feel any sympathy toward Chris now. Nevertheless, his subsequent intervention is one of the funniest scenes in the entire series.

As expected, the confrontation quickly devolves into a comedy roast. Insults are hurled, lines are crossed and the whole thing ends with Chris getting his ass beat by Tony, Paulie and Silvio. By the end of the hour, he’s forced to check into a rehab clinic in Pennsylvania, the last time we see him until the season finale.

Chris’ saga of drug addiction and domestic abuse is a real-world cautionary tale, yet it is hardly the most important element of the episode. In fact, it’s almost a shame that such a tragic story is treated with such levity. It’s truly a credit to how funny the episode is (and how intricate the characterization is) that we are able to still support Chris after such an ugly ordeal.

Although the episode is best remembered for Chris’ intervention, “The Strong, Silent Type” explicitly refers to Tony, or at least the way he’s described himself since the pilot. Over the last four years, we’ve come to find that it’s one of his most hypocritical statements ever.

Tony is a walking contradiction, and all his perceived strengths are weaknesses — leadership breeds distrust, chivalry leads to adultery and charisma has quickly turned into arrogance. He now embodies all his worst traits.

Because Svetlana is a strong-willed character with a worldview that is both admirable and pragmatic, this is actually the least “shallow” affair that Tony has ever indulged upon. Come to think of it, they make a perfect match. Nevertheless, director Alan Taylor keeps their faces drenched in shadow, reminding us of their immorality no matter how much sense it makes in the moment.

More contrasts come in the form of Carmela’s unspoken connection with Furio. Because they never directly address their love for each other, we’ll never know their true compatibility, but we can be certain that Furio treats Carmela with much more respect than Tony (the episode begins with Tony disapproving of Carmela’s new, short haircut).

By the end of the hour, we’ve completely forgotten about Chris’ intervention, showing that The Sopranos can seamlessly weave all its emotional beats into a single episode without feeling disjointed: comedy, tragedy, romance, family, philosophy and more. “The Strong, Silent Type” is a premium example of a TV show doing everything right.