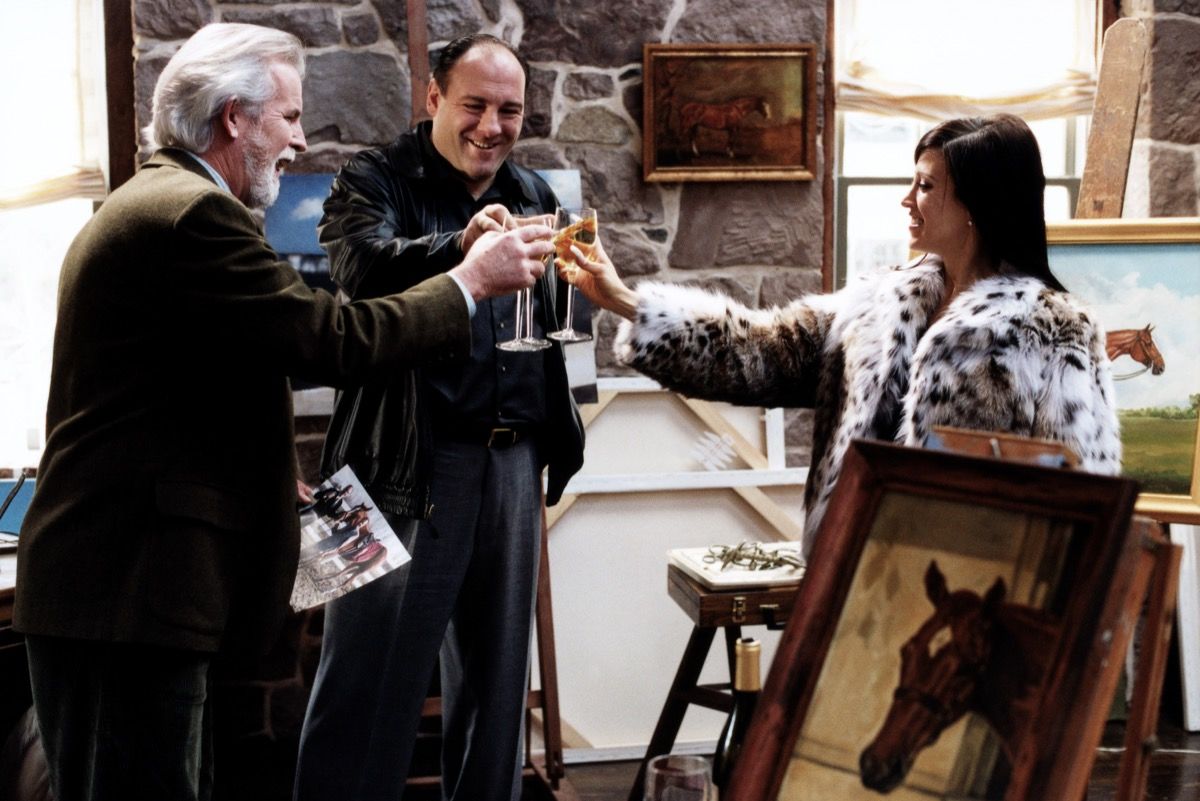 Mergers and Acquisitions: “I Want It All”

Throughout season four of The Sopranos, Tony has continuously pushed everyone away. He only accepts rides from Furio (and occasionally Paulie), gives orders exclusively through Chris and Silvio (who have a hard time following instructions) and has all but disappeared from anything resembling a father or a husband. Can you even recall a scene in the last seven episodes in which he interacts with AJ or Meadow?

In fact, the only “person” Tony wants to spend time with is Pie-O-My, Ralph Cifaretto’s prize-winning racehorse. The more isolated he’s become, the more selfish he’s grown. It’s no surprise that the expensive new surround sound stereo system he buys completely drowns out all outside noise.

It’s also no surprise that he falls asleep to the end of The Dark Side of the Moon’s ominous heartbeat. The sun is eclipsed by the moon, indeed.

Even though Tony doesn’t want anything to do with anyone, he still wants a piece of everything. As soon as he sees Ralphie’s new girlfriend, Valentina La Paz, he immediately makes a move. After all, Tony himself tries to justify it by admitting “I already took his horse.”

It’s the first time since Gloria Trillo that Tony has taken up a new relationship, but this time the results are played for comedic effect. Because Valentina is Ralph’s girlfriend, Tony is initially reluctant to see her. But he’s only reluctant because he physically “doesn’t want to be where Ralph has been” rather than any moral obligation.

As a result, he spends the episode playing detective to find out whether Ralph and Valentina have ever had intercourse (or “penissary contact,” as he calls it), and discovers — via Janice, of all people — that Ralph is a perverted masochist who only achieves stimulation through pain. Despite the strange subject matter, it’s one of the funniest subplots of the season.

In fact, Tony’s investigation into Ralphie’s sex life is relatively light when compared to the bleak territory the fourth season has regularly occupied. When coupled with a somewhat inconsequential storyline about Paulie and his mother trying to make friends at Green Grove Retirement Community, “Mergers and Acquisitions” returns The Sopranos to its hilarious heyday.

Yet the poignant final sequence reminds us once again of Tony’s self-inflicted isolation. Carmela discovers Valentina’s fingernail in Tony’s laundry and steals money from his secret stash behind the pool in retaliation. She keeps this revelation to herself, of course, never daring to challenge her husband on his many infidelities.

Tony notices the missing cash and quizzes her. Carmela responds by repeating Tony’s question: “Is there anything you want to tell me?” Neither of them answer and once again the gulf of miscommunication between the two continues to widen. But how much longer can the gulf widen without completely breaking apart?

Despite the humorous tone, “Mergers and Acquisitions” is a turning point for The Sopranos season four. The lighthearted nature of the episode is a misdirect for the viewers, providing the perfect distraction from Tony and Carmela’s crumbling marriage.

The Sopranos S4E8: “Mergers and Acquisitions”