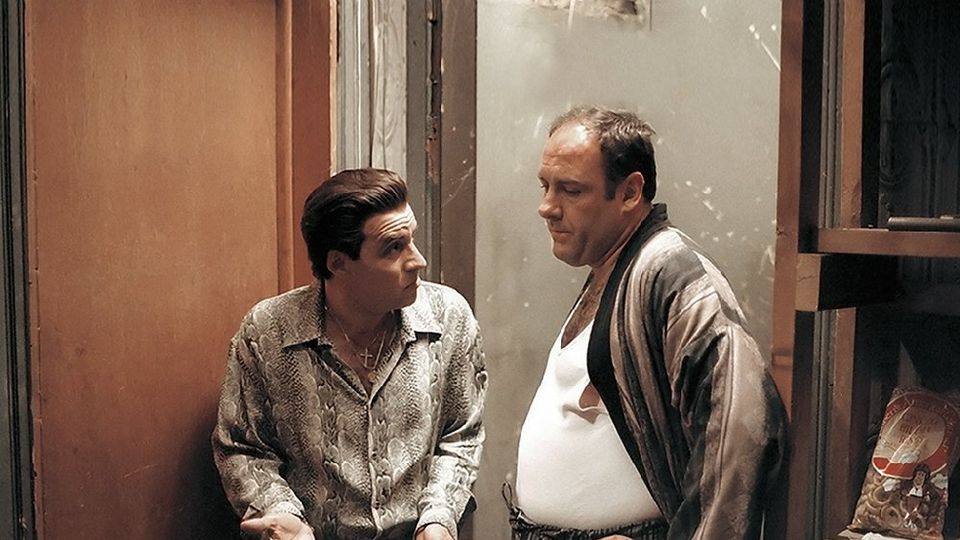 “The Golem of North Jersey”

Is Tony Soprano a golem? That’s one of the central questions at the heart of The Sopranos. The series’ third episode, the climactic “Denial, Anger, Acceptance,” is both a commendation and condemnation of its main character. To people Tony is involved with in business — like Shlomo Teittleman, a Hasidic Jew —  he is indeed a Frankenstein’s mobster, an all-consuming malevolent specter.

Teittleman comes to the mob for aid because his abusive son-in-law won’t agree to divorce his daughter. In return, Teittleman offers the Family a share of his local hotel business. Tony, Paulie and Silvio eventually get Teittleman’s stubborn and prideful son-in-law to agree to the divorce sans compensation by threatening life sans genitalia. The next day, Teittleman tries to back out of the deal because Tony resorted to violence. But that’s not how dealing with the mob works — Tony gets what he wants, one way or another.

“46 Long” was an episode that saw Tony’s pent-up stress simmer to a boiling point. “Denial, Anger, Acceptance” finds a cooler, calmer and more collected Tony, but also a more emotionally fragile Tony. His best friend, family boss Jackie Aprile, is in the hospital dying of cancer, which causes Tony to move through the three titular stages of grief.

“Denial, Anger, Acceptance” is a very stuffed episode of The Sopranos, but like its predecessor, it moves along at a brisk pace, never too fast. We get a wide variety of plots in a relatively short amount of time (45 minutes), but there is still plenty of room for quiet introspection.

Early in the episode, Tony finds himself transfixed by a painting in Dr. Melfi’s waiting room of an empty barn and a hollow tree. Tony accuses Melfi of specifically hanging the picture there to trigger a response. Melfi finds it interesting that he would bring up the “depressive nature” of the painting in the first place. Triggered, he storms out.

Elsewhere, Tony’s therapy scenes reflect on his own mortality and the inherent nature of his humanity. “Denial, Anger, Acceptance” benefits from great pacing, and his sessions with Dr. Melfi are perfectly spaced throughout the episode — natural, introspective lulls amid the chaos of Tony’s everyday life.

The rest of the episode expands on characters we haven’t spent too much time with. In the least effective subplot of the hour, Meadow and her friend Hunter (my least favorite character so far) buy crystal meth off of Chris and Brendan. Meanwhile, completely unrelated, Livia suggests that Chris and Brendan need a “talking to,” due to their continued meddling in Uncle Junior’s truck business.

Carmela, still portrayed as a bitchy, privileged, elitist housewife, gets a spotlight when she hosts a fundraiser catered by Artie and Charmaine Bucco (the owners of the restaurant that Tony torched in the pilot). Interesting, however, that the storyline is told mainly from Charmaine’s point of view.

Carmela is shown as domineering and shallow, while Charmaine seems more at ease with the life she’s chosen, or rather, not chosen. That’s because Carmela’s entire way of life is predicated on money that comes from Tony’s criminal activities. She effectively remains in denial, although ignorant is probably a better fit.

By the end of the episode, we see Tony not as a golem, but as a loving father who is moved to tears by his daughter’s choir recital (guess that crystal meth did the trick after all). Series creator David Chase wants us to consider this stark juxtaposition, especially early on in season one. Tony is able to revel in the beauty of his daughter’s performance, but he’s also responsible for the violent actions that occur due to his influence.

For example, it turns out that the “talking to” suggested by Livia is actually a mock execution. Chris is taken to the pier and held at gunpoint. His life is spared, but the former tough-guy is left in a vulnerable, paranoid state. Concurrently, Brendan Filone is given the same treatment but without the mock — shot to death in his bathtub by Uncle Junior’s henchman, Mikey Palmice.

All of this violence is intercut with Meadow’s heavenly choir performance, making for a very Godfather-esque climax. Yet it is more homage than rip-off — an immensely powerful scene that shows The Sopranos using its cinematic influences to transcend the televised medium.

So, who is Tony Soprano? Is he the murderous golem, or the loving family man? The final sequence shows that he is capable of both. For now, the balance leans toward the latter, but in due time he will give himself up to the former. Only three episodes in, The Sopranos has given us much to contemplate.