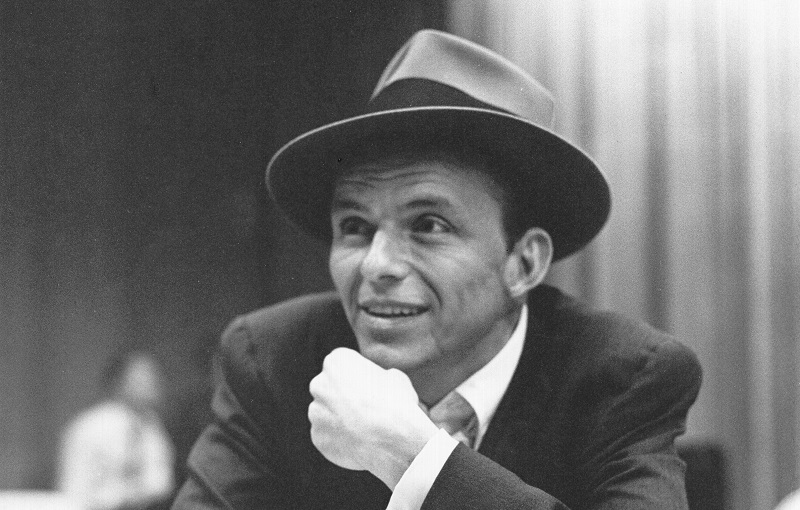 As long as there has been “pop” music, there has always been an experimental counterpart to keep the balance. Throughout the 1950s, Frank Sinatra was the chart-topper who set the standard in sophistication. It’s no surprise that he has six LPs in the 100 Greatest Albums of the 1950s. On the other end of the spectrum were avant-garde innovators like Stan Kenton and Cecil Taylor, who pushed the boundaries and tested the very limits of what jazz music was capable of.

Thelonious Monk’s dissonant, slightly off-kilter chord progressions are warm and welcoming despite their occasional harsh atonality. Even in this minimal setting, Monk is able to conjure up a surprising world of sound. Thelonious Monk Trio remains one of his defining achievements. Continue reading…

Even though Duke Ellington’s best work was made during the 1930s, Ellington Uptown is quite possibly his finest studio album. It’s also his most underrated. Featuring five of his greatest compositions, including the Louie Bellson showcase “Skin Deep” and the 14-minute “Harlem” suite, this LP is a timeless classic regardless of the era. Continue reading…

28. Frank Sinatra Sings for Only the Lonely

When asked if he had a favorite album among his own recordings, Frank Sinatra quickly answered with Only the Lonely. It’s easy to see why. Created during a particularly turbulent period of his life — the disintegration of a toxic marriage to Ava Gardner — the LP is brooding, emotional, passionate, introspective, stoned, intense and vulnerable in a manner that is quite unmatched throughout Sinatra’s career. It’s not only his most committed performance; it’s also his most autobiographical. Continue reading…

For Louis Prima and his excitable cohorts, the party never stops. If you don’t think that 1950s screwball humor holds up today, I highly suggest you listen to this exuberant blend of big-band jazz and lowbrow comedy. The Wildest! is easily one of the most fun albums of all time. Continue reading…

Stan Kenton was easily one of the most underrated jazz composers of the entire 20th century. Blending the avant-garde atonalism of Charles Ives with the big-band traditionalism of Count Basie, Innovations in Modern Music is a wholly unique LP that was decades ahead of its time. Continue reading…

By 1958, Count Basie’s popularity had waned quite a bit. His live performances were still electric and his tours still successful, but the big-band genre he practically invented had long ago been passed over by bebop and its modernist variants. Basie was past his prime. Or so everyone thought.

At 53-years-old, The Atomic Mr. Basie marks the zenith of the Count’s creative exploration. Not only does it swing; it rocks. And his entire career peaks with the 4-minutes-50-seconds that make up “Lil Darlin” — one of the most satisfying finales of the decade. Continue reading…

Having always held an interest in classical music (particularly the innovations of Igor Stravinsky), Charlie Parker became the first jazz musician to ever record with a string ensemble. The resulting collaboration seamlessly bridges genres and cultures, ushering in a new decade of improvisation. Charlie Parker with Strings features some of the most important jazz music of all time. Continue reading…

Cecil Taylor’s piano runs are a thing of wonder, astonishing in how he conjures up a world of sound — so much sound — in such a short space. One moment he’s playing bebop, the next it’s pure atonal expressionism. Taylor’s music contains more surprises in one measure than most jazz musicians can muster in an entire career.

Jazz Advance is one of the greatest jazz debuts of all time. It’s certainly the most daring. Taylor was already molding the shape of jazz to come before the words “free jazz” even entered Ornette Coleman’s lexicon. This 1956 LP is a wonder of invention — adventurous songcraft that rewrites the rulebook while kicking convention in the balls. Continue reading…

Bill Evans’ impressionistic piano style was unlike anything else ever heard in jazz. As Miles Davis put it: “He plays the piano the way it should be played.” Not much else needs to be said; the music speaks for itself. Continue reading…