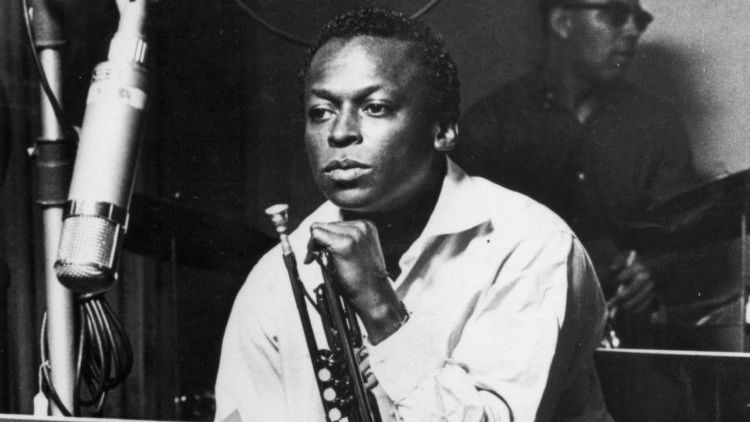 You’ve probably figured out by now that Miles Davis and Thelonious Monk are the most represented artists throughout the 100 Greatest Albums of the 1950s. Yet the foundations for their greatness were established in the late-1940s with the Birth of the Cool and Genius of Modern Music sessions, respectively recorded in 1949 and 1947. These landmark LPs — released in the early-’50s — forecasted the shape of jazz to come in the decades that followed. Everyone from Sun Ra to Sonny Rollins has been influenced by their innovations.

Nina Simone’s debut LP, Little Girl Blue (subtitled Jazz as Played in an Exclusive Side Street Club), was full of old-school jazz tradition and new-school innovation. Possessing the most expressive contralto since Billie Holiday herself, she masters any tune that comes her way. But the most important aspect of Simone’s artistry is her music; namely, her contrapuntal piano style. Utilizing Evans-inspired block chords and Garner-influenced tonal swells, her piano playing is just as significant as her voice. Even at this early stage in her career, Little Girl Blue clearly foreshadows the landmark innovations of Pastel Blues and Wild Is the Wind. Continue reading…

We start off in “India,” with thick jungles of electric piano, wailing brass and choppy percussion, and we end during “Springtime in Chicago,” a beautifully surreal lullaby lost through the looking-glass. Ra’s “Advice to Medics” is to prescribe some “Medicine for a Nightmare.” Even though Super Sonic Jazz is one of Ra’s more “conventional” LPs, this is still some of the weirdest jazz out there. Continue reading…

Chuck Berry exploded onto the rock & roll scene via the power of his hit singles (“School Day,” “Maybellene”) and his brisk, refreshing debut LP. But perhaps the most enduring element of his music is his electric guitar prowess. Influenced by rockabilly and boogie-woogie, he quickly established himself as the burgeoning genre’s best guitarist. Continue reading…

Country in name only, this vastly underrated LP is a sublime combination of rock ‘n’ roll, dream pop and jazzy improvisation. Les Paul’s guitar playing is cerebral, but the vocal melodies of spouse Mary Ford are what truly make this record timeless. Whether rave-up (“In the Good Old Summer Time”) or slow-moving ballad (“The Lonesome Road”), Ford’s voice has a stunning sense of control only equalled by her husband’s pioneering fretwork.

As impressed as I am by the complex time signatures and the sophisticated melodies, the real impact of Dave Brubeck’s legendary Time Out lies in its ability to be less pretentious than it sounds. Even though sophisto-jazz isn’t my usual cup of tea, Time Out is simply too well-performed and well-renowned to ignore completely. It remains a watershed moment in jazz history. Continue reading…

The self-titled debut album of this legendary duo changed the jazz world forever. Aside from founding the genre of hard bop, Clifford Brown & Max Roach pairs two of the decade’s most talented musicians together for a fiery session that never lets up and never looks back. Continue Reading…

There’s no shame in saying that Saxophone Colossus is head and shoulders the best album that Sonny Rollins ever made, and it’s certainly not an insult to say that this is an album he never topped. Colossus finds Rollins at his absolute peak: his technical and melodic proficiency at an all-time high, with solos must be heard to be believed. Continue reading…

13. Genius of Modern Music (Volume One)

Originally recorded in 1947, these eight songs bristle with innovation and discovery. Each measure finds Thelonious Monk inventing something new — from the jittery rhythms of “Misterioso” to the angular melodies of “Thelonious,” this is music that eerily foretells the shape of jazz to come.

As much as I love the avant-fusion of Bitches Brew and On the Corner, relaxing Miles Davis music will always be the best Miles Davis music. A seamless combination of cool jazz and classical, Miles Ahead is one of Davis’ greatest achievements. It’s a quiet masterpiece; one that requires close concentration and patient attention. It’s amazing that such a hushed sound could come from such a large ensemble. Continue reading…

11. The Genius of Ray Charles

As the title suggests, The Genius of Ray Charles finds the renowned soul singer in peak form. On Side One, Charles is accompanied by an energetic big band conducted by Quincy Jones. The music is a perfect synthesis of jazz and R&B. On Side B, Charles ditches the big band for an orchestra, and manages to transcend genre limitations altogether. Continue reading…