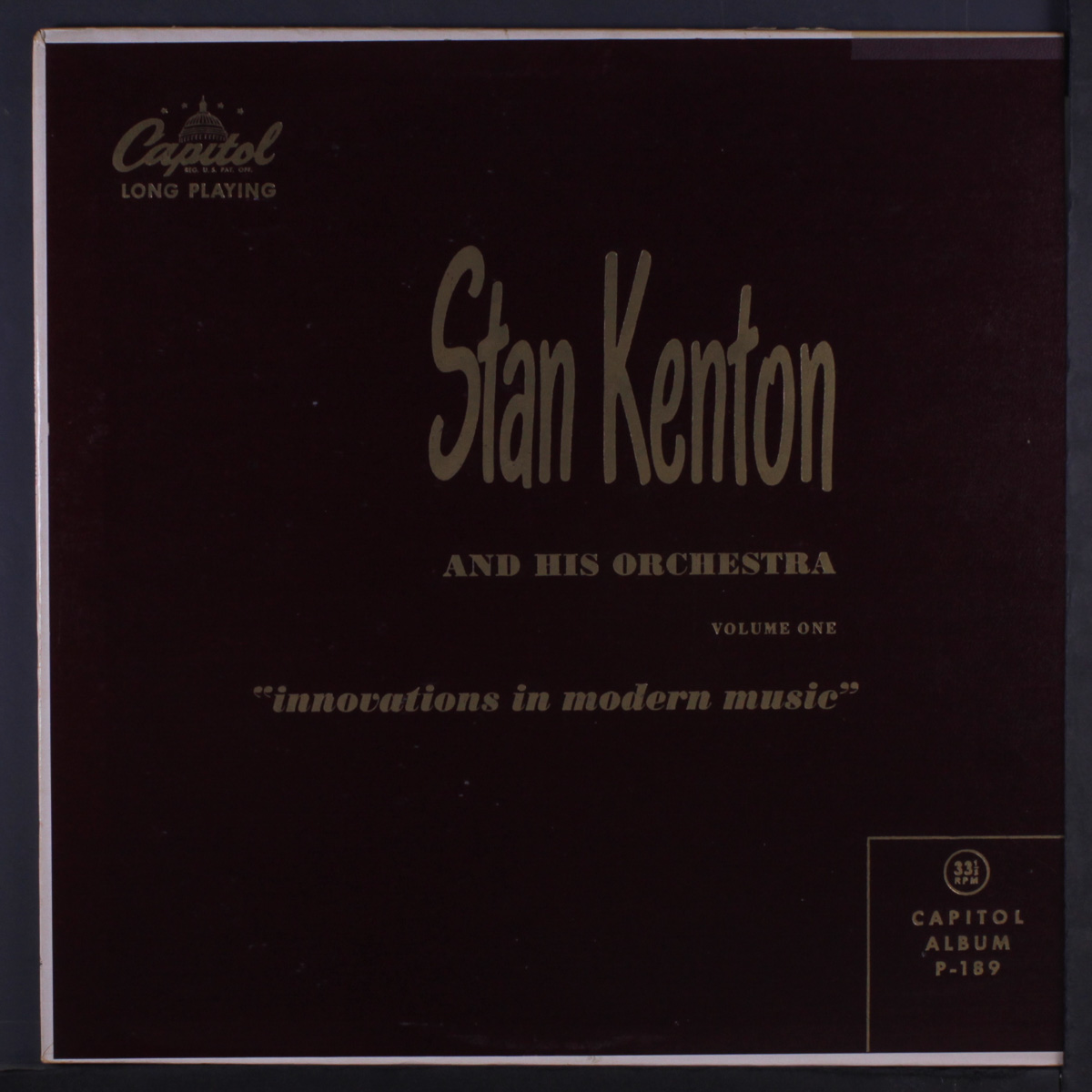 I think of Stan Kenton as somewhat of a cross between Charles Ives and Lennie Tristano. Kenton utilizes the full range of his big band “orchestra” — tonal-shifting string clusters and off-kilter piano chords are straight out of the Charles Ives Experimental Playbook. And nowhere is this more evident than on “Theme for Sunday,” a haunting classical tone poem that echoes Central Park in the Dark and points in the direction of Charles Mingus and Eric Dolphy.

Elsewhere, Ives’ clashing use of dissonance is matched by Kenton’s big band crescendos. But the distinct naturalism and emotion of Ives is left unmatched, and that is why Kenton can be justifiably compared with Tristano — is their music too experimental, too cold?

Thankful to say that Innovations in Modern Music retains a good amount of big band fun even when taking on all the experimental baggage. Besides, Kenton’s idea of chromaticism is far more interesting than Tristano’s anyway. Just listen to the ghostly “Conflict,” another Ives-influenced number — the horn blasts and prog noodling provide perfect counterpoint to the highly atonal string section and elegiac June Christy vocal.

Perhaps the energetic opener, “Trajectories,” is the best example of Kenton’s style. Imagine Count Basie mixed with Bartok. Or, elsewhere, like on “Solitaire,” Charlie Parker and Bernard Herrmann.

Kenton is easily one of the most underrated jazz musicians of the entire 20th century. The settings of his music are familiar enough but what he does with them is entirely unique. Considering the era and the context, this is one of the most daring jazz releases of all time.