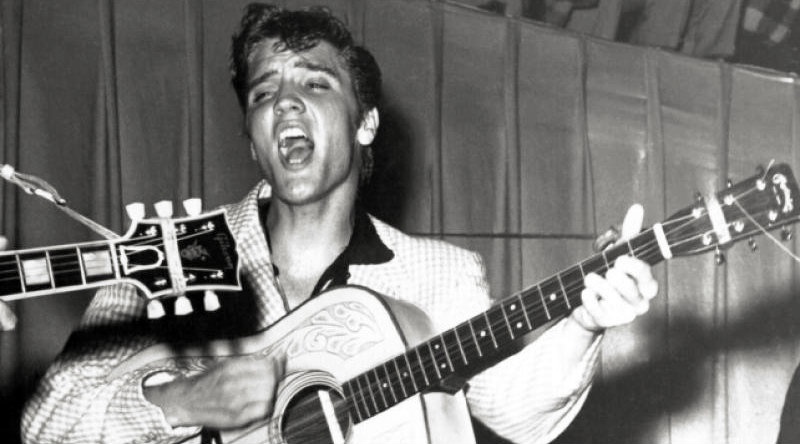 When we think of American music in the 1950s, one name comes to mind: Elvis Presley. Even though he didn’t “invent” rock & roll, he popularized the genre throughout the world and became its biggest superstar. He appears on the 100 Greatest Albums of the 1950s alongside Chuck Berry, the man who actually invented rock & roll.

Even with song titles like “Enlightenment,” “Saturn” and “Ancient Aethiopia,” Jazz in Silhouette remains Sun Ra’s most accessible album, thus making it the perfect entry point for newcomers to his music. Instead of the usual avant-garde experimentations we’d usually expect, the music on this LP stays close to bebop convention. As a result, Jazz in Silhouette is the album that defines his career; the one that forever proves he wasn’t just an eccentric oddity. Continue reading…

If anyone needed any more proof that Chuck Berry was one of the top 10 greatest guitarists to ever walk this Earth, then one need listen no further than Chuck Berry Is On Top. On every song, Berry stakes his claim as the world’s premier rock & roller. Containing foundational classics like “Johnny B. Goode” and underrated deep cuts like “Blues for Hawaiians,” On Top is a perfect starting point for any rock ‘n’ roll historian. Continue reading…

Ellington at Newport, a comeback album of sorts, is one of the most famous of all jazz LPs. Recorded on July 7, 1956, it captures one of the most legendary performances in Duke Ellington’s career. The pièce-de-resistance is Paul Gonsalves’ epic tenor sax solo in the show-stopping “Diminuendo and Crescendo in Blue.” For seven-minutes, Gonsalves ascends to a higher plane of existence. Continue reading…

With word to Chuck D, who famously penned “Elvis was a hero to most/But he never meant s**t to me” — music as we know it would not exist without Mr. Presley. His second self-titled LP of 1956 is one of his defining statements. Continue reading…

Sun Ra — born Herman Poole Blount in Birmingham, Alabama, 1914 — was the most experimental jazz musician of all time. To even classify him as “jazz” or “experimental” (or a “musician”) is questionable. The pianist who christened himself Le Sony’r Ra claimed to be an alien from Saturn, and his extremist avant-garde space music acts as convincing evidence. Jazz by Sun Ra, his debut LP, charts a trajectory to the stars, with several psychedelic pit-stops along the way. Yet when compared to the rest of his discography, the album is surprisingly accessible. Continue reading…

Count Basie was 52-years-old when April in Paris was originally recorded in 1956, but that doesn’t mean he was past his prime. In fact, his music aged like fine wine.

April in Paris is incredibly lively and energetic, demonstrating that the elder statesman still knew how to one o’clock jump when given ample opportunity. For instance, the climax of the title track is so good that the Count Basie Orchestra plays it not once, not twice, but thrice. Continue reading…

George Russell was one of the most influential composers in jazz history. Using a mishmash of bebop, avant-garde, classical and pop techniques, his debut LP remains one of the freshest and most unique albums of the decade. Unexpected chord changes lock into impossible melodies that are too eerie for cool jazz and too disarming for conventional bop, creating something totally original and distinct. Continue reading…

May 15, 1953. Toronto. Charlie Parker, Dizzy Gillespie, Charles Mingus, Bud Powell and Max Roach. On that legendary night at Massey Hall, the greatest one-off jazz collective ever assembled gave one of the greatest concerts ever performed. A historical occurrence. Continue reading…

Most people these days know “I Got a Woman” from “Gold Digger,” “Mess Around” from Planes, Trains and Automobiles, and Ray Charles himself from Jamie Foxx’s Oscar-winning performance in Ray. But to know the real Ray Charles, you need to go back to his early Atlantic output in the 1950s. On this self-titled debut, rhythm and blues officially became R&B. Continue reading…