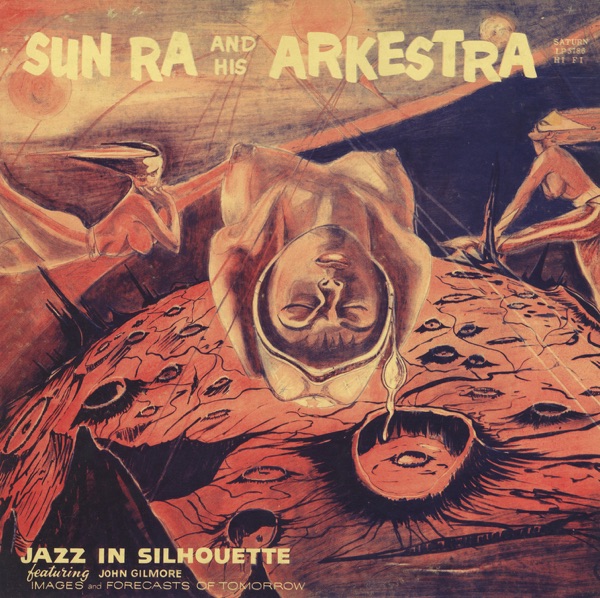 Even with song titles like “Enlightenment,” “Saturn” and “Ancient Aethiopia,” Jazz in Silhouette remains Sun Ra’s most accessible album, thus making it the perfect entry point for newcomers to his music. Much of the record plays as straight ahead bop, which is a far cry from his avant-garde recordings of the 1960s. In fact, because he’s so synonymous with that era of his career, this rare burst of mainstream approachability is a breath of fresh air.

If Sun Ra had released music under his birth name of Herman Poole Blount, it would sound like this.

That being said, there is still plenty of Ra’s trademark weirdness to go around. For example, the primitive, tribal interlude in “Ancient Aethiopia” certainly points in the experimental direction he’ll soon be taking. Yet for the most part, Ra keeps it simple. “Blues at Midnight,” the 12-minute grand finale, is a searing hard bop number that takes influence from Sonny Rollins, Clifford Brown and Max Roach.

By Sun Ra standards, this “traditional” approach is out of the ordinary. We’re so used to the squeaks and skronks of his Hohner clavinet that we often forget how innovative Sun Ra was from a purely jazzical sense. Yet Jazz in Silhouette is the album that defines his career, the one that proves he’s not just an eccentric oddity. It stands as a landmark innovation in post-bop history, but regardless of genre, it confirms Sun Ra was a true musical genius.