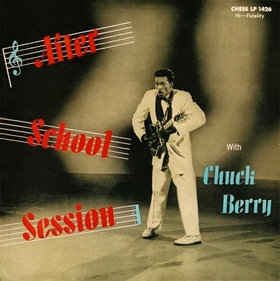 It wouldn’t be wrong to say that Little Richard, Bo Diddley and Chuck Berry shaped the course of rock and roll far more than Elvis Presley. Of them all, Berry was the best and rocked the hardest. He is one of my favorite guitarists to ever walk this Earth.

After School Session features a little bit of filler, but nothing that makes this album hard to listen to. Pound for pound, this is one of the most brisk and refreshing rock and roll albums of the 1950s. Aside from the obvious smash hits (“School Day,” “Maybellene”), one song that has always captured my attention is the instrumental “Deep Feeling.” This is the kind of simmering musicianship that separated Berry from the rest.