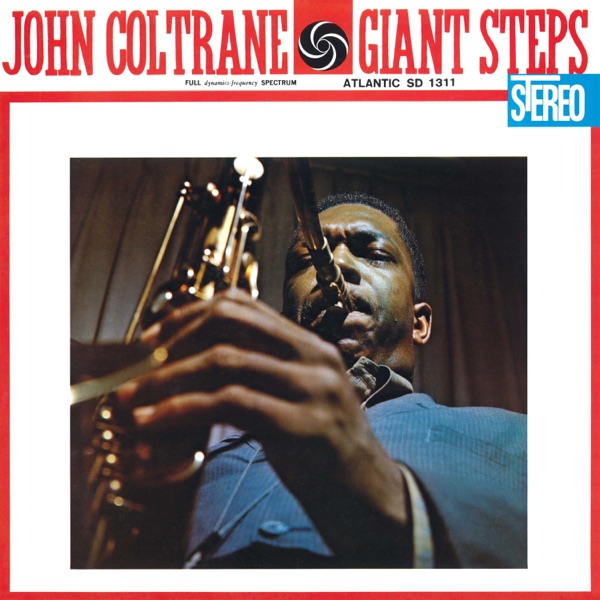 Jazz albums have an uncanny knack for being perfectly named. Thelonious Monk really was the Genius of Modern Music. Ornette Coleman’s The Shape of Jazz to Come predicted exactly what the title proclaims. And John Coltrane’s Giant Steps was such a major progression over his previous work that it immediately positioned the tenor saxophonist as jazz music’s biggest superstar.

The opening title track is Coltrane’s most famous song, featuring a revolutionary chord progression that is both catchy and cutting-edge. “Giant Steps” instantly draws the listener into its all-encompassing modality — a style that noted jazz journalist and historian Ira Gitler dubbed “sheets of sound,” in which high-speed melodies cascade over one another at a rapid clip, providing an endless flow of invention and creativity that never ceases.

It’s easy to praise Coltrane’s playing for its innovative approach and technical wizardry; however, the real reason his music remains so transcendent is because it is permeated by such deep emotion. For example, the slow-moving ballad “Naima” (named after his wife, Juanita Naima Grubbs) is perhaps the greatest jazz song ever recorded. Full of mystery and ambiguity, it defies both time and space in its stillness. At the same time, it’s also stunningly beautiful, built around one of the “prettiest” melodies you’ll ever hear. This unique duality is what makes Coltrane’s brand of jazz so unparalleled.

Giant Steps takes heavy influence from modal jazz — after all, it was recorded only two weeks after the final sessions for Miles Davis’ Kind of Blue. Nevertheless, it still firmly resides in hard bop tradition. The two-minute “Countdown” hints at the avant-garde direction that Coltrane would soon explore, while other songs like “Syeeda’s Song Flute” and “Spiral” are far more indebted to jazz tradition. Still, the entire album was a massive artistic leap from his earlier LPs.

For John Coltrane, there would be no looking back after Giant Steps. It remains one of the biggest breakthroughs in jazz music history.