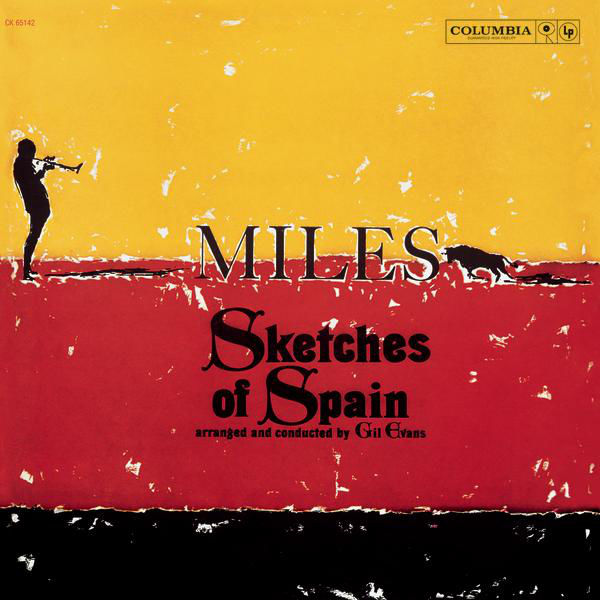 Sketches of Spain, the third collaboration between trumpeter Miles Davis and composer/arranger Gil Evans, is the culmination of the duo’s Third Stream experiments.

In 1957, when the pair teamed up for the masterful Miles Ahead, Davis’ and Evans’ introspective orchestral jazz still favored the “jazz” side of the equation. In 1959, they went one step further toward classical by adapting George Gershwin’s 1935 folk opera.

But Sketches of Spain is what they had always been working toward: a complete and total synthesis of jazz and classical, in which the two genres are entirely indistinguishable.

It all started thanks to Davis’ wife, Frances, who was an enthusiastic fan of flamenco music. She passed on this newfound obsession to her husband, who compulsively bought every flamenco album at the Colony record shop at 52nd and Broadway. This newly discovered passion for Spanish music ultimately led the obsessive trumpeter to find the Concierto de Aranjuez, a classical guitar concerto by renowned Spanish composer Joaquín Rodrigo that originally premiered in 1940.

Naturally, Sketches of Spain opens with a 16-minute rendition of the Concierto‘s second movement — a slow and sedate adagio — that simultaneously sets the tone for the album and serves as a major statement for Davis’ newest musical direction. The sound is initially so unfamiliar that it’s jarring that Davis would have abandoned his modal jazz experiments only 11 months after debuting them on Kind of Blue. The rest of the album follows suit by delving even further into Spanish music history, including flamenco-inspired processions, Andalusian folk music and the works of turn-of-the-century composer Manuel de Falla.

In this large ensemble alternative, Davis once again trades in his trumpet for a flugelhorn (just as he did on Miles Ahead). Thanks to the instrument’s naturally rounded edges, the melodies gain more power the softer they are played. In fact, the music seems minimal— almost empty — on first glance. Upon closer inspection, however, the music is constantly evolving, full of busy background chatter from the harp, percussion and woodwinds, a mysterious dialogue that never rises above more than a whisper.

Everything fits together to create an album that is completely unique in the jazz world, a singular expression that defies time and place. Then again, Sketches of Spain is uniquely Miles — no other artist could have so easily adapted an unfamiliar landscape and turned it into something so universal.