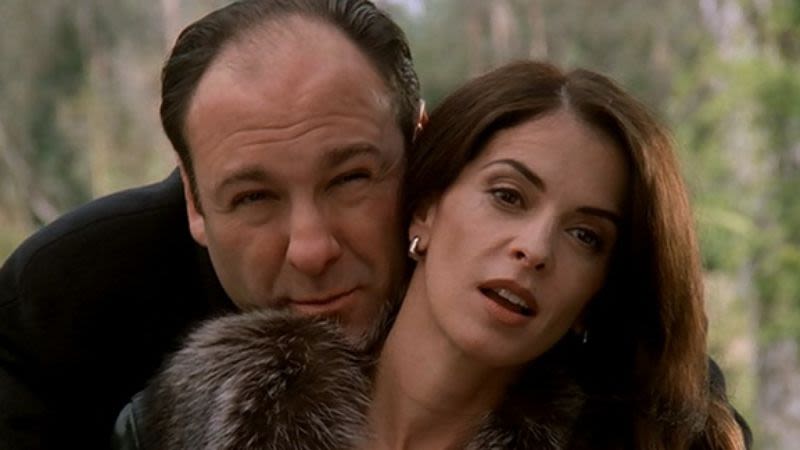 When an actor steps behind the camera, either to write or direct, it is always a noteworthy occurrence. The results are usually a mixed bag — in the modern era, we have our George Clooneys and Angelina Jolies; back in the day, we had Brando and The Duke. But every once in a while, a Billy Bob Thornton or Greta Gerwig comes out of the blue to deliver a masterpiece.

The same is true of television. Episodes penned by Michael Imperioli are significant because, well, he’s Michael Imperioli, the only Sopranos cast member who really contributed when it came to scriptwriting. In fact, his life somewhat mirrors his own character, who has scriptwriting aspirations of his own.

Nevertheless, episodes written by Imperioli usually aren’t all that noteworthy — season four’s “Christopher” is generally considered the worst installment of the entire series. But I wouldn’t specifically pin the blame on Imperioli; after all, the writing itself isn’t the problem. More likely it’s the auteurist presence of series creator David Chase, who never allowed an underling, especially one as unproven as Imperioli, to handle any important material. As a result, the events that transpire in “The Telltale Moozadell” tend to be a bit dry — inconsequential for inconsequentiality’s sake.

What is to be expected in an Imperioli episode? Surprisingly, not a whole lot of Christopher Moltisanti. The majority of the episode focuses on Tony’s burgeoning romance with Gloria Trillo and AJ’s boneheaded suspension from school. Neither of which, I might add, are all that compelling.

Credit to actress Annabella Sciorra for (purposely) making Gloria so unlikable. She’s a smoke show, sure, but her seductive negativity is absolutely repulsive. Give me Irina or Svetlana any day.

Tony was already sleeping with Irina when the series began, which is why their affair was much easier to accept. We never were privy to the beginnings of their relationship. On the other hand, the courtship between Tony and Gloria is wicked as sin — more adulterous, as ironic as that sounds. “The Telltale Moozadell” is a continuation of their flirtations from last episode. The natural next-step: tantric sex at the zoo.

The only way to enjoy Gloria’s presence is to view her as a phantom Livia, thus giving deeper meaning to her nihilistic tendencies. “Poor you,” she mocks. I guess you could say that, thematically speaking, this is Tony’s most “important” affair of the series. But I’d rather he just get down to root causes already and be done with it. Dr. Melfi seems to feel the same way.

Thankfully, Imperioli still finds time to have fun with the episode. The title takes its name from a specialty pizza used as evidence against AJ and his friends for vandalizing the high school. Later on, a police interrogation sequence with a local restaurateur plays out like a hilarious spoof of Dragnet. Little moments like this — or the brief shot of a spaced-out Artie Bucco dancing at Adriana’s new club, The Crazy Horse — make the low-stakes nature of the episode worthwhile.

AJ vandalizing the school, and his subsequent non-punishment, is not too dissimilar from his trials and tribulations in “Meadowlands” and “Down Neck.” He’s elated to find out that his status on the freshman football team allows him to dodge the consequences of his actions. Meanwhile, sister Meadow is falling deeper and deeper in dummy love with Jackie Jr. She’s so head over heels that she even does his homework for him (a term paper on Edgar Allan Poe).

But when I come back to this episode, the storyline that resonates the most is Carmela’s. Taking place on her birthday, the gifts she receives from her family prove to be selfish and thoughtless — a copy of The Matrix from AJ, two tickets to a spa from Meadow (“I got myself one too, I put it on your credit card”) and a big, guilty sapphire ring from Tony.

Carmela’s fallen by the wayside for much of the season, going about her life in oblivious bliss. Her wake-up call in “Second Opinion” didn’t do much to change her stance on Tony’s infidelities, and she is only somewhat skeptical of why Tony got her the ring.

The episode ends — a nice, prestige touch from Imperioli, I might add — with Tony and Carmela once again sitting in silence in the kitchen, similar to the ending of “Guy Walks Into a Psychiatrist’s Office.” But this time there is less trust and more urgency between the two. Clumps of leaves fall past the window (AJ’s punishment was to clean the gutters), symbolizing Tony’s world crumbling apart. It’s a poignant conclusion. And the Ben E. King soundtrack works wonders.

“The Telltale Moozadell” is the weakest installment of season three. The whole episode sort of feels like a B-sides extension of last week’s installment — “He Is Risen” Part II, in a sense. With a title this great, and a storyline this nonessential, I wanted the episode to be funnier. As much as I hate to say it, “The Telltale Moozadell” could have really benefited from giving Ralph Cifaretto more screen time.

Instead, the episode gives ample screen time to Jackie Jr., who is an even bigger douchebag than his soon-to-be stepfather. Jackie spends the hour trying to act like Vito Corleone, but quickly finds out that his last name carries little weight. He’s more of a Fredo anyways.

Full of minor storylines, the overall goal of “The Telltale Moozadell” is to expand the scope of several side characters: Jackie Jr., AJ, Meadow and Gloria Trillo. All of which, I might add, are among the most unlikable on the series. The episode succeeds in its objective, but it certainly isn’t The Sopranos‘ most memorable.

The Sopranos S3E9: “The Telltale Moozadell”