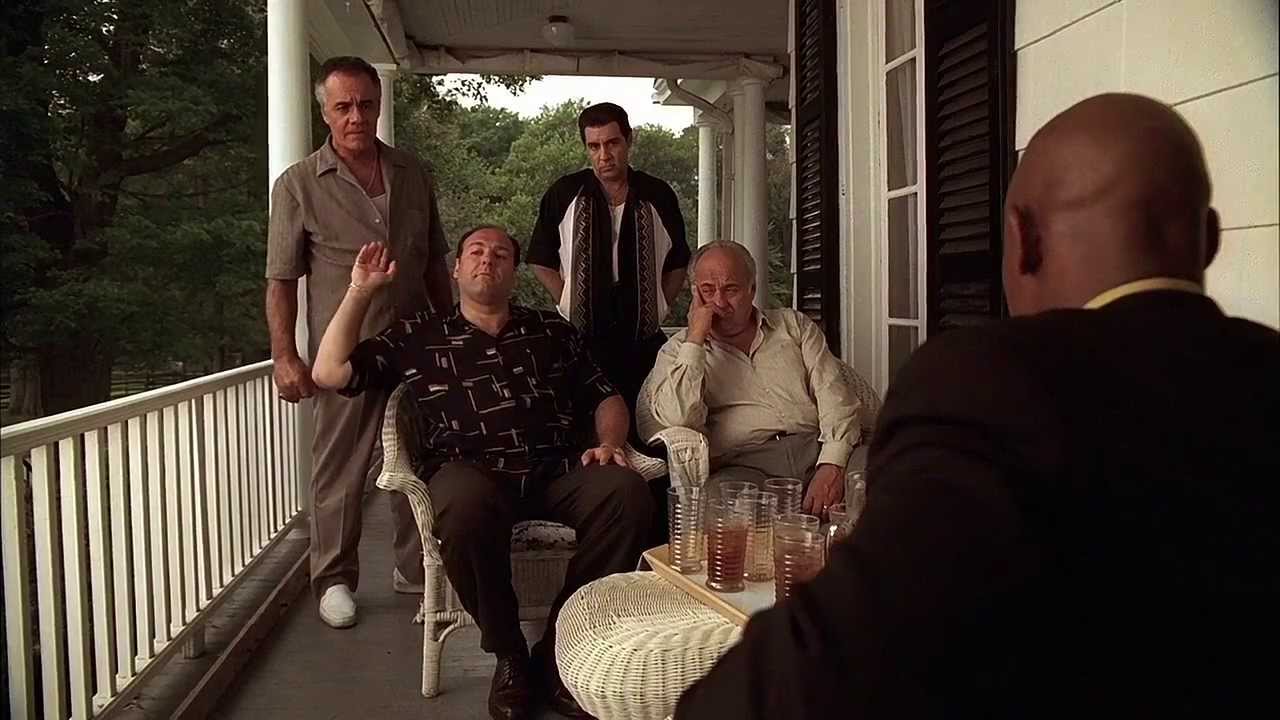 A Hit Is a Hit: “O.G. Original Gangster”

“A Hit Is a Hit” is often cited as one of The Sopranos‘ worst episodes, and rightfully so. Then again, The Sopranos is quite possibly the greatest TV show of all time, and so the phrase “worst episode” must be taken with a grain of salt. The Sopranos at its worst is still better than average, and that ain’t half-bad.

“A Hit Is a Hit” is better than The Walking Dead. It’s better than Burn Notice. Nevertheless, it’s still an inferior episode when compared to the greatness that we’re used to. Whenever The Sopranos branches out into unfamiliar territory, it often comes up a bit short. That’s certainly the case when it comes to Massive Genius, a gangsta rapper who comes into contact with Chris and Adriana.

If there’s one thing that The Sopranos is truly bad at, it is at portraying minorities. The main characters are all racists and homophobes (Chris in crowded urban fast-food joint: “Who’s f**kin’ welfare check do you gotta cash to get a burger around here?”), but that doesn’t mean every black character should be portrayed as thinly as Tony and his crew view them. In this regard, The Sopranos certainly wasn’t The Wire.

The episode begins with a quick burst of ultraviolence, in which the guys kill a Mexican drug dealer and steal a ton of money. The large haul enables them to take a little break. All mob activities get the week off.

For Chris, this means spending quality time with Adriana. Up until now, she’s been a character on the fringes, but actress Drea de Matteo proves that Adriana is far more than just eye candy. She’ll eventually develop into one of the show’s most compelling characters, but that won’t be until season five. For now, her ambitions to become a record producer are somewhat disconnected and pointless.

Meanwhile, Massive Genius wants Chris to arrange a sit-down with Tony’s Jewish friend, Hesh Rabkin. Massive believes that Hesh owes a fortune in unpaid royalties for stealing R&B songwriting credits back in the early ’60s. In return, Massive will help Adriana get her music aspirations off the ground.

Another flaw with “A Hit Is a Hit” is the fact that we’re forced to listen to some truly terrible music. Adriana’s recording sessions with her friend’s emo-rock band, Visiting Day, are funny (Chris ends up smashing a guitar over the lead singer’s head), but their actual songs are total trash. “A hit is a hit, my friend, and that’s not a hit,” says Hesh.

Massive Genius, thankfully, never shows up again. He threatens to sue Hesh and Tony, but we never hear how it all turns out. It’s another way in which this episode can feel unimportant. In the end, the story merely serves as a metaphor of the changing times — gangsters to gangstas, old school to new school, leg-breaking to litigation.

Tony, meanwhile, spends the episode awkwardly befriending his neighbor, Dr. Bruce Cusamano.  He was the one who recommended Tony to Dr. Melfi, before the series started, and so Tony repays the favor by buying him a box of Cuban cigars.

Cusamano and his buddies are complete dorks — they seem like a good time, but they’re whiter than Wonderbread (Tony refers to them as amediggan). Infatuated by the presence of a known mobster, they badger him with Mafia pop-culture questions during a round of golf. Tony later admits to Dr. Melfi that he felt like a dancing bear, merely there for their amusement.

The story shows a nice contrast between two rich neighbors with vastly different means of income. In this manner, it makes a little more sense than the Massive Genius storyline. However, it still feels completely out of place.

The ending of the episode thankfully makes up for some of the missteps. We close on a humorous note, as Tony gets back at the Cusamanos by giving them a box filled with sand, and telling them to hang onto the mysterious package for a little bit.

Either way, this is an episode of The Sopranos we’re talking about here. A bad Sopranos episode is like a bad song by Ice-T — sure, it’s gaudy and vulgar and dissonant, but it’s still got the charm. “A Hit Is a Hit” would still be an average episode for most TV shows.

The problem, however, is that it’s completely forgettable when it comes to this TV show. In the context of The Sopranos, this is as bad as it gets.