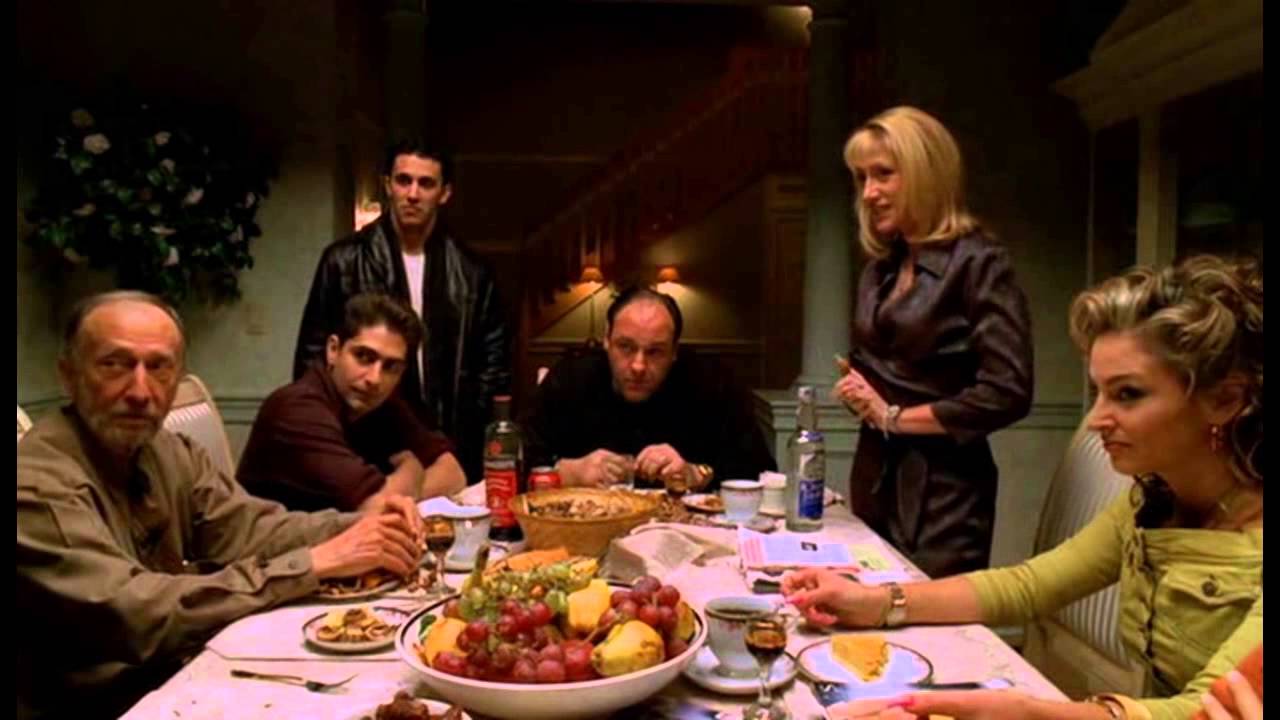 You thought Livia Soprano was gone? Well, she’s actually alive and well, and now comes in the form of a Mercedes-Benz saleswoman by the name of Gloria Trillo. She’s a stunning and seductive brunette (much like young Livia), svelte and sultry, clad in black.

She also happens to be a patient of Dr. Melfi’s, which should be an immediate red flag. Tony meets her in a scheduling mix-up, and the fatal attraction is evident, to us the audience and especially to Melfi. But patient-client privilege means that their toxic affair is given free rein to blossom, and even those ducks from the pilot can’t save Tony now.

Of course, this is just the beginning of the relationship between Tony and Gloria. The couple are in their honeymoon phase right now — fucking on the Stugots without a care in the world. The marina provides an isolated home away from home; a break from reality. That the episode ends with ducks quacking along the pier, with the black Mercedes SL500 in the foreground, suggests that Tony may be going off the deep end — right now, he doesn’t give a shit about family.

He doesn’t yet realize that he is drawn to Gloria through his own Oedipal desires.

I wouldn’t go so far as to call “He is Risen” another inconsequential, “nothing happens” installment. For example, one capo dies so that another may be christened. But the entire episode as a whole is somewhat anticlimactic.

The tensions between Tony and Ralph Cifaretto are at an all-time high, with Johnny Sack acting as mediator. In true Sopranos fashion, however, the conflict is resolved when Gigi Cestone, head of the Aprile crew, dies from a post-Thanksgiving heart attack on the toilet. It’s a very convenient deus ex machina — he might as well have been struck by lightning. It certainly would’ve been less humiliating. Tony has no choice but to give Ralph a promotion, momentarily putting their disagreements behind them.

For Johnny Sack and the other mobsters, the squabble between Tony and Ralph appears petty — they deny each other drinks at the bar and disinvite each other to Thanksgiving dinner. Even the main source of conflict between the two, when viewed through the prism of Mafioso code, should be a non-issue: “all this over some whore.” Much ado about nothing.

But the bad blood is what makes this episode worth watching. Season three has seen cracks in the seams of Tony’s “good times” — the comedic fare of season two has been fewer and farther between. Hanging over every episode now is the dread remembrance of Livia’s passing, Melfi’s rape and Tracee’s brutal death. These events haunt every scene, whether or not they are alluded to directly.

If you’ll remember back to “University,” the story of Tracee was parlayed with Meadow’s subplot at Columbia. Through expert editing, our emotional signals became crossed, and we began to associate one story with the other. Due to this trick, Meadow and Tracee are two characters that are forever linked, for us the audience and especially for Tony.

“He is Risen” finds Meadow beginning a new romance with Jackie Jr., which makes Tony happy but also gives him cause for concern. Even though Tony’s finally back in his daughter’s good graces, he can’t help but see the parallels between Jackie and Ralphie. And he literally sees the parallels between Meadow and Tracee (nice use of flashback).

Even though both characters are becoming more and more unlikable, they seem to be a perfect match, even though they’re clearly terrible for each other.

On the other hand, Tony and Gloria are just as toxic. Perhaps that’s why they’re drawn to each other. The Sopranos has always possessed a twisted sense of irony, but this sinful affair is the most venomous that the series has ever seen.

For an episode that takes place during Thanksgiving, we certainly aren’t thankful for the predicaments that the characters are involving themselves in. All we can do is sit back and watch as Tony, Meadow et al self-sabotage their personal lives and cause tremendous strain on their families. But in the end, isn’t that what Thanksgiving dinner is all about?

Even with such a hopeful title, “He Is Risen” features The Sopranos falling further and further into despair.