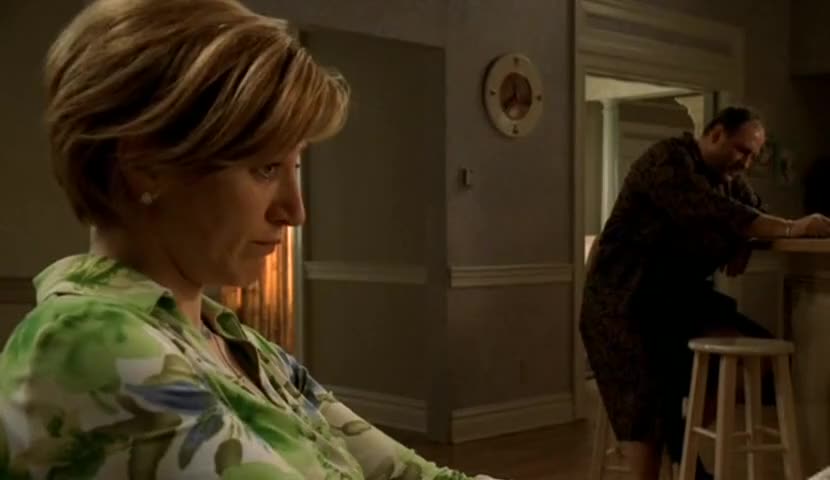 Eloise: “How to Marry a Millionaire”

Despite running for six seasons, The Sopranos can be neatly divided into three distinct acts. For example, the first three seasons establish the foundations, while seasons five and six serve as the extended climax. In between, season four represents a series in transition — a coda to the past and a prelude to the future.

It is at once The Sopranos’ most frustrating and rewarding season — frustrating because of the minimalist, slow-burn aesthetic; rewarding due to the intricacies that are revealed upon repeated viewing. It’s no surprise that season four’s main themes include isolation, uncertainty and disconnection.

Take “Eloise,” for example: although it is the season’s penultimate episode, there is hardly a sense of finality. The installment bears more similarities to “No Show” than it does with next week’s “Whitecaps.” Nevertheless, the tensions that have been simmering throughout the year continue to grow.

Without therapy, Tony Soprano now complains to anyone who will listen, including airing out his Carmela-related frustrations to Furio, the Italian henchman who is hopelessly in love with the boss’ wife. Of course, Tony’s dismissive attitude has caused Carmela to reciprocate Furio’s lovelorn feelings. She even plans a date for the two of them. Meanwhile, Furio contemplates pushing Tony into a helicopter propeller.

Due to a combination of drunkenness and selfishness, Tony remains ignorantly unaware of these developments. Besides, he’s preoccupied by the feud with New York City over the Esplanade project, which — in a stunning change-of-heart from Johnny Sack — could lead to the assassination of Carmine Lupertazzi.

For the most part, however, “Eloise” shows things from Carmela’s perspective. She’s heartbroken when Furio suddenly returns to Italy, and she spends the rest of the episode jealous that Meadow is doing so well for herself (a new boyfriend, a bright future and the freedom to make her own decisions).

At the end of the episode, when Tony asks Carmela if this isn’t everything she ever wanted, she responds in a blank, emotionless tone: “Yes.”

Whether it’s Carmela feeling undervalued, Tony undervaluing everyone else or Paulie Gualtieri going unrecognized, nothing much has changed since the series began. “Eloise” is a perfect representation of season four’s intentional “aimlessness.” And while it might not feel like a great set-up for next week’s finale, the episode works perfectly within the season’s unpredictable structure.

Most of all, “Eloise” benefits from great editing. Despite the disjointed awkwardness of several scenes (notably the family dinner at Meadow’s new apartment), the installment is perfectly streamlined with great comedic timing. Even Carmela’s depression is played for laughs, which purposely removes all feeling from the storyline, a recurring trend this season.

With all emotion relentlessly drained away over the course of the last 12 chapters, the growing malaise has become quite palpable. In this regard, “Eloise” is actually a perfect penultimate episode — the passionless calm before next week’s emotional storm.