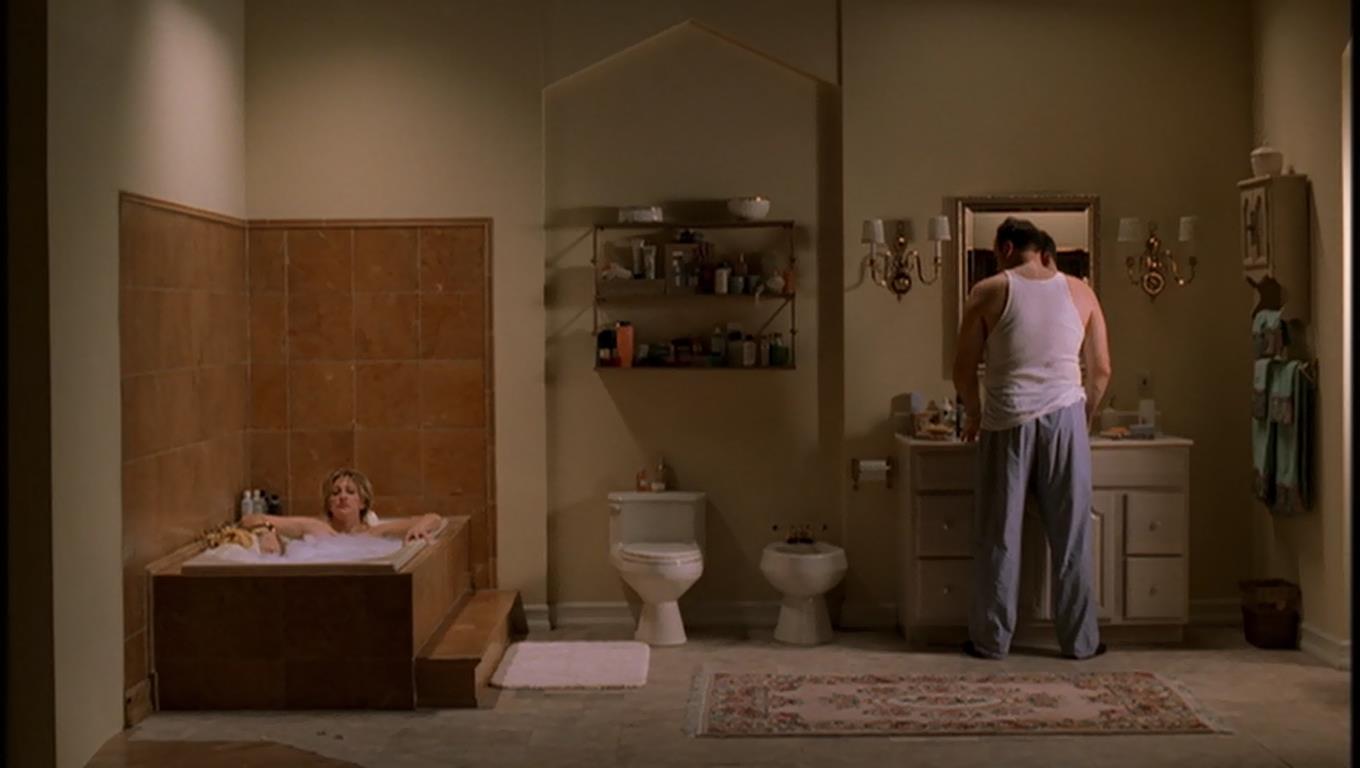 No Show: “Everything In Its Right Place”

Despite being full of gritty violence and gratuitous profanity, The Sopranos has always carried a convivial and good-humored point of view. However, two episodes into season four, the mood has clearly soured. In “No Show,” all the characters seem to hate each other, which causes us to hate all the characters in turn.

Of course, this is all intentional on the part of series creator David Chase. From the very beginning, he’s chastised us for loving these characters, and now he’s finally showing us how immoral they truly are. By the end of “No Show,” the only person we feel any sympathy for is Adriana La Cerva.

As was the case in the season premiere, the economic downturn causes animosity between almost everyone. Chris Moltisanti feels unappreciated by Tony, which causes him to lash out against Adriana and sink further into addiction; Patsy Parisi confronts Chris after being passed over for promotion; Silvio openly defies Tony’s orders when he suspects Chris is taking his place; and Paulie hates the entire organization for not taking care of him while he’s in jail.

The feuds go on and on, and the animosity spills over from work to home. Much of the episode deals with Meadow’s arguments with Carmela over her desire to take a year off from college and travel to Europe. Meadow continues to use the “Jackie Jr. is dead” excuse at every available opportunity, confirming that she learned absolutely nothing from the season three finale, and that she’s actually the biggest hypocrite on the entire show.

The aforementioned puke scene, by the way, is the only victorious moment in the entire episode, which says a lot about season four’s extremely cynical aesthetic.

By the end of the hour, nothing has been solved. The feuds between characters are only growing, and the distance between Tony and his family is endlessly expanding. Just look at the final scene, in which director John Patterson’s camera reveals that a casual conversation between Tony and Carmela is actually taking place at opposite ends of a vast bathroom.

The gulf will continue to widen as the season goes on, and for viewers wondering if we’ll ever return to the carefree “good times” of seasons one and two, that ship sailed long ago. Radiohead’s “Kid A” plays over the end credits — a perfect song to signify The Sopranos’ uncertain future.