In 1950, the Korean War began, Jackson Pollock painted Autumn Rhythm (Number 30) and Charlie Parker made the best album of the year.

When it comes to the 10 best albums of 1950 (the year, not the decade), we must first establish that “albums” as we know them today essentially didn’t exist back then. Although the 12-inch LP was first introduced by RCA Victor in 1948, the most common form of music mass production was still the 78rpm record. Most of the “albums” on this list were originally released on 10-inch vinyl, typically lasting no longer than 20 to 25 minutes.

Even the simple task of finding 10 albums from 1950 was pretty tough. As a result, this probably goes down as one of the most diverse Best Of lists in Colin’s Review history. Where else are you going to find lo-fi mariachi music, Peruvian mambo and a posthumous release from Dixieland legend Bunk Johnson in the same blog post?

The rest of the Top 10 — including the number one spot — is rounded out by already-established veterans from the previous decade (Charlie Parker, Ella Fitzgerald and Stan Kenton) and soon-to-be legends that will shape the course of the decade to come (Les Paul, Bud Powell and Frank Sinatra). All are deserving of inclusion, despite the unprecedented dearth of “albums” to choose from. 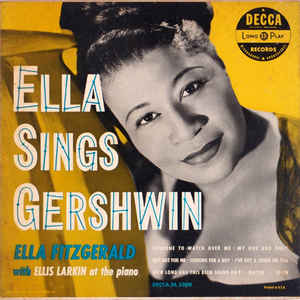 Not as good as the sequel, and not as good as his contemporary Thelonious Monk, but Piano Solos #1 is another reason why Bud Powell should be given his due as one of the progenitors of modern jazz.

This delightful mariachi tape is only six songs and 19-minutes long, which means even a staunch musical conservative could grow to appreciate it. Acoustic guitar, out-of-tune mandolin and scratchy violin provide a solid instrumental backbone that would make Pancho Villa proud. Continue reading…

7. Swing and Dance with Frank Sinatra

Swing and Dance with Frank Sinatra features some of the crooner’s most underrated tunes. “Lover” is not only a vocal tour-de-force but also a showcase of stunning musicianship. Meanwhile, “It’s Only a Paper Moon” shows that he was clearly a superstar in the making. Continue reading…

6. Voice of the Xtabay

The voice of Yma Sumac is one of the most impressive musical instruments of all time, something that truly must be heard to be believed. Because of my general unfamiliarity with the culture, Sumac is as Peruvian as my palate gets. Even though the backing orchestration is Hollywood’s idea of South America, Sumac’s Incan inclinations transcend the cheesy fanfare. Bonus points for “Ataypura” being featured in The Big Lebowski. 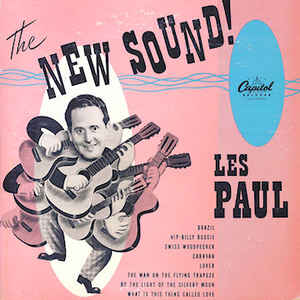 Even though Les Paul is a household name, the man’s music is seldom heard. This obscure LP is among his best work — an instrumental exploration of innovative guitar sounds and experimental recording techniques.

This is avant-garde in the truest sense of the term. Hard to believe it was recorded in 1950, that’s for sure. Continue reading…

4. The Last Testament of a Great New Orleans Jazzman 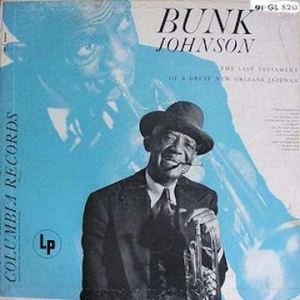 An influence upon a young Louie Armstrong, Bunk Johnson was a key figure during the evolving jazz scene in the early 1900s. He played trumpet throughout Louisiana until he got his teeth knocked out in 1931, prompting an early retirement. A critical re-appraisal by the likes of Armstrong and Sidney Bechet helped revive Johnson’s career, and his comeback coincided with the late-’40s Dixieland Revival. 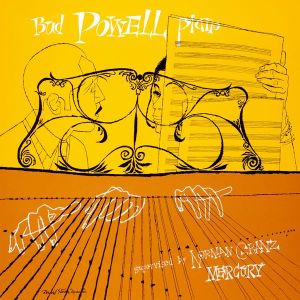 Bud Powell’s playing style is energetic but also soothing, pointing the way toward hard bop while remaining firmly rooted in bebop ballad tradition. Making use of chromaticism and frequent arpeggios, Powell was at least a decade of his time. He perfectly translates the musical language of Charlie Parker from alto saxophone to piano. Continue reading…

Stan Kenton is easily one of the most underrated jazz composers of the entire 20th century. Blending the avant-garde atonalism of Charles Ives with the big-band traditionalism of Count Basie, Innovations in Modern Music was a wholly unique LP that was decades ahead of its time. Continue reading…

Having always held an interest in classical music, particularly the innovations of Igor Stravinsky, Charlie Parker became the first jazz musician to ever record with a string ensemble. The resulting collaboration seamlessly bridges genres and cultures, ushering in a new decade of improvisation.

There were very few “albums” released in 1950, but Charlie Parker with Strings is unquestionably the best. Not only that, but it can also be considered some of the most important jazz music of all time. Continue reading…