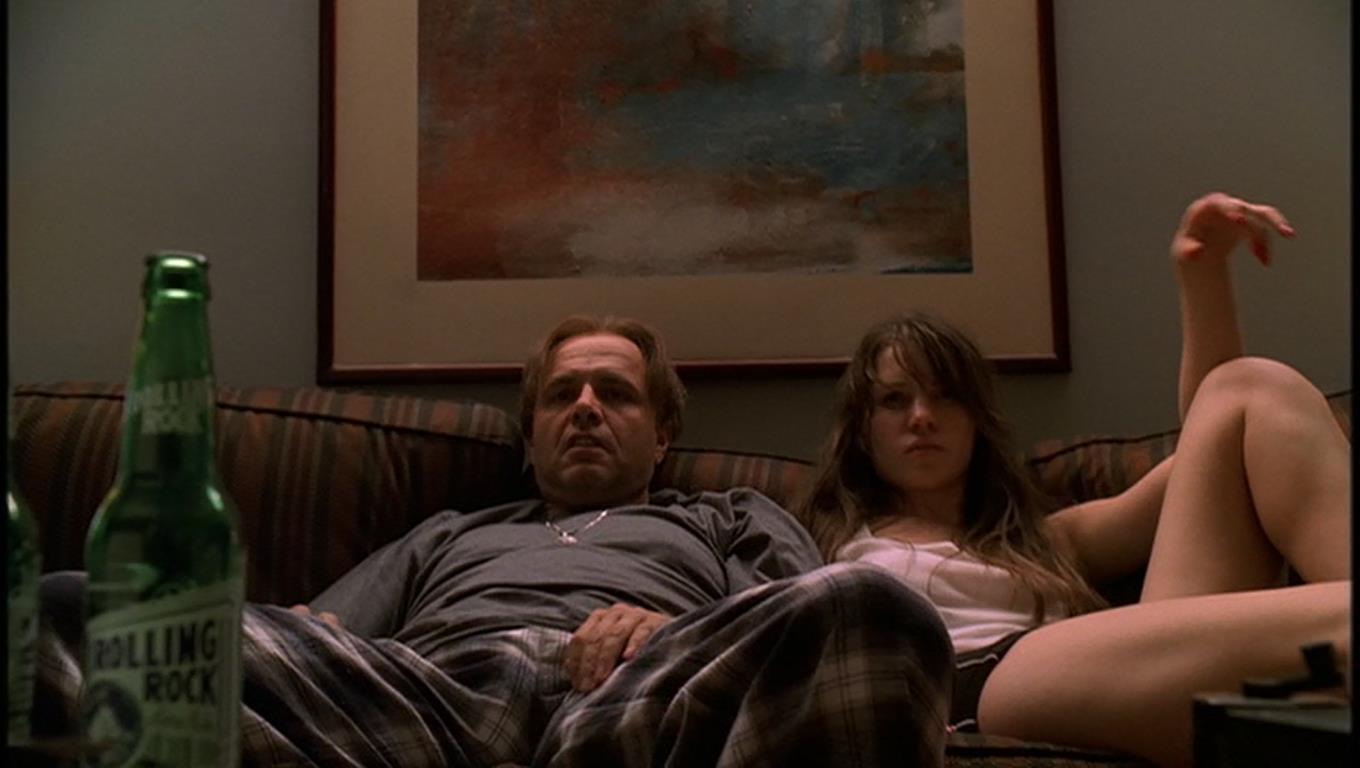 University: “No Apologies/For All the Misogyny”

What is the best way to condemn violence? By glorifying it? Art for art’s sake is always a tricky issue. Quentin Tarantino has made an entire career toeing this line. Violence for violence’s sake?

Because television itself is postmodern in nature, a TV show should conform to this aesthetic to reach its full potential. In postmodern art, irony and violence mix well, and The Sopranos manages to balance both without favoring one or the other.

“University” is the most violent and cruel episode in The Sopranos‘ catalogue, but it’s handled with all the necessary care and sorrow that it deserves. Writing credit is split among the show’s prime architects — this is a cornerstone episode.

The Sopranos’ gritty violence perfectly complements what is really a morality play at heart. However, irony only works as a double-edged sword for so long. For example, it’s hard to argue that the gratuitous Bada Bing boobage is nothing more than lowbrow eye-candy. Nevertheless, “University” is the episode that forever justifies all future nudity. This one’s for the strippers.

The one-off central storyline concerns an abused stripper named Tracee, who is stuck in a volatile relationship with Ralph Cifaretto. Several times throughout the episode, she reaches out to Tony Soprano for help. But Tony is in no position to take on a new stripper friend, and so he politely declines her requests. It isn’t too long afterward that Ralphie gets carried away, beating Tracee to the death in the Bada Bing parking lot.

“University” succeeds in making us care for a one-time character, but it accomplishes its best work when it gets our signals crossed. The episode successfully plays two stories off each other — the tragedy of Tracee intercut with Meadow’s relationship struggles with Noah Tannenbaum. Through use of precise match cuts, we begin to associate one story with the other, and vice versa. The most important thing to note is that both girls are around the same age.

Meadow is just figuring out that guys can be assholes, but Tracee has known this her entire life. She’s pregnant with Ralphie’s baby, but he’s nothing more than a drugged-out sadist, as unfit a father as ever there was. His antics are cartoonish (re-enacting scenes from Gladiator at the expense of Georgie the bartender’s eye), and his vulgarities reprehensible (forcing Tracee to engage in backroom threesomes) — he’s easily the The Sopranos’ most deplorable villain yet.

The behavior Tracee is subjected to is absolutely sickening, not just from Ralphie, but also from club owner Silvio. It’s hard to watch, but it reminds us that this unfortunate lifestyle really exists, shared by far too many women. It’s inevitable that Tracee meets her doom, though even she should’ve been spared such a cruel and painful exit.

Season three of The Sopranos is as feministic as the show will ever get, but don’t expect anything along the lines of Mad Men. Must the gals be raped or murdered for their plight to be recognized?

Questions of misogyny aside, “University” is an all-around fantastic episode. The very fact that Meadow breaking up with her boyfriend is just as interesting as the whore-with-the-heart-of-gold storyline is quite a feat. Usually the Soprano kids play second fiddle to the mob violence, but now that Tony and Carmela are sharing joint therapy sessions, these familial connections have only grown stronger.

Yet it is for Tracee whom this episode is best remembered. Her death may not be alluded to much in the future, but just like Dr. Melfi’s rape, the memory is what lives on. These traumatic events (along with Livia’s death) hang over the entirety of season three, which has already been a dark and depressing trudge, a perfect counterpoint to season two’s lighter shades of comedy.

So, where do we stand going forward? From a plot perspective, Tony could be in deep trouble after laying hands on Ralphie, a made man. This new development takes all precedence — losing Tracee was ultimately nothing more than a business expense. Ralphie is a loose cannon more dangerous than Richie Aprile, yet he can’t be disposed of quite as easily.

From an emotional standpoint, there is no going back. We’ve become entangled in the lives of these terrible people, and just like the strippers, we know it’ll end in tears. Not even the postmodern irony can lighten the mood.