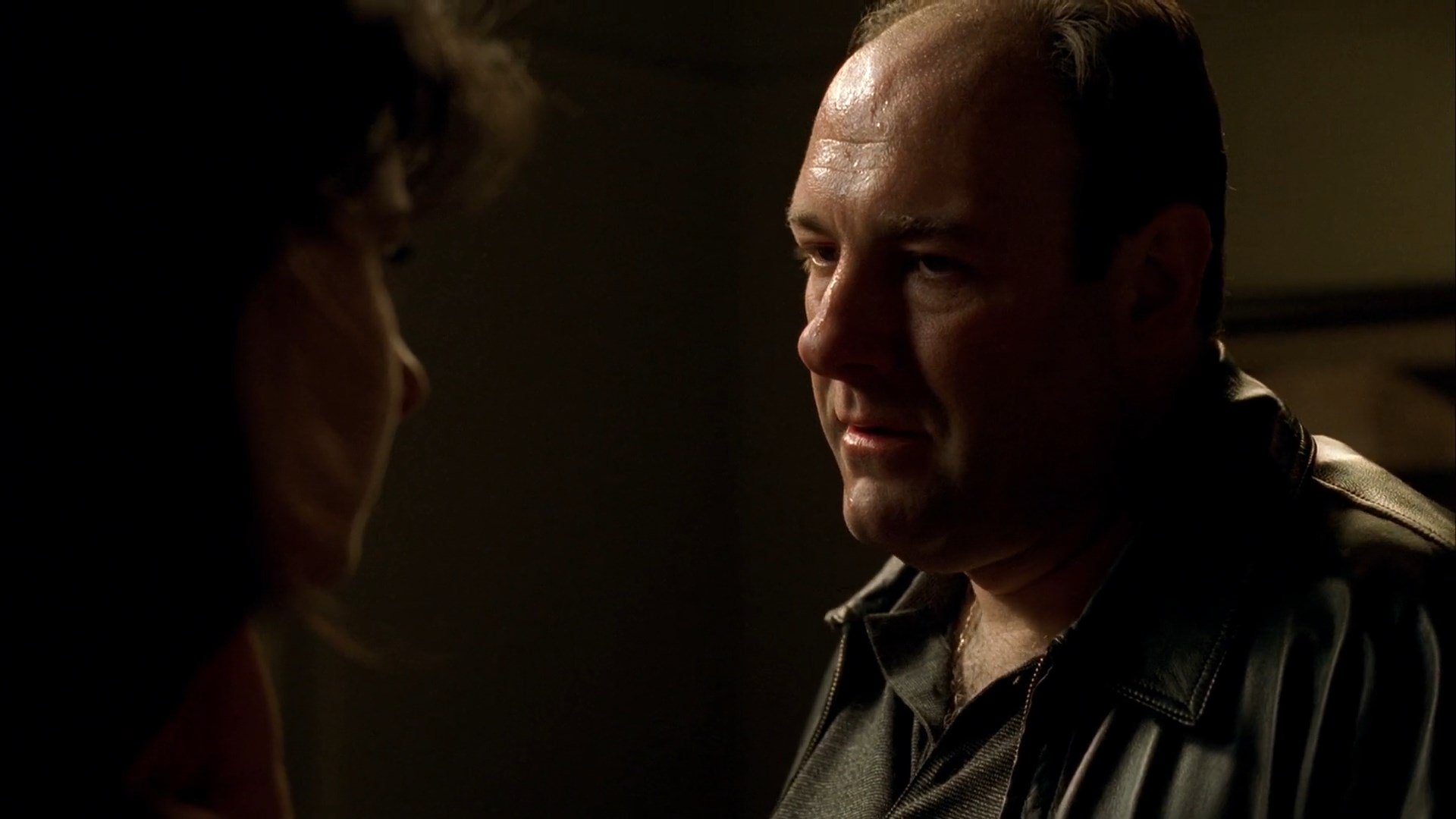 At the end of “Watching Too Much Television,” Tony Soprano beats a half-naked assemblyman with a belt. In the past, a scene like this might’ve played as poignant satire, which is a testament to how The Sopranos often doubles down as both great drama and great comedy. Yet in the despondent reality of season four, the scene is ugly and abhorrent, and it makes us hate our main character more than we ever have before.

Tony has always been a lovable antihero — that’s one of The Sopranos’ greatest contributions to cable TV. However, series creator David Chase has really been pushing the limits of that definition here in season four. In moments such as this, Tony’s been turned into an outright villain.

The same goes for Christopher Moltisanti, who was at one time an affable underdog. Nowadays, he’s nothing more than an abusive fiancé and unrepentant heroin junkie with no redeemable qualities. Such is the nature of Chase’s creation: when you watch too much television, you’ll naturally end up hating television. Apparently, that also applies to writing television.

Unfortunately for The Sopranos’ devoted fans and viewers, this heel-turn toward self-loathing puts us at a crossroads: should we trust Chase’s vision, or is it wrong to change the series’ outlook four years in? The answer is the former, but it’s necessary to understand how we arrived at the latter.

Ever since the beginning, the main outlook of the series has always been one of deep-rooted cynicism. However, the morally reprehensible storylines were always masked by humor and a flair for cinematic experimentation. To counteract the façade, season four has adopted a minimalist aesthetic that cleverly amplifies the extreme pessimism that has always been at The Sopranos’ heart.

For instance, take the famous scene from the pilot episode, in which Tony shows Meadow the old cathedral that his great-grandfather built. It represented a nostalgic look at the past; a towering monument to the old ways now gone. In “Watching Too Much Television,” Tony takes AJ to the same church, but the original message is lost on them both — four years later, the building is now a metaphor for Tony’s fraudulent mortgage scheme.

“Watching Too Much Television” extends the season’s main themes to the political arena, as Tony and Ralph Cifaretto use their connections to Assemblyman Ronald Zellman and Maurice Tiffen, an African American activist, to swindle the U.S. Department of Housing and Urban Development. Because The Sopranos rarely explains the details of the mob’s get-rich-quick schemes, this episode is particularly noteworthy for its start-to-finish execution of the HUD scam. However, that doesn’t mean the results are particularly memorable.

Even though the installment has a relatively easygoing vibe, it features an unusually large focus on Zellman and Tiffen, who simply aren’t interesting enough to carry a scene by themselves. Likewise, the episode’s depictions of minorities once again fall flat, which has been a recurring issue throughout the series. Leave the scenes involving crackheads and teenage gangbangers to The Wire.

All these non-traditional elements somehow make that aforementioned final scene even more revolting, which I guess is the intended effect. The HUD scam is a success, and Tony didn’t even have to get his hands dirty, but that doesn’t stop him from assaulting Zellman over the fact that he’s now dating Irina. It’s a deliberately off-putting scene that leaves us with a bad taste in our mouths. For the audience, however, it might just be one punishment too many.

The Sopranos S4E7: “Watching Too Much Television”