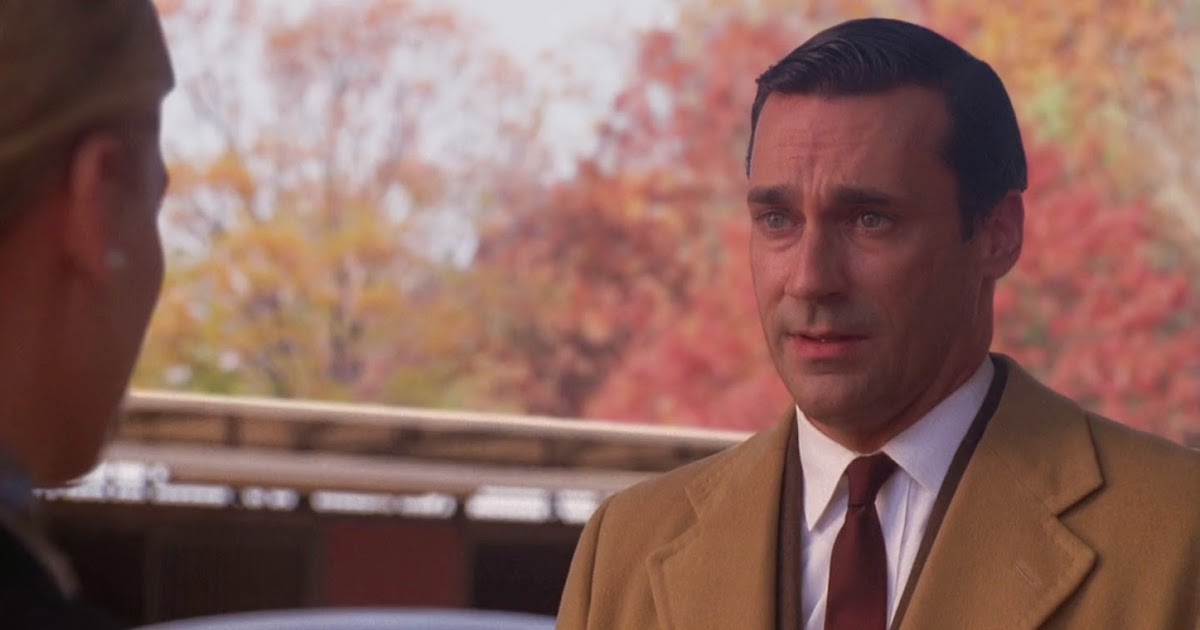 Mad Men is a show that often seems like it’s going nowhere. For example, season two has been somewhat of a transitional year — problems arose, but nothing was really solved. By the end of the season finale, that’s still the case, yet the storylines are wrapped up so masterfully … and so unexpectedly … that we already can’t wait to see what elegant nothingness transpires in season three.

In “Meditations in an Emergency,” Don Draper finally returns to NYC, Betty Draper finds out that she’s pregnant and Sterling Cooper merges with Putnam, Powell & Lowe. It hardly sounds like compelling television, but because we’ve spent so long building up to moments we didn’t even know we were building up to, the payoff is entirely worth it.

The episode takes place during the Cuban Missile Crisis, which casts a doomsday vibe over the proceedings. In the background, the pouring rain only adds to the general sense of unease. As a result, “Meditations in an Emergency” is a real “this is it” juncture for the characters.

Mirroring the season itself, the episode starts off slow but builds to a dramatic conclusion. The final 10-or-so minutes are fantastic, piling emotional scene after emotional scene until it’s clear that series creator Matthew Weiner has delivered another masterpiece on par with “The Wheel.”

For example, Peggy Olson finally confesses to Pete Campbell that she had his baby, and that she decided to give it up for adoption rather than guilting him into marrying her. Of course, this comes right after Pete has confessed his love for her.

It’s a heartbreaking scene, and a major step forward for Peggy, but it leaves a drunk Pete sitting alone in his office clutching a shotgun, probably wishing the world would just end already. A stunning conclusion to the questionable anti-romance that began all the way back in the pilot.

Meanwhile, Betty has felt like her world was ending ever since she found out that Don cheated on her with Bobbie Barrett. When he suddenly returns home and tries to rejoin her life, she has no idea how to respond. The unexpected pregnancy — of which she seriously considers abortion (highly taboo back in 1962) — only adds to her confusion.

So what does she do? She ultimately lets Don back in, but not before hooking up with a random stranger in a downtown bar as a way to get back at him for his years of infidelity. Naturally, however, she doesn’t dare tell Don about it.

What she does tell him (because she has to, obviously) is that they’re going to have another baby. The episode ends with the two of them sitting at the kitchen table in silence, unsure how to react to a marriage built on lies and guilt. It’s the only way the season could’ve concluded.

In many ways, “Meditations in an Emergency” wants us to reflect on how the characters began the season — Betty goes from lovelorn to loveless, Peggy goes from confused to confident and Don goes from … well … he remains stuck in an eternal mid-life crisis, although he does exhibit some signs of maturity and growth.

Just like the season one finale, Don delivers an all-encompassing, emotional speech that serves as one of the highlights of the episode. But this time he’s not selling cameras; he’s selling himself. And his audience isn’t a smoke-filled room of Kodak executives; it’s a handwritten note to Betty, asking for forgiveness.

But just like any advertising pitch, we’ve got to wonder how much he truly means it.

His other triumphant speech comes during a meeting with Putnam, Powell & Lowe, as Duck Phillips is about to be anointed president of the new Sterling Cooper. Duck’s first move: to cut ties with Don. But Don smartly beats him to the punch, noting that he never signed a contract, and announcing he’ll quit before working at such an agency.

Duck freaks out, and the PPL executives — who were interested in acquiring Sterling Cooper mainly due to Don’s talent — decide to cut ties with Duck instead: “He never could hold his liquor.”

So, at the end of the day, the characters end up back where they started, though their journey has been emotional rather than physical. Like I mentioned before, season two is very much a transitional year for Mad Men, but the final trio of episodes are so great that they stand out over the somewhat lesser material that came before.

This makes “Meditations in an Emergency” a perfect capstone, leaving open a world full of possibilities in a way that only Mad Men knows how: it doesn’t raise questions, it doesn’t provide answers, it simply is.

Once again, the season adds up to more than the sum of its parts.