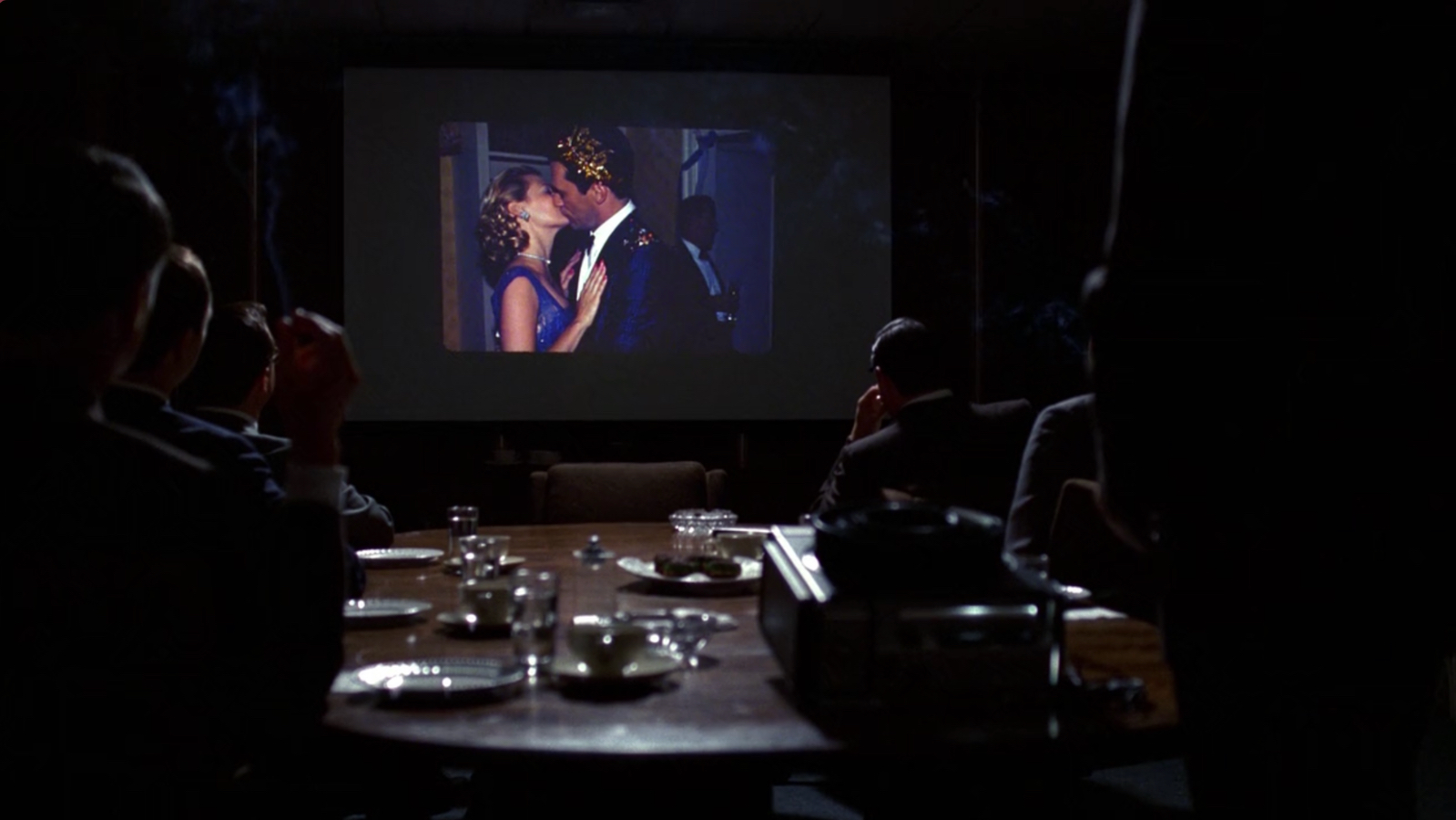 “A Carousel Through Time”

How profound can an advertisement really be? After all, deep down, the overall purpose is to sell a product. No matter what the ad promises, however good the intentions may seem, all they really want is your money. So, why then is Harry Crane — and the rest of the audience — moved to tears by the end of Don Draper’s Kodak presentation?

The product in question, a slide projector with a rotary tray for storing photographs, is tentatively called the Wheel. But Don believes it is capable of something more. “It’s not called the Wheel,” he says. “It’s called a Carousel.” As he flips the projector from slide to slide, he contemplates the memories onscreen — a picture of him pushing his son, Bobby, on a swing set in the park; lying with his daughter, Sally, on the couch on Christmas morning; a younger version of himself kissing his wife on their wedding day.

Don’s presentation is beautiful, nostalgic, genuine. He uses anecdotes, invokes the memory of Rachel Menken, and even throws in some Greek for good measure. All the while, he thinks of his family, and how he’s neglected them throughout the years. His half-brother just committed suicide. He longs for better days.

It’s the greatest sales pitch of all time.

But just how much does Don really mean it? After all, he’s still selling a product. The Carousel speech wins over the Kodak executives, but the most important customer in the room is Don himself. And for the first time in his life, he believes in what he’s saying, finally recognizing the importance of family.

When Don gets home from work, he happily embraces his kids, and tells Betty that he’ll be joining them on their Thanksgiving vacation with the in-laws. It’s a warm vision of love and commitment, but it’s just a fantasy. In reality, he arrives to find his house empty, and that his family has already left without him.

False endings work, and sometimes they don’t. In the tradition of 25th Hour and, more recently, Parasite, “The Wheel” concludes with a cruel fake-out that slams the door on Don’s wishful fantasy. But it’s not a cheat — rather, it’s perfectly in step with the nature of advertising itself. Don sold the Carousel speech so well that he believes all his problems will be gone when he walks through the door.

As he sits alone on the stairs, Bob Dylan’s “Don’t Think Twice, It’s All Right” closes the episode with a scathing note of irony and poignancy.

Like the slide projector it’s named after, “The Wheel” stacks great scene after great scene. It’s easily one of Mad Men’s greatest episodes, and it’s also the first time where we truly comprehend the emotional highs that this series is capable of.

Take Betty’s scene with Glenn Bishop, for instance. Earlier in the episode, she learned that her friend, Francine, has an adulterous husband. After finding out that Don has been listening in on her therapy sessions, she begins to fear the worst. But the only person that she can talk to about her immense loneliness is the nine-year-old kid who lives down the street.

Elsewhere, we have Harry Crane. Even though actor Rich Somner is part of the main cast, his character has largely existed on the fringes. In this episode, however, Harry comes into his own, sharing a touching conversation with Don, and then later unable to contain his emotion during the climactic Carousel speech.

And then there’s Peggy Olson, who has just been promoted to junior copywriter in the wake of Don’s success. But then she finds out that she’s pregnant. And the father is Pete Campbell. And her dreams of being a successful businesswoman take a serious hit. As she lays in the hospital bed, full of regret, she refuses to even look at her newborn child.

There have been times when Mad Men‘s leisurely pace has felt aimless. Yet this is also the show’s greatest strength. Without the viewer really knowing, Mad Men‘s slow-burn approach causes us to care for these characters deeply. Even though they make more money than us, we relate to the complexities of their everyday lives. Their problems are our problems, and Donald Draper is no different than Dick Whitman or Harry Crane or you and I.

Season one has had its ups and downs, but “The Wheel” masterfully connects everything that has come before. As a matter of fact, it surprises us with its power. Who knew that a sales pitch for cameras could pack such an emotional wallop, or that a show about advertising could tell so much truth?

This is a finale that hits all the right notes, perfectly ending a season that adds up to more than the sum of its parts.