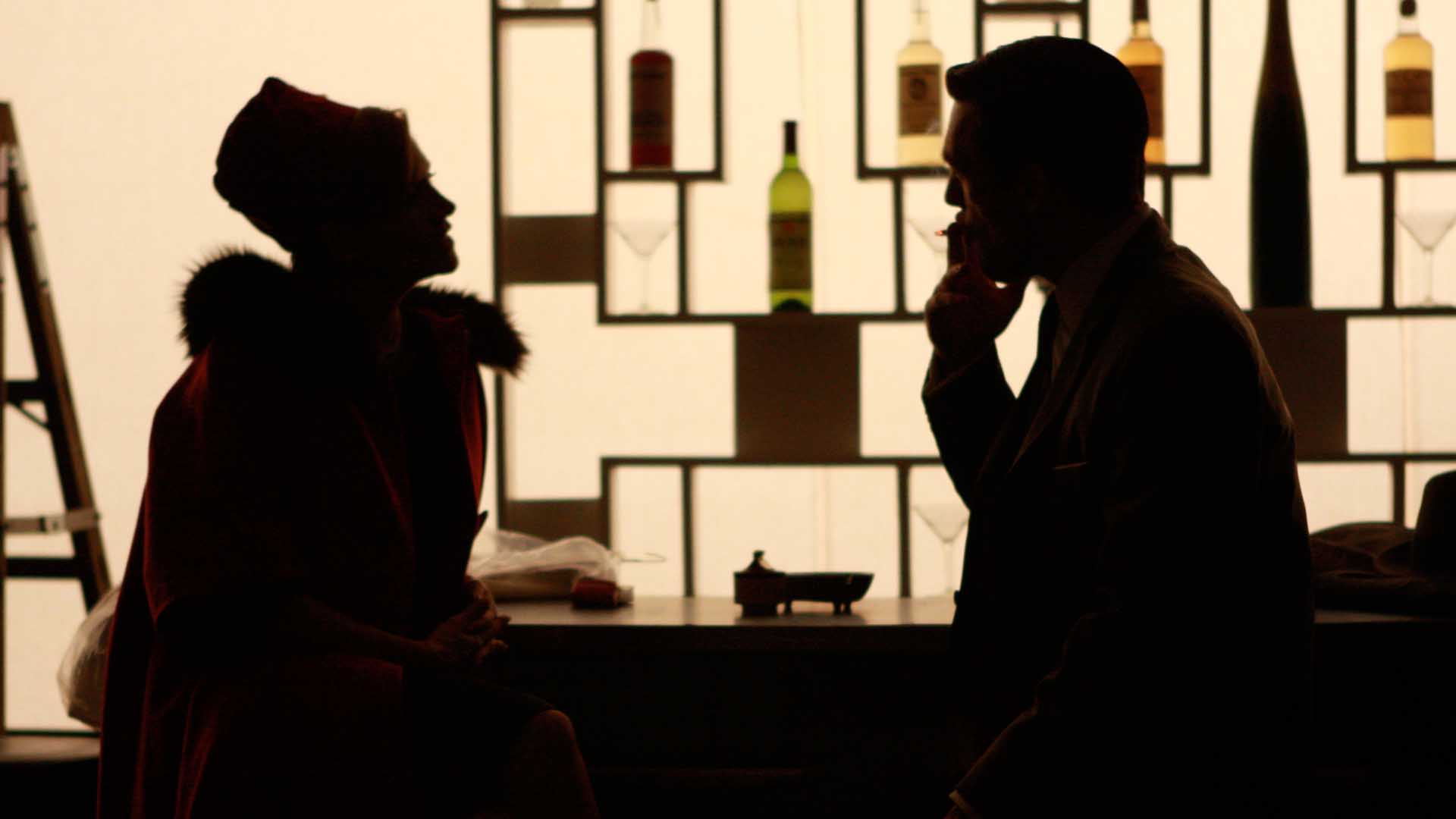 It’s no secret that Mad Men season two has gotten off to a slow start. The premiere got us back up to speed with all the characters that we’ve missed, and the follow-up got us back up to speed on the characters we didn’t really care for. But “The Benefactor” is the first time in Mad Men’s history, save for “The Wheel,” in which we truly care about everything going on.

The heart and soul of the series has always been Sterling Cooper, which means everything that takes place outside the office — from Betty’s horseback riding to Don Draper having sex in his car — is secondary when it comes to advertising. Life at the agency is fun, fast-paced and full of banter. It’s where we want to be. The problem, however, is that every episode so far has featured a relatively equal split between work and home.

“The Benefactor,” for the most part, is centered entirely around Sterling Cooper. Lo and behold, it’s one of Mad Men’s most well-rounded episodes yet. It even makes us care about Betty’s horseback riding and Don having sex in his car, which is quite an accomplishment in itself.

At Sterling Cooper, there’s always something interesting going on, whether that’s Joan Holloway becoming Don’s interim secretary, Harry Crane nervously asking for a raise or Freddy Rumsen getting drunk on the job. And when the aforementioned Jimmy Barrett insults the CEO of Utz potato chips during a commercial shoot, the entire agency is sent into a tailspin, leaving Don to clean up the mess.

Just like the advertising industry itself, the episode moves by at a vigorous pace. Blink and you’ll miss all the clever dialogue and witty repartee. Once again, for the first time in Mad Men’s history, the episode is funny — you could even call it hilarious — from start to finish.

This newfound sense of humor goes a long way in making the episode’s serious moments even more impactful. For example, when Don seduces Jimmy’s wife, thus beginning his latest affair, it provides a stunning, dramatic break from the rest of the episode’s workplace comedy. Likewise, when Betty rejects the advances of a handsome young man at the stables, it highlights the profound sadness of her character.

Then again, even during these serious moments, “The Benefactor” delivers scathing satire. Betty’s conversation with the young stud is laden with horse-related innuendo, and even Don coming home to his family right after having fucked Mrs. Bobbie Barrett — they did it in a parked car on a rainy street in crowded Manhattan, mind you — is played for laughs.

However, the episode’s brilliant ending is played for tears. To make things right between Utz, Jimmy and Sterling Cooper, Don is forced to arrange a dinner in which Jimmy will make a public apology. Also in attendance are Betty, Bobbie and the Schillings (the ones who Jimmy had previously insulted). Despite the awkward situation, everything goes according to plan — the working relationship between client, agency and talent is saved.

Nevertheless, Betty cries the whole ride home. She claims that it’s just tears of love, but Don — and the audience — knows that she’s crying tears of regret. Jack Jones’ rendition of “Lollipops and Roses” closes the episode on a poignantly sardonic note, implying that no amount of laughter can make the slow-motion tragedy of Mad Men any less heartbreaking.