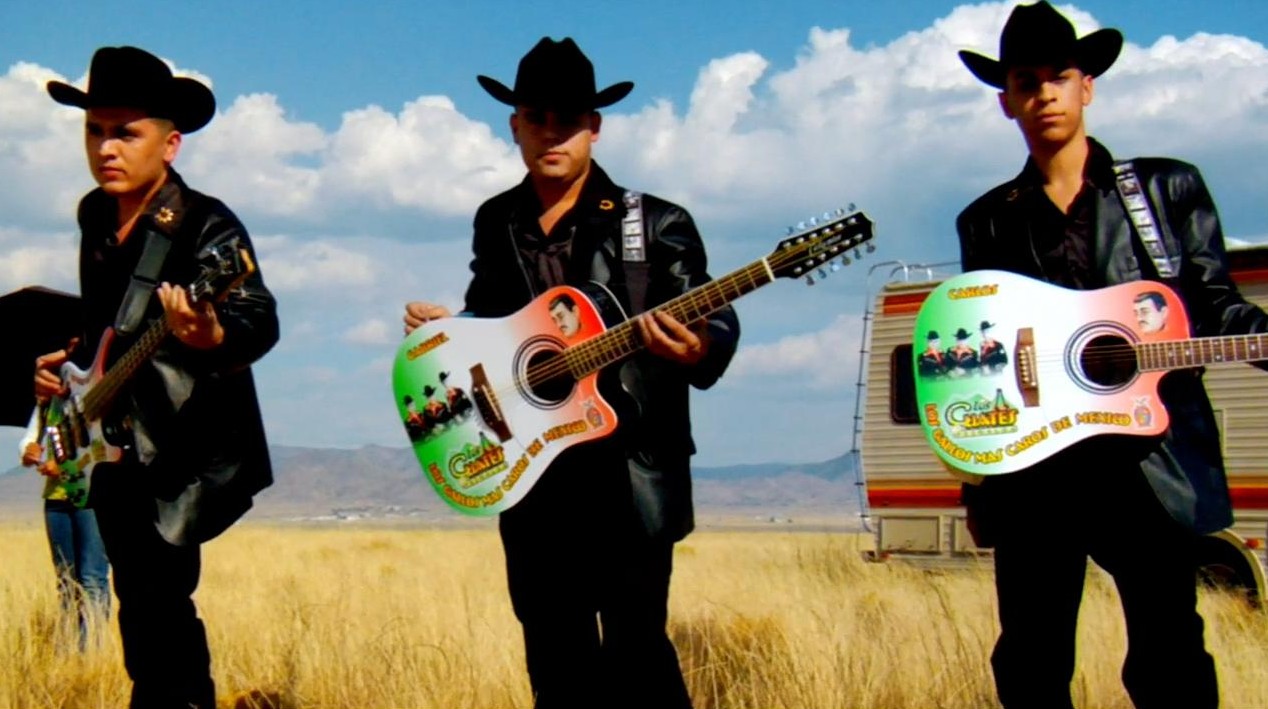 The cold open (TV lingo for pre-credits sequence) has been a very versatile weapon for Breaking Bad. Sometimes it is used as a simple prologue (Walt stripping down in the supermarket or Jesse empathizing with a beetle), sometimes it shows an out-of-context scene that won’t be addressed until later in the episode (Walt walking away from a burning building), and sometimes the scene is completely anomalous and ambiguous (the pink teddy bear that keeps popping up throughout season two). But never before has the cold open consisted of a music video.

The entire concept of a music video opening a TV episode is entertaining and different and delightfully postmodern. But if we’re being honest, the scene lasts too long. The three-and-a-half-minute song isn’t even as good as the 18-second “Breaking Bad Main Title Theme.”

Music video aside, “Negro y Azul” is also memorable for Hank’s first day on the job in El Paso. It’s actually quite unfortunate to see our hometown hero so completely out of his element. But I’d be lying if I said Hank didn’t need a little humbling.

Surrounded by an office full of bilingual professionals who probably view him as a cross between Hudson Hawk and Vic Mackey (doesn’t actor Dean Norris somewhat resemble Bruce Willis and/or Michael Chiklis?), Hank is having second thoughts about accepting the promotion.

When he loses patience with a cartel informant named “Tortuga” (played by Danny Trejo), he learns that the DEA operates on Mexico’s terms. When he finds Tortuga’s head tied to a tortoise, he starts puking in front of his coworkers.

And when he loses several of his fellow agents in a bomb explosion, Hank slips into a state of shock and depression from which he may never fully recover.

While Hank deals with the Mexican drug cartel, Heisenberg is taking advantage of Jesse’s newfound street cred back home. Unfortunately, he doesn’t heed the lyrics of Los Cuates de Sinaola: “That homie’s dead/He just doesn’t know it yet”

The events of “Peekaboo” have left Jesse traumatized. After witnessing a man get his head crushed by an ATM machine, you can’t really been blame him. However, word on the street is that Jesse was the one who killed Spooge. He’s now feared by every dealer in town.

Walt encourages Jesse to embrace this new persona, galvanizing him with a clever analogy about blowfish. It’s not only a ploy to get his partner out of this funk; it’s also an intimidation tactic to corner the rest of the Albuquerque drug market. Most likely it will lead to trouble. But for the time being, it’ll provide a much-needed boost in cashflow and self-confidence.

However, the biggest reason for Jesse’s rejuvenation is the girl next door — his landlord, Jane Margolis. After some awkward initial conversations (no “meet cutes” here, thank God), Jesse finally invites her over. It doesn’t matter that his apartment is virtually empty. Or that he doesn’t know how to work the new TV. Watching Jesse and Jane hold hands in front of a blank screen is the most genuine depiction of romance that Breaking Bad has ever delivered.

Breaking Bad season two has alternated between explosive highs and quiet comedowns on an episode by episode basis. “Negro y Azul” is more of the latter. Dealing mainly with secondary characters, the episode touches on themes of depression, trauma and grief, all of which have been a point of emphasis throughout the season. It’s fair to say that one of the biggest differences between season one and season two has been a tone of sinking despair. Things are quickly spiraling out of control.

Yet even amidst the chaos, there’s nothing wrong with love. The heartwarming image that ends the episode reminds us that things can break good every now and then.

-“Negro y Azul” is somewhat brought down by another depressing Skyler storyline. Skyler applies for a job that she had previously quit years ago, and it seems as though she may have had an affair with the CEO, Ted Beneke. As she continues to cope with depression and financial uncertainty, it she seems she is also planning for Walt’s impending death.

“Tortuga means ‘turtle.’ That’s me. I take my time, but I always win.”

“What’s the matter, Schrader? You act like you never saw a severed human head on a tortoise before.”