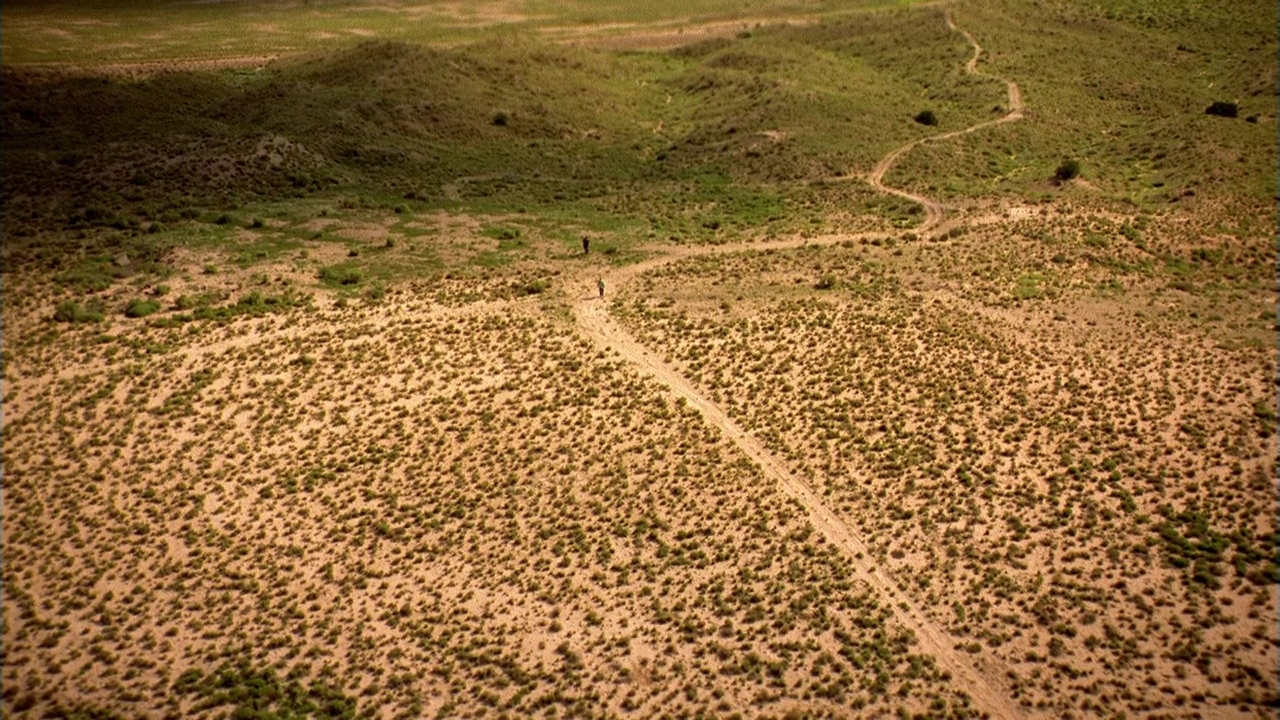 In Breaking Bad, nothing is ever forgotten, and everything is connected. Case in point: “Bit by a Dead Bee,” which has quite a bit of tidying up to do after last week’s carnage, brings back two minor characters to sort out the missing pieces.

One of them is Tuco’s uncle, Hector Salamanca. No surprise there — he was privy to the whole ordeal (even if he was just sitting in a wheelchair ringing a call-bell the entire time). The other minor character making a surprise return is Jesse’s friend Wendy, the crack-whore who was last seen in “And the Bag’s in the River.” Not in a million years would I have ever expected to see her pale face again. But that’s how Breaking Bad operates — everybody has a part to play, and everyone is introduced for a reason.

It’s like every character in the script is a walking, talking Chekhov’s gun. Except for Hector, of course. For obvious reasons.

Even though Tuco’s gone, Walt and Jesse aren’t out of the woods yet. Questions about their disappearance will be asked, which means alibis need to be foolproof. Luckily, Walt is just as good at lying as he is at chemistry — in order to feign a fugue state, he wanders naked into a supermarket across town.

This little stunt certainly passes the Criterion of Embarrassment among his family members, but the hospital psychiatrist still has plenty of questions. Fortunately for Walt, doctor-patient confidentiality allows him to confess that he made the whole thing up in order to get away from his family.

Piling lies upon lies, Walt is eventually released from the hospital and is able to later convince Jesse that they should start cooking meth again. Everything is right again in the world.

Meanwhile, Jesse is having a much harder time with his alibi due to the fact that his car was parked in Tuco’s driveway. The DEA kicks his door down and takes him and Wendy in for questioning. Nevertheless, the pair remain adamant that they were just having an all-weekend meth party and simply didn’t notice that Jesse’s car got stolen.

It’s a good enough excuse, but Hank has one last ace in the hole — he brings in Hector Salamanca to identify him. However, Hector would rather shit his pants than cooperate with the authorities.

Saved by the bell (or lack thereof), in a sense.

“Grilled” was a shot of adrenaline for Walt, Jesse and even Hank. “Bit by a Dead Bee” is able to emphasize the psychological aftermath without sacrificing any of the energy. After seeing the toll that the crystal meth enterprise has already taken, it’s clear that Walt and Jesse need to get out while they still can. Walking butt-ass naked through a Whole Foods should be enough to change your mind. But instead it’s the point of no return — there’s no going back now.

Walt’s phone call to Jesse at the end of the episode only reinforces the edge-of-your-seat line of questioning that comes after every installment of Breaking Bad — what happens now?

-When Walt strips down in the grocery store, you can somewhat see a bin full of pink teddy bears for sale in the background.

-As a souvenir, Hank is gifted Tuco’s grill encased in glass. Although he hasn’t shown it yet, the murder will have a big psychological impact on his usual tough persona.

-This opening act of season two somewhat mirrors the first three episodes of season one: a very complex  and bloody predicament, followed by the surprisingly quick elimination of an adversary, culminating with an alibi-laden clean-up.

-Just like when he denied cancer treatment, Walt makes a very convincing argument to the psychiatrist for wanting to run away from his family. Even though it’s only a half-truth, the dude is once again spitting straight facts (see below).

“My wife is seven months pregnant with a baby we didn’t intend. My fifteen-year old son has cerebral palsy. I am an extremely overqualified high school chemistry teacher. When I can work, I make $43,700 per year. I have watched all of my colleagues and friends surpass me in every way imaginable. And within eighteen months, I will be dead. And you ask why I ran?”