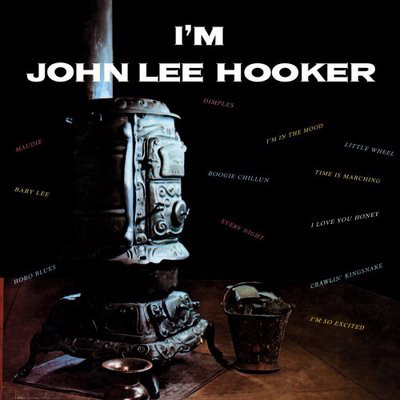 In their two-and-a-half star review of I’m John Lee Hooker, The Penguin Guide to Blues Recordings said, “When Hooker’s Vee-Jay sides first appeared, as singles, they were heartening indications that honest and ungimmicky blues were still being made; heard at intervals, as they were, they gave a hard-won pleasure that one might not stop to examine the detail. Taken at a draught, decades later they are a little less compelling.”

There’s no denying the soulful power of individual electric blues staples like “Dimples” or “Crawlin’ King Snake.” However, when considering I’m John Lee Hooker as a whole, all the songs end up sounding the same.

The compilation LP consists of songs recorded in Chicago from 1955 to 1959 and was originally released on Vee-Jay Records. It captures legendary blues guitarist John Lee Hooker at the peak of his powers. He might not be Howlin’ Wolf or Lightnin’ Hopkins, but I’m John Lee Hooker still deserves to be in any blues fan’s collection, whatever the Penguin Guide might say.