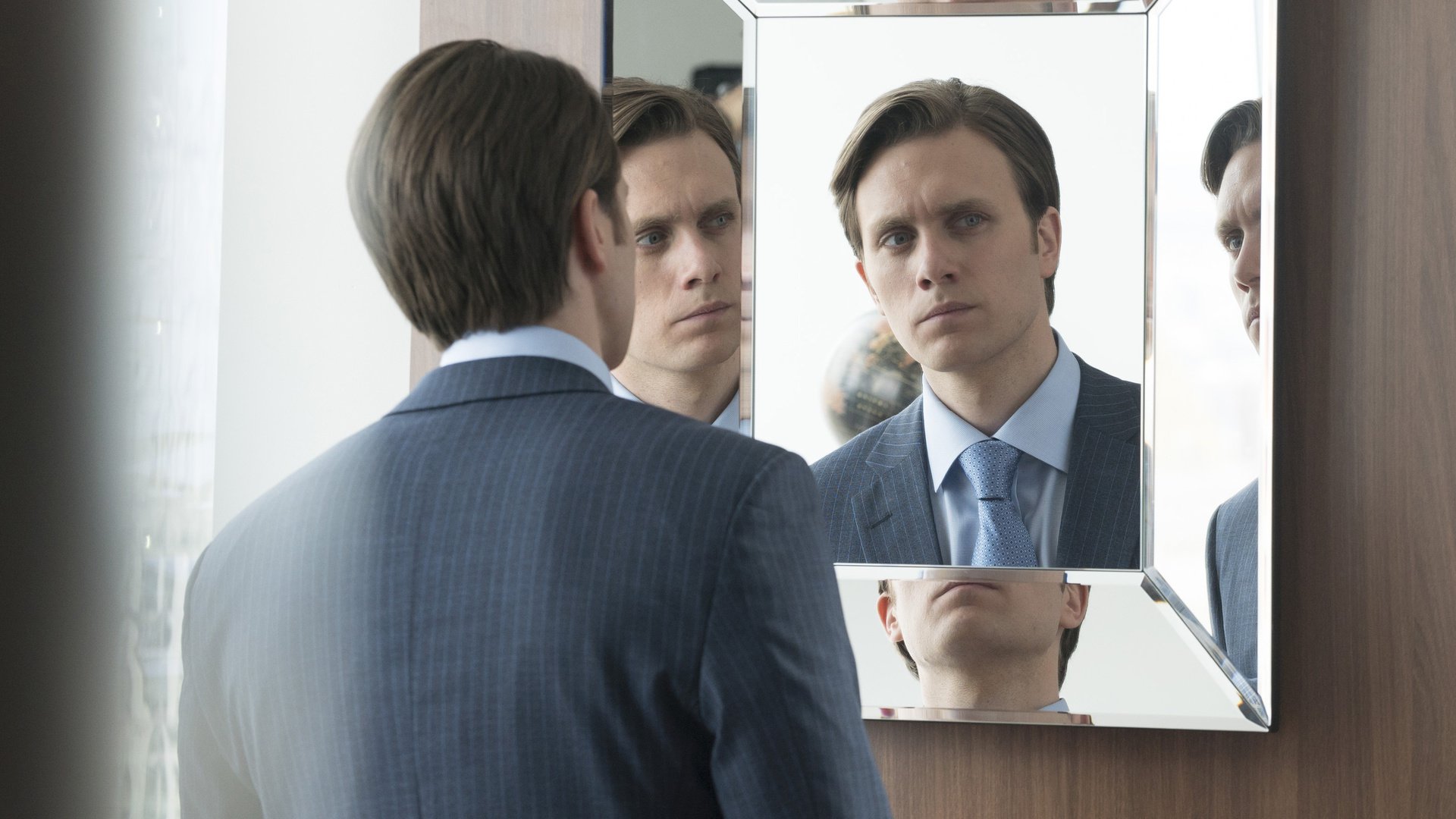 The Curious Case of Tyrell Wellick

The cold open has been, by far, Mr. Robot’s most lethal weapon.  “eps1.2_d3bug.mkv” delivers another knockout intro, this time taking a unique focus on Tyrell Wellick.  He is shown hyping himself up and practicing for an important speech, a proposal that he be appointed Evil Corp’s new Chief Technology Officer.  When he is passed over for the job, he pays a homeless man to let him kick the shit out of him.

Since Elliot’s presence in Mr. Robot has been so dominant, opening from Tyrell’s point of view—interior monologue and everything—is an abrupt, yet welcome, tonal shift.  The robust title card fills the screen at the perfect moment and now we’re off.  Sam Esmail, you devilish motherfucker you, you’ve dunnit again.

The rest of the episode returns to Mr. Robot’s usual structure but still with a large focus on building the secondary characters.  Actually, it’s remarkable at how quickly they are taking form.  Shayla, for one, is becoming the show’s heart of gold.  She becomes Elliot’s girlfriend this episode and, hell, good for him.

Angela, meanwhile, continues her development although I don’t like where she ended up at the end of this one.

Her boyfriend, Ollie, is a total douche.  Not just in his personality, but also in the fact that he’s cheating on her.  He’s a big dummy too, even if he does work at Allsafe.  Last episode, he bought a demo CD from a street-corner rapper and tried to play it on his computer.  By doing so, he unwittingly allowed his computer to be hacked by a Chinese group called The Dark Army.

Now the Dark Army is blackmailing Ollie, requesting that he infect Allsafe with the CD unless he wants to become a victim of identity theft.  Not knowing what to do, he turns to Angela, having to reveal his affair with Stella B. due to the hacked emails.

Here’s my problem.  Angela is ultimately more concerned with the fact that her identity—bank accounts, credit cards, etc.—might be stolen rather than the fact that her boyfriend was cheating on her.  She even buys Ollie’s lame excuses and lets him off the hook, saying that they’re going to have to infect Allsafe together.

Elliot’s narration isn’t as compelling in this episode, but he conveniently ties all the main themes together through his talk of debugging.  For hackers, it’s all about finding the bug, not removing it.

After bad encounters with Darlene (who continues to be annoying) and Mr. Robot (who, let’s not forget, pushed him off the boardwalk last episode), Elliot finds himself walking away from fsociety.  It results in an incredibly funny montage, a la Peter Parker in Spider-Man 2, as Elliot attempts to reset his life.  Now that he’s free of the burden of fsociety, he is free to join in with contemporary society: going to the gym, immersing himself in social media, and drinking lattés from Starbucks.

He even makes Shayla his girlfriend and goes to his boss, Gideon’s, dinner party.  But the perfect façade can’t last forever, as he finds out that fsociety has leaked emails that implicate former E-Corp CEO Terry Colby in covering up a toxic waste leak many years ago.  That toxic waste leak was responsible for causing the leukemia that took Elliot’s father and Angela’s mother.

All at once, Elliot’s world comes crashing down again.  Mr. Robot found his bug.

He closes the episode by returning to fsociety’s boardwalk headquarters in another end-scene that plays up the binge factor—Elliot walking in, sitting down as Darlene and the other fsociety members approach him, opening his laptop and saying, “This is the plan.”  What that plan is won’t be found out till next episode, of course, but I want to find out right now.

Yet, by grade, this is the “worst” Mr. Robot episode so far.  How do you figure, guy?

Well, like I said, Elliot’s narration may suffer from being a little too on the nose this time out.  He basically does TV critic Todd VanDerWerff’s job for him, as the central theme of debugging and how it relates to the rest of the episode is analyzed aloud in Elliot’s narration.

There’s also less of Mr. Robot himself, which is never a plus.

One big plus, though, is Tyrell Wellick.  He only appears in two other scenes besides the intro but both are highly intriguing, adding several mysterious layers to an already interesting character.

Wellick goes to a gay bar, seduces an E-Corp employee (his boss’ male secretary) and secretly installs some software on the man’s cell phone.  Tyrell isn’t gay, it appears, just enacting his plan—whatever it might be—by any means necessary.  The Tyrell shown in this scene and before the credits has striking, whatever-it-takes ambition.  Back home, however, he is a completely different person.  He doesn’t even speak English.

By grade this might be the “worst” Mr. Robot so far, but this debut season has been operating at a staggeringly high level as a whole.  Mr. Robot is like a comet streaking across the sky, a perennial new contender announcing itself with awe and assuredness.