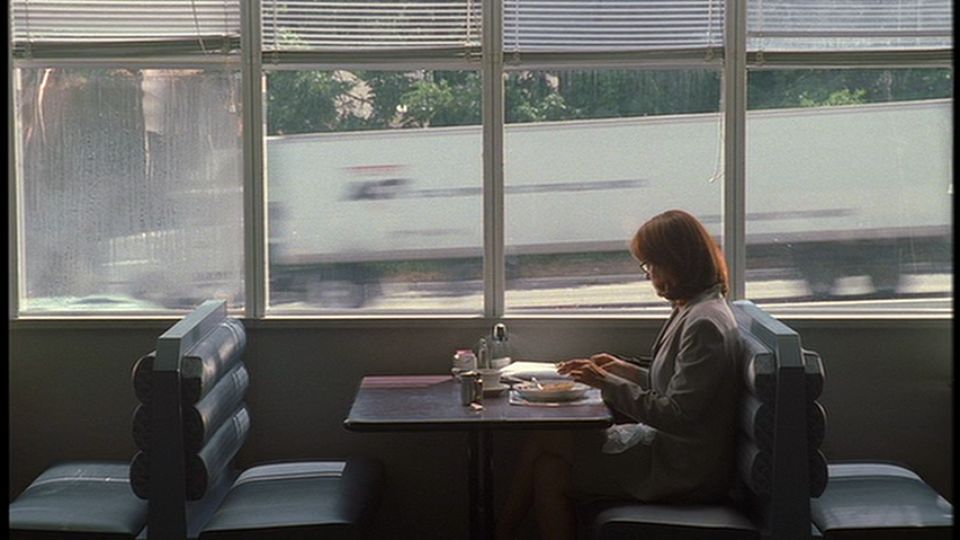 Guy Walks Into a Psychiatrist’s Office: “It Was a Very Good Year”

How do you judge a season premiere like “Guy Walks Into a Psychiatrist’s Office”? First off, I ask myself, am I glad to be back in this world, spending time with these characters again? Or rather, how effectively am I drawn back into it, if at all?

Watching a TV show is an investment, and the downtime between seasons is what makes TV such a unique art form. A season premiere is made to remedy that passage of time, show you that the wait was worth it. This doesn’t mean that it needs to blow you out of the water necessarily, but the premiere should still come off as confident and assured. Perhaps, above all — especially for an early season like this — it should feel welcoming.

“Guy Walks into a Psychiatrist’s Office” is all those things: assured, confident and welcoming. And it opens with one of the greatest “checking-back-in-with-the-characters” montages in TV history — a poetic passage of time set to Frank Sinatra’s “It Was a Very Good Year.”

We see Tony Soprano, now the boss of the family, still unfaithful to his wife; a neurotic Livia, receiving physical therapy in the hospital; Christopher Moltisanti, still a junkie, now with a stockbroker’s license. Uncle Junior is now in prison. Dr. Melfi operates her practice out of a motel. Carmela Soprano is growing increasingly dissatisfied with the state of her marriage. The kids grow up. Life goes on.

The rest of the episode goes on to establish the future developments that season two will take. Tony Soprano tries to start therapy again, but fails to get back in Dr. Melfi’s good graces. Meanwhile, Big Pussy returns and successfully gets back in Tony’s good graces, explaining he had a very good reason for his sudden disappearance.

There is also plenty of mob violence to go around — former Uncle Junior soldier, Gigi Cestone, kills Philly “Spoons” Parisi, who was spreading rumors about Tony’s mother; and later on, two “finance bro” douchebags, Matt Bevilacqua and Sean Gismonte (brokers at Chris’ new firm), pour coffee on a fellow employee and beat him up for not pushing a penny stock.

Mainly, however, “Guy Walks into a Psychiatrist’s Office” gets us back into the swing of things on the domestic front, with character relationships being key. The episode is notable for introducing us to Tony’s sister, Janice, and at first it seems like this could be a mistake: “What if Tony’s annoying hippie sister from Seattle showed up?” The addition will pay off by season’s end, but right now her tolerability depends on her comic relief.

Coming off an iconic first season, The Sopranos knows that it doesn’t need to impress us in its long-awaited return. It does so anyways — the opening montage and the low-key ending are two of the series’ most elegant scenes. Nevertheless, the rest of the storylines remain subtle.

This second season premiere has a keen quality about it. Series creator David Chase is obviously aware that the debut season was an amazing achievement, which is why “Guy Walks into a Psychiatrist’s Office” comes across as supremely confident. Luckily, the episode is never brash. The narrative momentum may have slowed down, but the show’s high efficiency has not.

The episode is directed by Alan Coulter, and I think this might be the most visually stunning episode so far in the show’s run. Much of the premiere’s bravado comes from its mise-en-scène, and we know we are in sure hands whenever Couture is behind the camera. Shots tend to linger and resonate, thus amplifying the characters’ internal struggles.

Above all, it’s good to be back. Even though much of the episode is standard season-premiere fare, it still touches greatness because of its welcoming nature.

It’s rare that a show reaches viewer-comfortability like this in only its second season. Then again, The Sopranos isn’t most shows; it’s the greatest show of all time. We can already tell from this premiere that the second season will be deeper and more intricate, yet also looser and more freewheeling.

This is actually the season where The Sopranos reveals its true self — an experimental TV show that completely breaks with established tradition.

The Sopranos S2E1: “Guy Walks Into a Psychiatrist’s Office…”

One thought on “The Sopranos S2E1: “Guy Walks Into a Psychiatrist’s Office…””