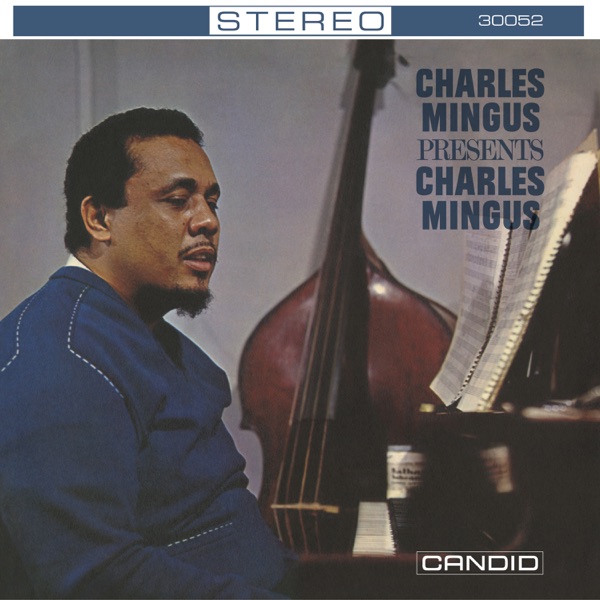 Charles Mingus was a socially awkward man with a fearsome temper. One of the only musicians to ever be personally fired by Duke Ellington (Bubber Miley and Bobby Durham being the others), Mingus often got into onstage fights and altercations with his fellow bandmates. He wasn’t there to make friends; he was there to play jazz, and if you didn’t share his artistic vision, you were as good as gone.

Throughout Charles Mingus Presents Charles Mingus, released in December 1960, Mingus introduces each of the album’s four songs to an imaginary audience. He stumbles over his words and his jokes fail to land. But once the music starts, the words no longer matter. This is one of his most intense LPs, featuring his first full-fledged explorations into avant-garde jazz.

Many of the tunes, most notably the 15-minute “What Love?”, anticipate the innovations of free jazz. Throughout the piece, Mingus and Eric Dolphy engage in a strangely stirring musical conversation between upright bass and bass clarinet that is unlike anything that had ever been attempted before.

Elsewhere, “Original Faubus Fables” (the lyrical update of Mingus Ah Um’s “Fables of Faubus”) is a brutal takedown of the notorious Arkansas governor Orval Faubus, whom the quartet derides as a “Nazi fascist supremist.” It’s rare to find vocal jazz so scathingly effective.