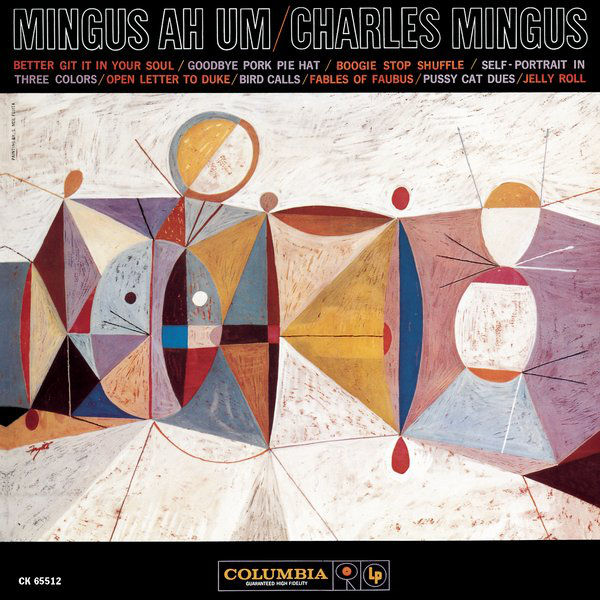 Few LPs in jazz history contain the energy of Charles Mingus’ Mingus Ah Um. A seamless amalgamation of blues, folk and Gospel, all heard through the prism of modern bebop, it remains some of the most innovative music of all time.

Each song is memorable and original, and the entire album is perfectly sequenced — a rarity when it comes to recordings released pre-Rubber Soul. “Better Git It in Your Soul” kicks things off with fanfare and excitement; “Goodbye Pork Pie Hat” and “Self-Portrait in Three Colors” slow things down with serene balladry; “Bird Calls” borders on the avant-garde; “Boogie Stop Shuffle” borders on rock & roll.

Throughout the album, Mingus pays tribute to his heroes: Lester Young, Duke Ellington and Jelly Roll Morton, the latter of which sets him apart from his contemporaries the most. Yet in terms of musical legacies, Mingus Ah Um is the album in which he surpasses them all.