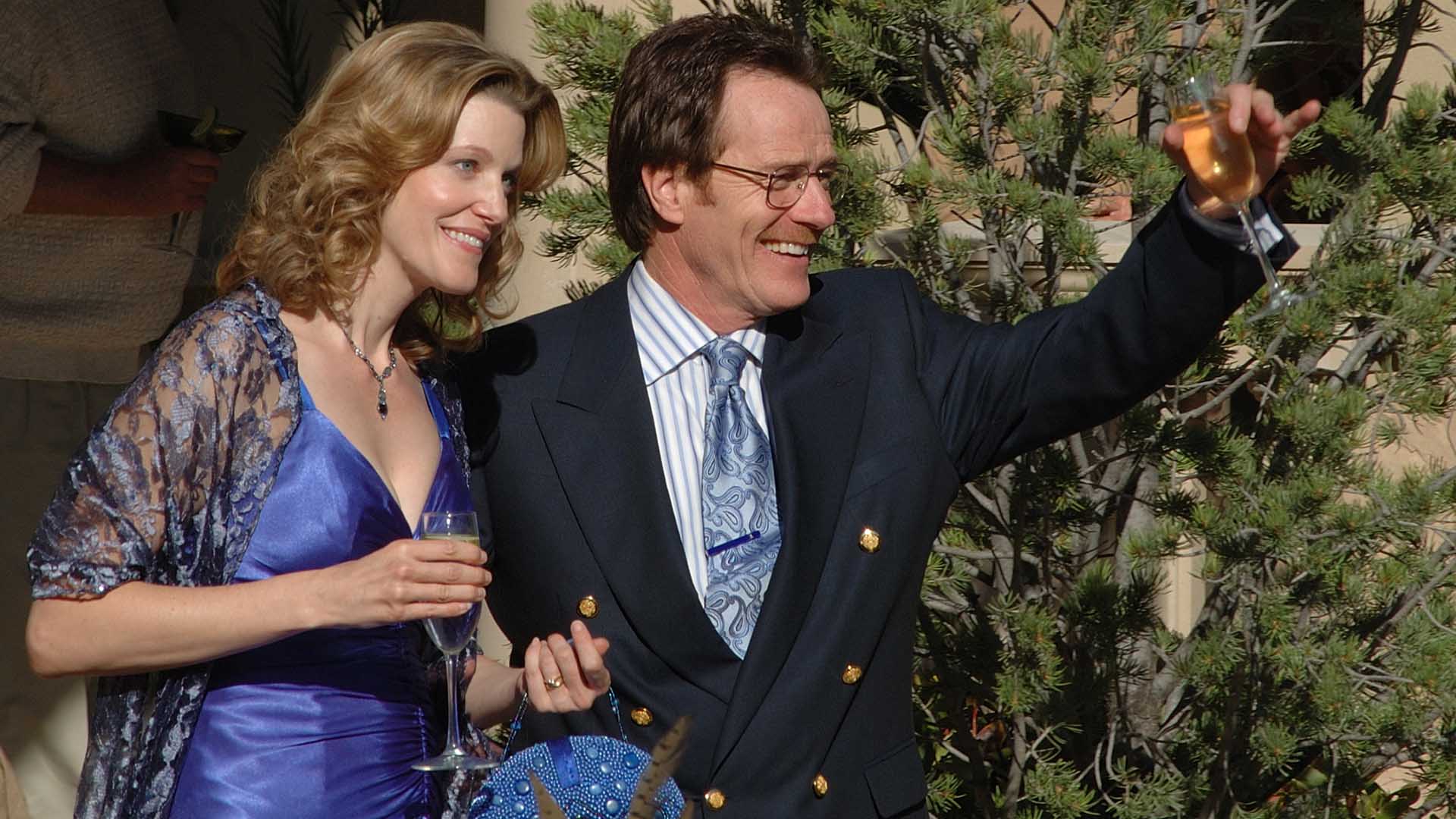 Great family drama doesn’t need to be fast-paced…but it should at least be somewhat entertaining. “Gray Matter,” which is the first episode of the series not to be written by Vince Gilligan, might be Breaking Bad’s least memorable moment.

For those of you reading who have already seen the show, tell me if you remember any of these storylines:

The whole is obviously greater than the sum of the parts, but the total is mediocre overall. Even the last storyline, as enticing as it might sound, leaves plenty to be desired.

First, Walt and Skyler attend the birthday party. The hosts, Gretchen and Elliott Schwartz, are extremely wealthy acquaintances who, respectively, used to date Walt and used to dorm with Walt. Together, the three of them founded Gray Matter Technologies. Walt ended up selling his share of the company for a couple thousand dollars, while Elliott and Gretchen got married and became millionaires.

With embarrassing backstory in tow, Walt is forced to act as the unlucky, downtrodden cancer man; the good guy who never gets the breaks — the background role he’s been playing all his life. It’s the Walter White that everyone knows but it’s hardly the real Walter White. From our perspective, it’s tough to watch.

At least Walt has the decency, or stubbornness, to deny Elliott’s sympathy job offer. He finally takes a stand.

Then there’s the intervention. Skyler hasn’t been the greatest character so far — somewhere between a harmless nag and a heartless bitch — but she has been quite sympathetic. Actress Anna Gunn has pretty much delivered a perfect performance so far. Nevertheless, watching her stage an intervention for Walt is a bridge too far.

Skyler, Walter Jr., Hank and Marie all take turns holding the “talking pillow” and try to convince Walt to undergo cancer treatment. The scene is tense, sure, but it’s also awkward as hell. Once again, Walt is forced to sit there in silence.

When Walt finally gets the opportunity to speak his mind, he makes the most convincing argument against chemotherapy ever recorded. He doesn’t want anyone dictating his future, and he doesn’t want to be remembered as a sickly cancer man in a hospital bed. Choosing how he goes out, he says, is the first time in his life that he has had control over the choice. His decision is final.

By the end of the episode, however, he has a change of heart. Maybe the fact that Skyler has an unborn baby on the way has something to do with it. Which makes the intervention — and Walt’s heartfelt confession — completely arbitrary.

While all this is going on, Jesse meets up with an old friend named Badger and decides to get back into the meth cooking business. Badger, with his winter hat, baggy clothes and scruffy voice, is even more Jesse than Jesse. Meaning he’s annoying as shit.

Their scenes are intended as comic relief — Jesse ironically taking on the role of Walt — but there’s nothing too funny about it. Badger is, in this episode at least, Breaking Bad’s version of Jar Jar Binks. He essentially ruins everything he touches, like King Midas in reverse. The best part of the storyline is when Jesse leaves him stranded in the middle of the desert.

Based on these descriptions, it’s easy to tell that “Gray Matter” is a placeholder episode, nothing more nothing less. At the end of the hour, Walt shows up at Jesse’s house, says “Wanna cook?” and that’s that. It’s a piece-moving installment that gets us ready for what happens next.

Luckily, when it comes to Breaking Bad, episodes like this are few and far between. Nevertheless, we need to still keep things in perspective: the worst of Breaking Bad is still better than the best of most shows.

-Ironic that Walt is the focus of an intervention while Jesse spends the entire episode cooking crystal meth in the desert.

“Sometimes I feel like I never actually make any of my own choices. I mean, my entire life it just seems I never had a real say about any of it. This last one, cancer, all I have left is how I choose to approach this.”