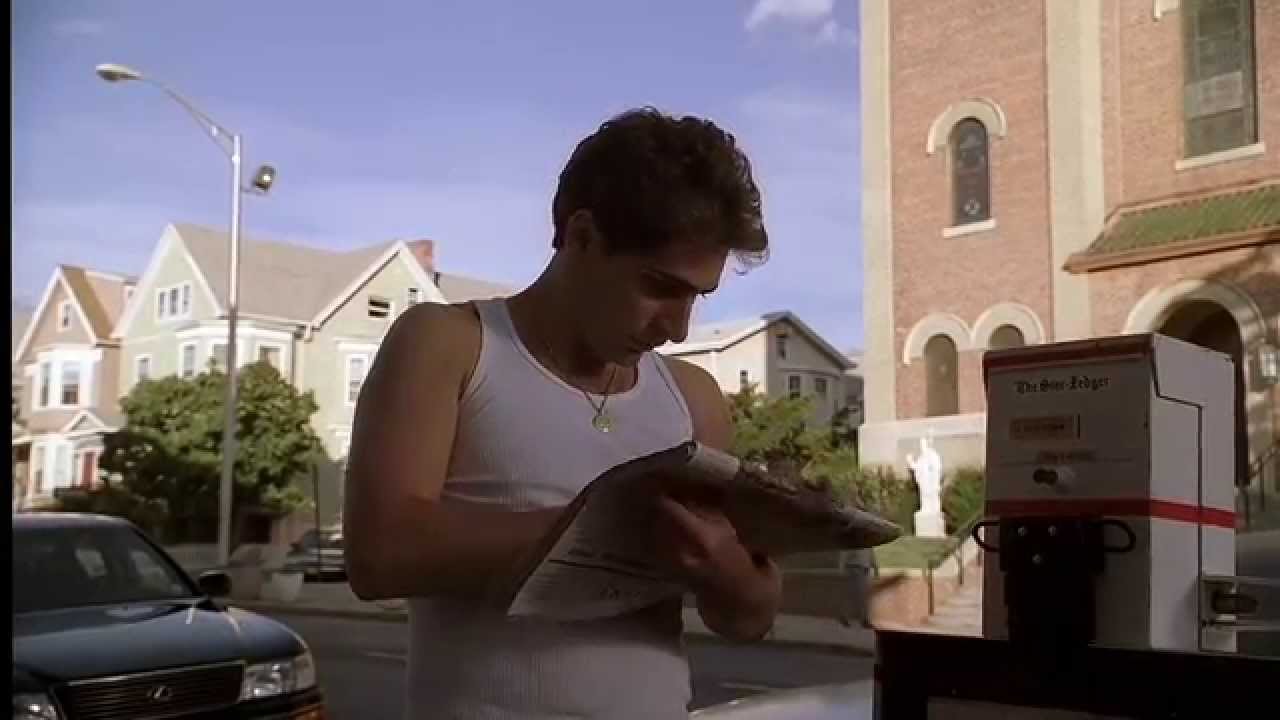 Christopher Moltisanti has always been a somewhat polarizing character among Soprano fans. Some people get annoyed with his loose-cannon antics, but others recognize the overwhelming tragedy of his storyline. As a Chris Moltisanti apologist, I tend to fall into the latter category. This is the episode that did it.

Played by Michael Imperioli, Christopher was introduced throughout the first couple episodes as a hotheaded, cocky douchebag. He was finally humbled in “Denial, Anger, Acceptance” after receiving a mock execution and literally shitting his pants. It was enough to gain a little sympathy. However, “The Legend of Tennessee Moltisanti” is the first time where the character truly earns our empathy.

The episode begins in Chris’ dreams, which is a strange feel at first, but it quickly turns out to be the best dream sequence so far, full of surreal visuals and cryptic motifs. Every night, he’s being haunted by the ghost of Emil Kolar, the man he killed back in the pilot, and it’s enough to drive him paranoid.

Meanwhile, Chris spends his days attempting to write a movie script. The key word is “attempting” — after all, he thought the computer would do most of the work. His low self-esteem is further amplified when the now-deceased Brendan Filone is referred to as a “soldier” and Soprano family “associate” on a local news report. Even with Adriana there to cheer him up, Chris starts to fall into a depressive funk.

Tony and Carmela watch the same news report, and prepare for the worst. An interesting character shade to Carmela in this episode: the entire series, she effectively remains in denial about her complicit role in Tony’s life of crime, yet here she is, helping him stow away cash, guns and stolen jewelry in preparation for the federal indictments.

In true Sopranos fashion, the threat of the FBI is pretty much nonexistent. Agent Harris and the feds arrive with a warrant, search the house, find nothing, another agent named Grasso breaks a bowl, and that’s that. The storyline takes a backseat to what series creator David Chase truly wants to examine — the role of Italian-Americans being cast in a bad light because of the Mafia.

This is thematic territory that Chase will return to time and time again, but it unfortunately results in some of the series’ most unnecessary dialogue. After the raid, Tony and Carmela preach to their kids that law enforcement has always treated the Italians unfairly. “It’s like Michelangelo never existed!” At dinner, they show pride for the old country by referencing famous Italians throughout history. “Everybody knows Antonio Meucci invented the telephone!” And Tony dispels any notions of the Chinese having invented pasta. “Why would people who eat with sticks invent something you need a fork to eat?”

The viewpoints of the Soprano family are then contrasted with the viewpoints of the Melfis. This is our first look at Dr. Melfi’s extended family, and they unfortunately make up the worst scenes of the episode. Her son, Jason, comes across as a pretentious jerk, and her ex-husband, Richard, an arrogant prick. But even Melfi herself is a tad ostentatious. Her disdainful demeanor feels unnatural, and actress Lorraine Bracco’s delivery feels labored and forced.

Richard is ashamed of his Italian heritage, and when he finds out that Jennifer is treating a mobster, he becomes frightened. He suggests Melfi stop seeing her special patient. “Soon you’re going to get down to good and evil. And he’s evil.”

When The Sopranos shines a light on Melfi’s personal life, it always feels like a completely different show. And when The Sopranos runs a social commentary on Italian-American culture, it results in some of the series’ most on-the-nose moments. When the two elements are combined, as they are here, it brings the entire episode to a screeching halt.

“The Legend of Tennessee Moltisanti” earns high marks mainly for the Chris storyline, in which he goes from hubristic punk to lovable underdog. Full of pathos and humor, his Hollywood aspirations also carry a shade of tragedy. Although he dreams of writing mob stories, he’s forever resigned to be a character in one.

Take this scene, for example — Chris is waiting in line at the bakery, feeling downtrodden. To make matters worse, the cashier behind the register is being a major prick for no good reason. Fed up, Chris pulls out his gun, forces the kid to fill a box with cannoli and then shoots him in the foot. “It happens.”

It’s a hilarious scene that shows gruesomely endearing shades to Christopher’s character. On a more serious note is his conversation with Paulie, in which he confesses that he’s been depressed, unable to find purpose in life. The apartment is dark and dingy, with perfect music in the background. Backed by “Summertime” by Booker T. & the M.G.s, the scene carries great emotional weight. “Where’s my arc, Paulie?”

In a similar vein is his conversation with Tony.  After Tony boxes Chris in the head, and chastises him for his carelessness throughout the episode, he feels sympathy for his nephew, and tries to connect with him. However, the conversation goes nowhere. Chris remains too closed off and distant, unable to confess his true feelings. Same for Tony, who is unable to admit he’s seeing a therapist.

The scene is excellent in the way that it shapes the whole Tony and Chris dynamic throughout the series. Although they view each other as father and son, there is very little love between them.

Haunted by nightmares, a failed script and a lack of recognition, Chris spends the days lying in bed. But a phone call from his mother, voicing concern because his name was mentioned in the newspaper, is enough to give him a renewed sense of purpose.

The episode ends with a shot of Chris driving up to the nearest street corner, and joyfully seeing his name in print. With a smile on his face, he grabs the entire stack of Star-Ledger’s, and then speeds off. A great moment for our newest antihero.

They say once a television character has had a moment that truly endears them to you, it’s hard to turn your back on them. Despite “The Legend of Tennessee Moltisanti” featuring some dry social commentary, the episode is best remembered as a signature triumph for Chris.

The Sopranos S1E8: “The Legend of Tennessee Moltisanti”

2 thoughts on “The Sopranos S1E8: “The Legend of Tennessee Moltisanti””