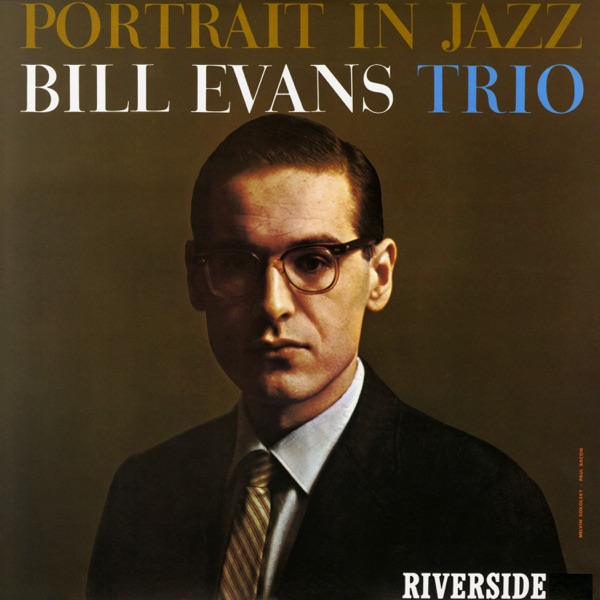 The original Bill Evans Trio, which included bassist Scott LaFaro and drummer Paul Motian, continues to have an everlasting influence in jazz music despite their brief existence. Having formed in 1959, they immediately became one of the most celebrated ensembles in the world, embarking on several successful tours and residencies across the United States. Portrait in Jazz, released in 1960 on Riverside Records, was their first studio album together.

Portrait in Jazz expands upon the iconic Everybody Digs Bill Evans by giving equal prominence to all three musicians. In a sense, there are no solos. Or, from a different perspective, everything is a solo. The technical and emotional interplay is truly seamless.

In theory, this is the definition of “free” jazz. However, the music couldn’t be further from the avant-garde: a semi-upbeat brand of modal jazz featuring tight arrangements and classically influenced harmonics. Whatever you might call it, though, Bill Evans is an entire genre unique unto himself — his sound is one-of-a-kind.

On every song, LaFaro’s double bass is on equal footing with Evans’ lead melodies, providing perfect complement and counterpoint to each note. Meanwhile, Motian isn’t just a drummer-as-timekeeper; he is a drummer who brilliantly matches Evans’ impressionism. As a result, Portrait in Jazz is, for lack of a better word, truly beautiful.

The standards (“Come Rain or Come Shine,” “When I Fall in Love”) are melodious wonders remade in Evans’ image, while the stunning rendition of “Blue in Green” that closes the LP reminds us that he helped to reshape modern music just as much as his mentor.

Like most Evans albums, Portrait in Jazz remains timeless. The piano playing is unparalleled — circa 1960, you could probably say he was the best in the world. Yet the real reason that the album endures is because of the unbroken synergy that radiates throughout every song. With every performance, the Bill Evans Trio proves that subtle interplay works best in small settings, and innovation doesn’t need to be in-your-face.