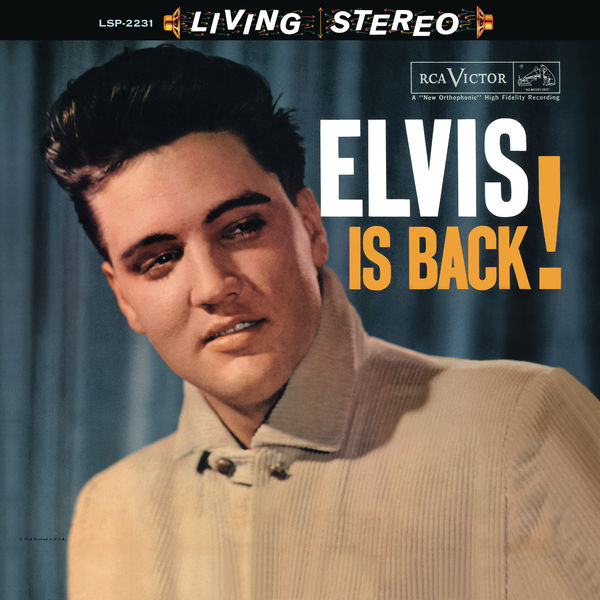 Album: Elvis Is Back!

It’s almost hard to fathom that Elvis Presley, the single most popular musician of all time, was drafted into the U.S. Army in 1957, right at the zenith of his commercial success. Presley humbly took it in stride yet secretly worried that his career was all but over. RCA Victor on the other hand had planned for his two-year absence with several compilations and soundtracks to hold over hungry listeners. Nevertheless, the general public was starved for new Presley material, which made Elvis Is Back! the most anticipated album of all time back in 1960.

Presley came back from the service with a newfound musical ambition and an expanded vocal range. As a result, Elvis Is Back! features his most advanced material. Presley’s traditional rock and roll seamlessly combines with pop, R&B and gospel to create a unified sound that is both sophisticated and messy at the same time. The melodies are catchier (“The Girl of My Best Friend”), the vocals are more seductive (“Fever”) and the show-stopping sax solo that closes out “Reconsider Baby” hint at rock music’s untapped potential.

All in all, Elvis Is Back! is Presley’s most enjoyable album.

“Elvis Is Back!” Album Review