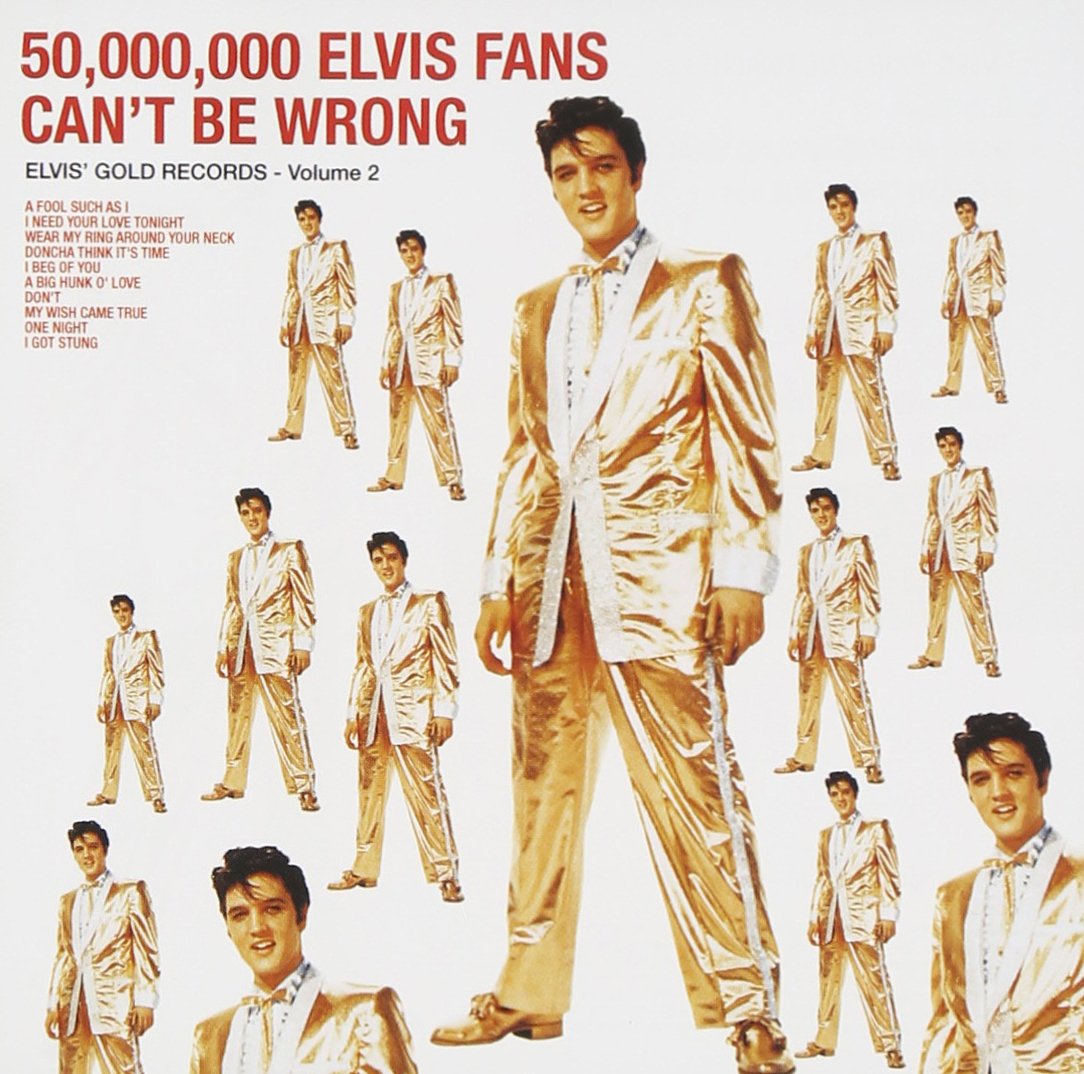 After Elvis Presley was inducted into the U.S. Army in 1958, the entire world was faced with the prospect of having to live without the King of Rock ‘n’ Roll for two whole years. No songs. No concerts. No movies. Colonel Tom Parker and RCA Victor sought to remedy this situation by issuing several compilation LPs throughout the intervening wait.

1959 saw the release of three albums: For LP Fans Only, A Date with Elvis and 50,000,000 Elvis Fans Can’t Be Wrong. The LPs contained previously released Presley singles ranging in recording date from 1954 to 1958. Some of the tracks are obscure, others not so much. However, the greatest accomplishment is that the rollout wasn’t just a haphazard cash-grab; each record remains a carefully-sequenced piece of work.

For LP Fans Only, released in February 1959, contains several rarities that date back to the early Sun Records days. This was when Elvis was at his best. Throughout the album, Presley sounds virile and invigorated. Likewise, Scotty Moore delivers some of his greatest guitar solos, most notably on the scorching “Shake, Rattle and Roll.” The entire collection is a perfect example of rockabilly done right.

A Date with Elvis (released in July 1959)follows the same format but with only half the charm. The LP is made worthwhile by the rip-roaring rockabilly of “Baby, Let’s Play House” and the inspired R&B of “I Want to Be Free.” It’s not a bad album, by any means, but the simplistic songs work better as singles. And at only 23 minutes, it’s a little lightweight.

Likewise, 50,000,000 Elvis Fans Can’t Be Wrong (also known as Elvis’ Gold Records: Vol. 2, released in November 1959) errs more toward bottom-of-the-barrel rather than top-shelf. The instrumentation is fine, but the performances are quite goofy. The lone exception is “Doncha’ Think It’s Time,” which is a bona-fide classic featuring one of Presley’s finest arrangements.

These three LPs successfully held down the fort while Elvis completed his military service. Although the material isn’t up to par with the King’s greatest collections, it’s still a necessary addition to his extensive legacy. It also helps set up Elvis is Back! as the most anticipated comeback of the decade.