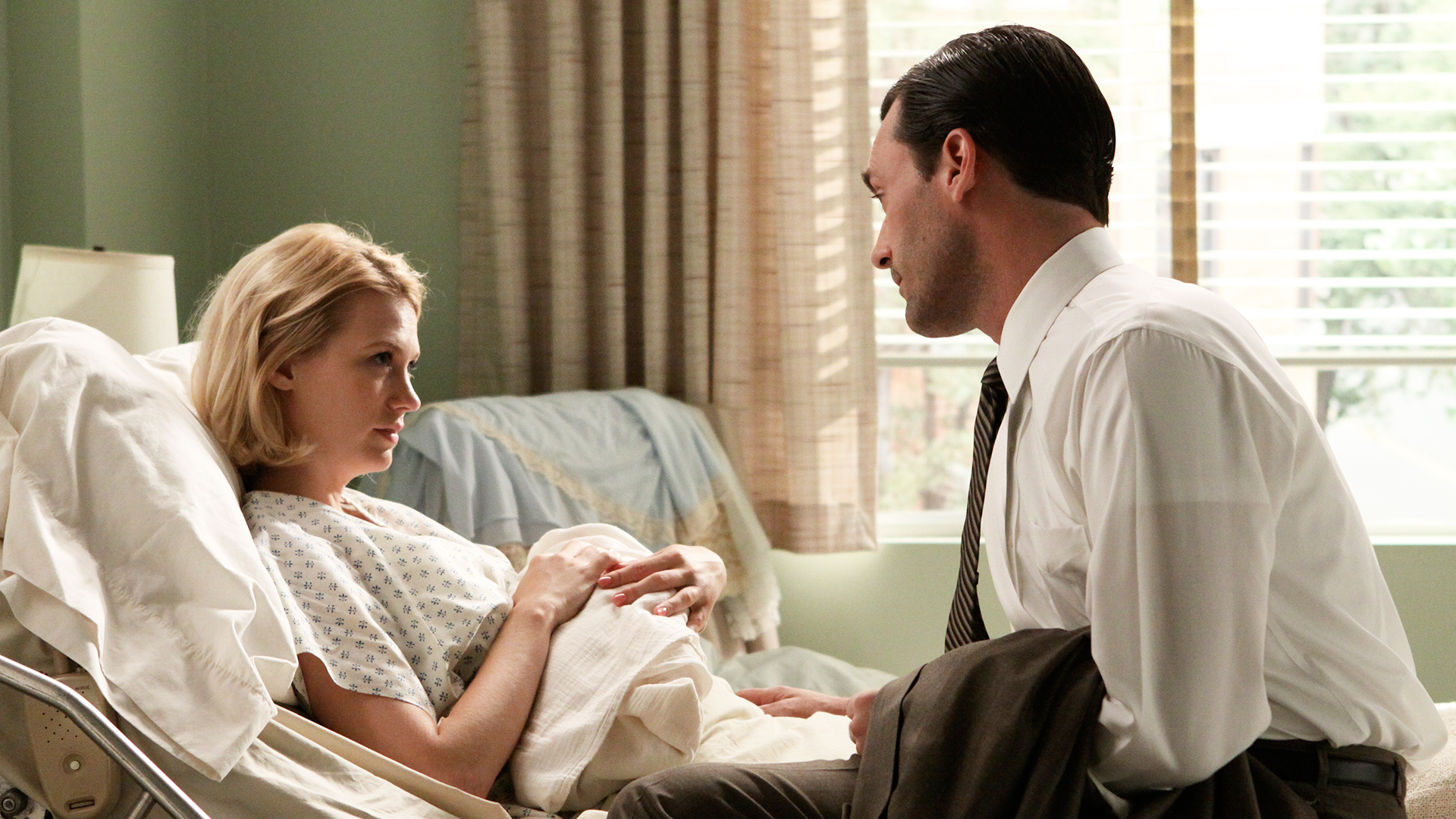 Mad Men episode titles often have double, sometimes triple, meanings. There’s the literal interpretation: London Fog raincoats are one of Sterling Cooper’s newest clients — and then there’s the figurative: Betty Draper says “it was all a fog” to describe her hallucinatory trip through childbirth.

More often than not, however, the episode title can apply to everyone and everything. For example, Don Draper tries his hardest to feign interest in welcoming another child, yet his emotions remain blanketed by indifference. Elsewhere, Pete Campbell tries to convince a client that African Americans are a viable new demographic, but the CEO’s judgment is clouded by racism and prejudice. Every decision made in the episode is muddled by a metaphorical fog.

Likewise, the episode itself bears a mysterious atmosphere befitting of its name. Even though it may not be a Mad Men masterpiece, the installment remains notable for its extended dream sequences, which are about as un-Mad Men as it gets.

The aforementioned dreams are the best parts of the episode. Surprisingly, they belong to Betty rather than Don, which gives some valuable introspection to the series’ most misunderstood character. Don, meanwhile, is sidelined in the waiting room while his wife enters a morphine-induced fantasy world.

Like I said before, the dream sequences are somewhat at odds with the series we’ve come to know. All of a sudden, we’re seeing a childlike reverie replete with classical music and CGI caterpillars. It’s quite jarring, but also visually stimulating — a welcome change of pace.

Her second dream sequence is somewhat more surreal, as she encounters her dead father and mother in the same room as Civil Rights activist Medgar Evers, who bleeds out on the kitchen floor. It reflects Betty’s fragile mental state, highlighting the overbearing and overprotective parents who shaped her into the depressed woman she is today.

These scenes might not mean much in the larger scheme of the series, but within context of “The Fog,” they fit perfectly. Betty wakes up from her sleep filled with doubt — about her childhood, about her marriage and about the newborn baby sleeping in her arms.

Don’s experience in the hospital is much more in line with Mad Men’s literary aesthetic. He sits in the waiting room talking to another expectant father, bonding over shared experience. However, he doesn’t share the same hopefulness. When Don says, “Our worst fears lie in anticipation,” he’s merely blowing smoke.

Once again, Don realizes he’s a man who has everything, yet he’s unable to appreciate any of it because he doesn’t know exactly what he wants. If he can’t enjoy things, then why should anyone else? At the end of the episode, he coldly spurns Peggy Olson when she comes to him begging for a raise.

Yet for all Don’s soul-searching — and despite the somewhat humorous subplots involving Peggy, Pete and Duck Phillips — the episode belongs to Betty. She undergoes a truly harrowing experience, yet emerges from the other side triumphant. And when she wakes up in the middle of the night to check on her crying newborn — forging through a fog of literal and figurative darkness — it’s one of the most heartwarming moments of the series.