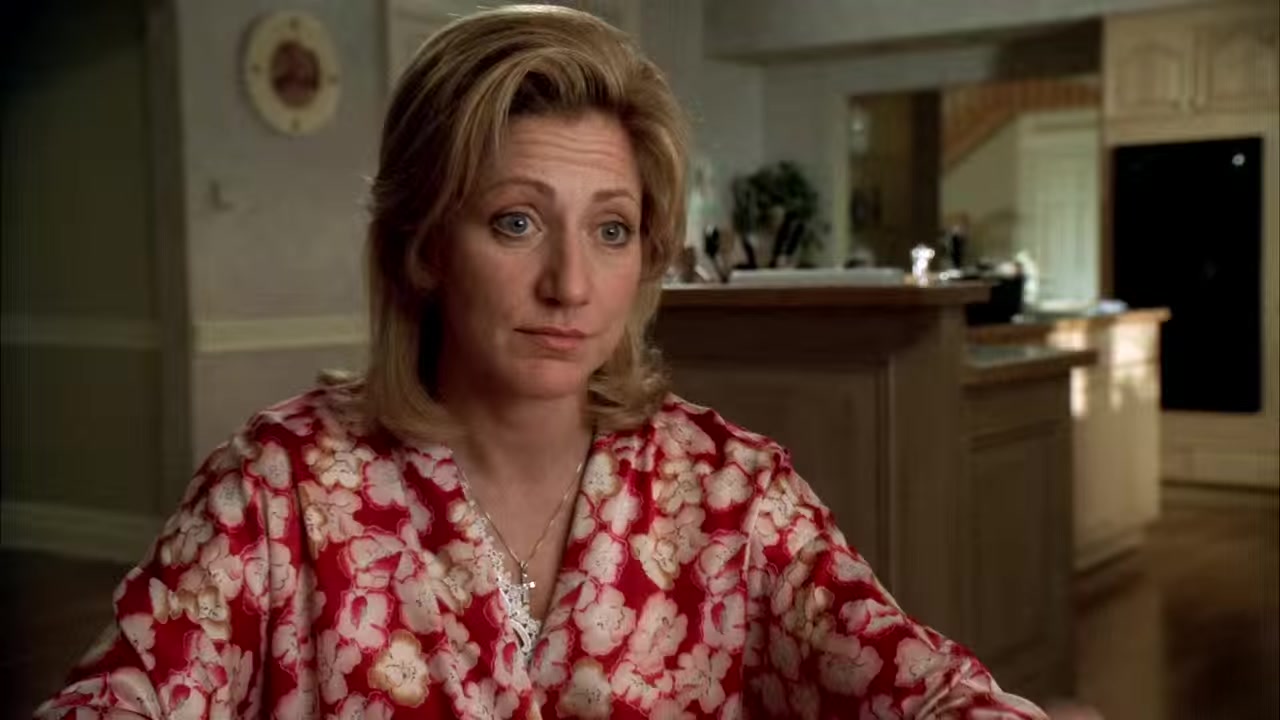 For All Debts Public and Private: “World Destruction”

Even though season three of The Sopranos was a downward spiral full of doom and gloom, it still represented the last gasp of the “Mafia golden age,” a concern that Tony Soprano had voiced all the way back in the pilot. But now, starting with season four, the good times are truly over and the rest of the series will carry an apocalyptic tone that will continue to grow more catastrophic as we approach the end.

We’ve reached The Sopranos’ midway point, and it seems that series creator David Chase has begun a tonal reset. In hindsight, the season three finale paved the way for a newfound aesthetic based on minimalism. As a result, “For All Debts Public and Private” is more cynical — and more sluggish — than any Sopranos episode that came before.

That doesn’t mean “sluggish” is a bad thing. Sure, the season four premiere gives new meaning to the term “nothing happens,” but that doesn’t mean the episode is boring. Perhaps the right word is “anticlimactic.” The characters are now feeling the weight of the world more than ever — problems that once seemed minor are now causing major headaches.

Season four is also the first time that current events play an important role in the series. Taking place after the 9/11 terrorist attacks, a noticeable malaise hangs over every scene. Fittingly, the economic downturn plays a central role in the storyline. In years past, the action consisted of robbery, murder and mafioso power struggles; now, the main concerns are stocks, bonds and real estate racketeering.

That might be why season four is ranked by fans and critics as The Sopranos’ “worst” chapter. Aside from the slow pace, this is also the point where Chase starts to make us hate the characters we once loved. For instance, Christopher Moltisanti has become an unrepentant heroin junkie, Ralph Cifaretto and Janice Soprano have begun a cocaine-fueled romance, and even Tony himself has turned into a coldhearted tyrant with no redeemable qualities.

Ironically, even the murder scenes are less “fun.” When once we couldn’t turn away from the gritty violence, we now find it hard to watch: Chris kills a cop who may or may not have murdered his father, yet the scene has nothing to do with triumphant redemption. Instead, it serves as an indictment of the series itself.

Nevertheless, the scenes featuring Chris’ coldblooded murder remain the episode’s most memorable. Tony tips him off about the cop who killed Dicky Moltisanti over 20 years prior, and it seems clear from the start that he’s lying to his young protégé. Either way, the heroin-addled Chris is vulnerable enough to believe anything Tony tells him.

The truth is never revealed — Tony might just be using Chris’ emotional shortcomings as a way to knock off a random enemy, or he might actually be helping Chris get revenge on his father’s murderer. In either scenario, the cop still dies. Chris breaks into the man’s home, handcuffs him to the staircase and laughs after he shoots him from point-blank range. He then takes a $20 bill from his wallet.

The ending of the episode, in which Chris pays a sentimental visit to his unloving mother, is the finest scene of the hour. After a stilted conversation about his dad that doesn’t go quite like he planned, Chris departs his childhood home, but not before pinning the $20 bill to the fridge with a magnet, as if it’s some trophy to proudly display. The camera zooms in on Andrew Jackson’s eye as the end credits roll, showing that the banknote represents nothing more than the root of all evil.

If you hadn’t guessed by now, season four of The Sopranos is unrepentantly anti-capitalist, and every episode is a condemnation of the characters who benefit from America’s broken system.

Whereas previous season premieres welcomed us back into the world of The Sopranos with open arms, “For All Debts Public and Private” purposely keeps us at arm’s-length. The editing is quicker and more freewheeling, doubling back between scenes and storylines that seem to have no correlation (e.g. the FBI agents at the beginning of the episode intercut with Carmela and AJ at the breakfast table).

Yet this disjointedness is all part of season four’s clever mise-en-scène, which allows the plot to jump through time at a rapid clip despite the overall slower pace. It may take a few episodes for this new style to fully sink in, but it perfectly complements the confusion that has enveloped the characters.

It may not be the most interesting installment of The Sopranos, yet it remains one of the series’ most realistic. Like most episodes in season four, “For All Debts Public and Private” rewards upon repeated viewing.

The Sopranos S4E1: “For All Debts Public and Private”