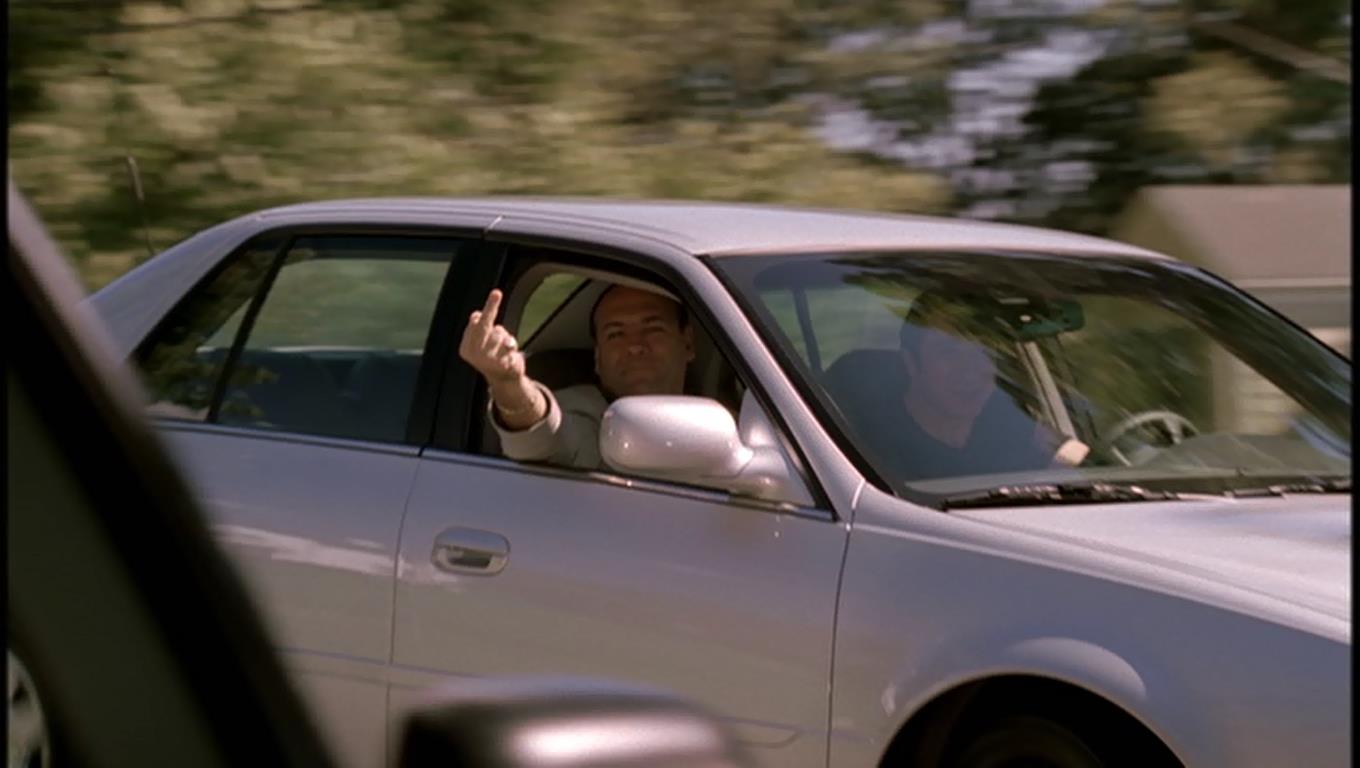 “Mr. Ruggerio’s Neighborhood” is my favorite Sopranos season premiere. Rich in detail, extremely well-acted, symbolic of the show itself … and completely inconsequential. It’s a one-off that one-ups the other one-offs, a standalone that stands alone from other standstills.

It’s a farce, a caper, a comedy classic. The Sopranos themselves aren’t even featured right away. It’s an outsider’s perspective told from the FBI insiders’ point-of-view. Tony steps out of the limelight, so Federal Agent Harris and co. can steal the spotlight — figuring out how to spy on Tony via lamplight.

Enough with the wordplay. This is supposed to be serious, right? I’d compare the artistic thrust of “Mr. Ruggerio’s Neighborhood” to an introductory vignette in a film, or an epigraph in a book. It encapsulates the entire scope of season three without appearing to say much at all.

In other words, “Mr. Ruggerio’s Neighborhood” is a fun time for all, plain and simple.

In my review of “Guy Walks Into a Psychiatrist’s Office,” I mentioned that a season premiere should, above all, feel welcoming. In Year Three, The Sopranos greets us with open arms.

The FBI views Tony with naiveté, as if he’s an untouchable gangster in a Howard Hawks film. In turn, they view themselves with extreme hubris, like G-men in a Superman cartoon. Agent Harris and crew cook up an elaborate scheme to plant a bug within the Soprano’s basement. It involves the painstaking recreation of a desk lamp, tirelessly following every member of the Soprano household (including the Norwegian housemaid) and precisely timing the whole operation down to the millisecond.

There’s plenty of humor in the episode, the biggest joke of all being that for the Sopranos, nothing much happens. The FBI watches from afar as Tony meets with the fellas for lunch. Topics of conversation include identical twins, hot water heaters and the amount of bacteria at the end of a shoelace.

Maybe series creator David Chase wants to show us that these mobsters are more like ourselves than we realize. “Hey, he’s got the Black & Decker. I’ve got one of those!” an FBI agent says of Tony’s chainsaw.

The entire episode is told from the FBI’s point of view, making it the most uncharacteristic hour in Sopranos history. How is it so good then? Aside from being a funny, lighthearted, meta-narrative on what it’s like to watch The Sopranos, the episode also features the best musical cues in the series.

“Mr. Ruggerio’s Neighborhood” goes the extra mile with its soundtrack, with the finest remix in television history — a synchronized mash-up of the Peter Gunn theme and “Every Breath You Take” by The Police.

The two songs match up so perfectly that it’s amazing no one else discovered it first. The Sopranos uses the “new” song’s charisma to excellent effect, featuring several times throughout the episode. And each time is better than the last. Sometimes a TV episode will leave you in anticipation for a character’s next appearance; “Mr. Ruggerio’s Neighborhood” has us anxiously awaiting a musical selection.

Closing with Elvis Costello’s “High Fidelity” is another musical high point, sending us out on a mocking high note. It’s a perfect valediction — the FBI listens in on Tony and Carmela discussing sweet nothings. The tapes roll, and as always with The Sopranos, life goes on.

“Mr. Ruggerio’s Neighborhood” serves as a perfect epilogue for the easygoing comedy of season two, and a perfect prelude to the new era beginning in season three. Above all, however, it’s just good to be back.